Due to high volume of orders shipments can be delayed

"A Nightmare on Elm Street" become an Air Max 95

To celebrate Halloween Nike dedicates its themed release to one of the scariest and most iconic characters in cinema: Freddy Krueger

Nike and Freddy Kruger meet again for a special release for this year’s Halloween, and what character could be better than one of the most iconic villain in the horror genre.

As part of the “A Nightmare on Elm Street” film series, Freddy Krueger first appeared on the big screen in 1984, in the iconic and successful "A Nightmare on Elm Street", one of the first splatter movie in history, which scared and won generations of spectators, making Freddy Krueger almost synonymous with the horror genre, like other iconic villains like Jason from the “Friday the 13th” series and Michael Myers from “Halloween”.

In this series of movies Freddy Krueger is the spirit of a serial killer who, with a glove equipped with razors at the ends of his fingers, torments and kills his victims in dreams, using their greatest fears at his advantage, as if this were not enough to make him an unforgettable character, even his appearance is no less: burnt skin and face disfigured by the fire in which he died, brown fedora hat and the most distinctive element of his wardrobe together with the gloves with blades, the iconic sweater with red and green horizontal stripes.

Over the decades following the release of the first movie, also thanks to the subsequent instalments of the series, Freddy Kruger has become even more a pop culture star, surpassing even the popularity of the films in which he appeared, and becoming a true icon of cinema; appeared in commercials (including one from 2006 which was even banned in Italy for being too scary for children), made several cameos in TV series, was mentioned in dozens of songs and they even built imaginative movie crossovers on him, like Freddy vs Jason. 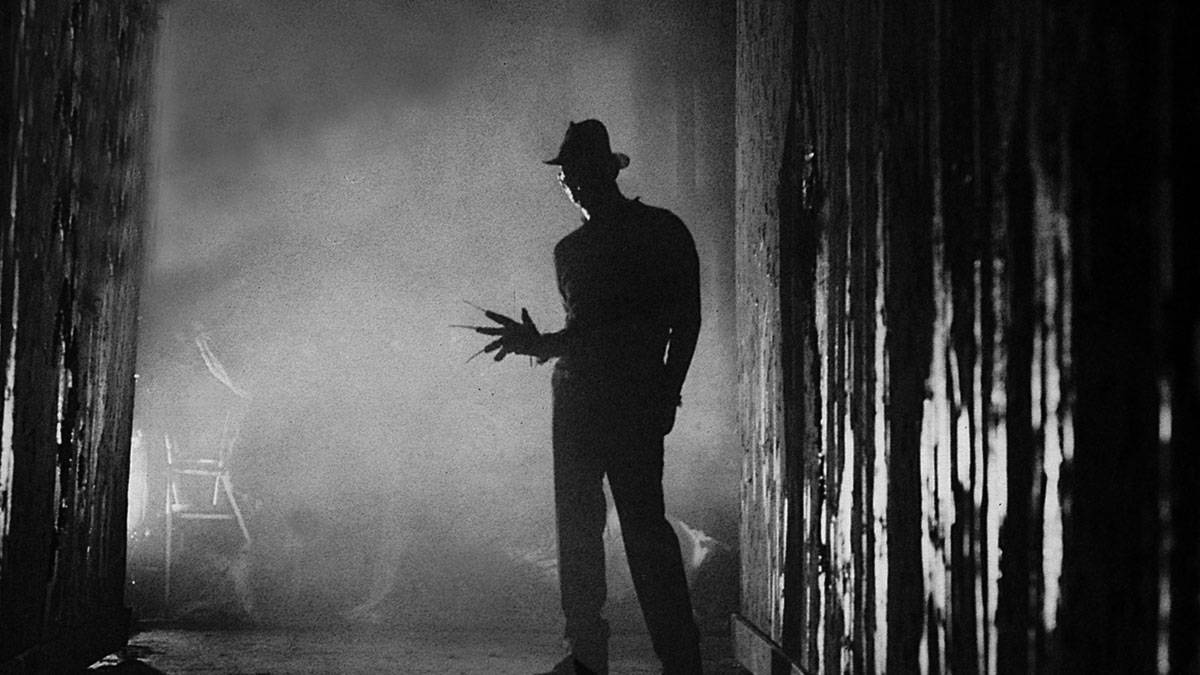 In the world of sneakers, it would be impossible not to mention the iconic 2007 Nike Dunk SB Low Freddy Krueger: removed from the market even before its release due to legal problems with the producers of "A Nightmare on Elm Street", only a few pairs of this model survived after Nike had given the order to burn all the existing pairs, a detail that seems almost perfect, considering that Freddy Krueger himself was killed in a fire.

This year Nike celebrates this horror cinema icon again, on a different model, the beloved Air Max 95, designed by Sergio Lozano, who used human anatomy as inspiration for the design of this model, as can be seen from the upper, reminiscent of a complex system of tendons and muscles, with the various layered panels reminiscent of muscle fibers and flesh and if you look at the shoe from the back, you can see how it resembles the human spine with its accompanying vertebrae.

Undoubtedly there could be no better model for a Freddy Krueger celebration, the shoe features a very distinctive look, with the upper featuring a combination of University Red, Team Red and Velvet Brown, an ode to the outfit of the most famous villain in the world.

The tongue is decorated with a checkered pattern, on which a silver panel with splashes of blood is placed, a reference to the metal razors, Freddy's weapon, this detail can also be seen on the heel of the shoe.On the inner sole instead you can see a Nike logo dripping with blood.

The shoe is then completed with an aged-look midsole, a reference to the film, released more than 30 years ago. 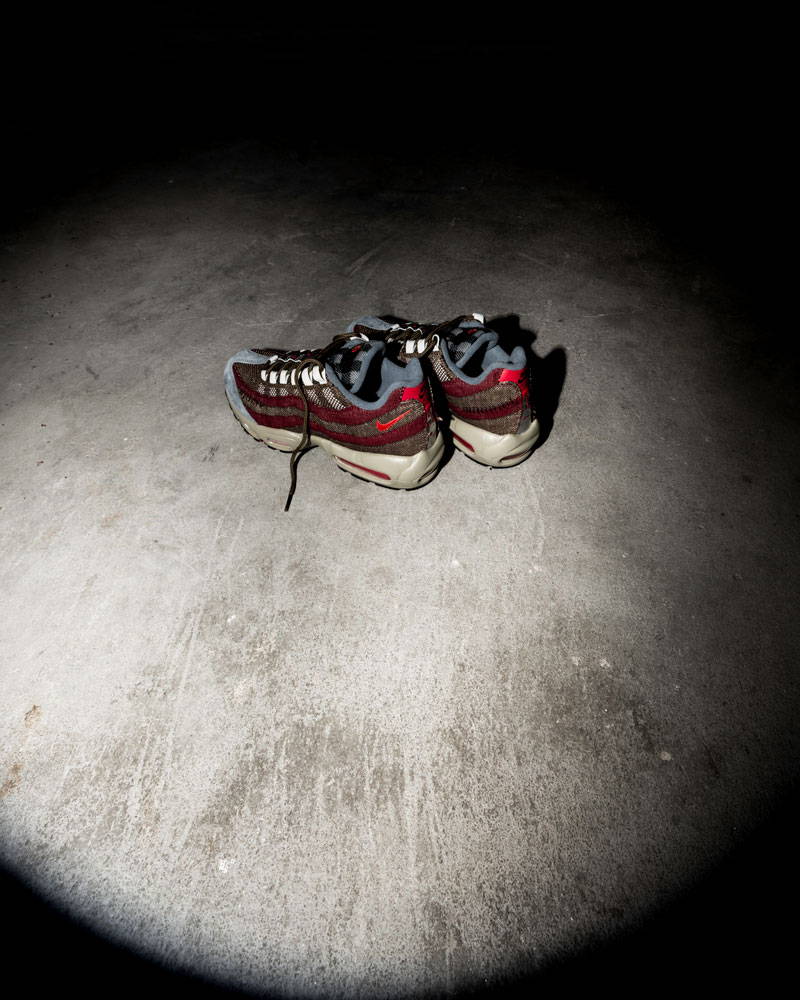 To celebrate the release of this silhouette we have something in store for you, the appointment is on Saturday, October 31st at 11AM (CET).

Event ended, thanks for partecipating.

Raffle winners will be contacted within 24 hours.

Were you unable to partecipate?

Subscribe to our Newsletter in order to stay updated.