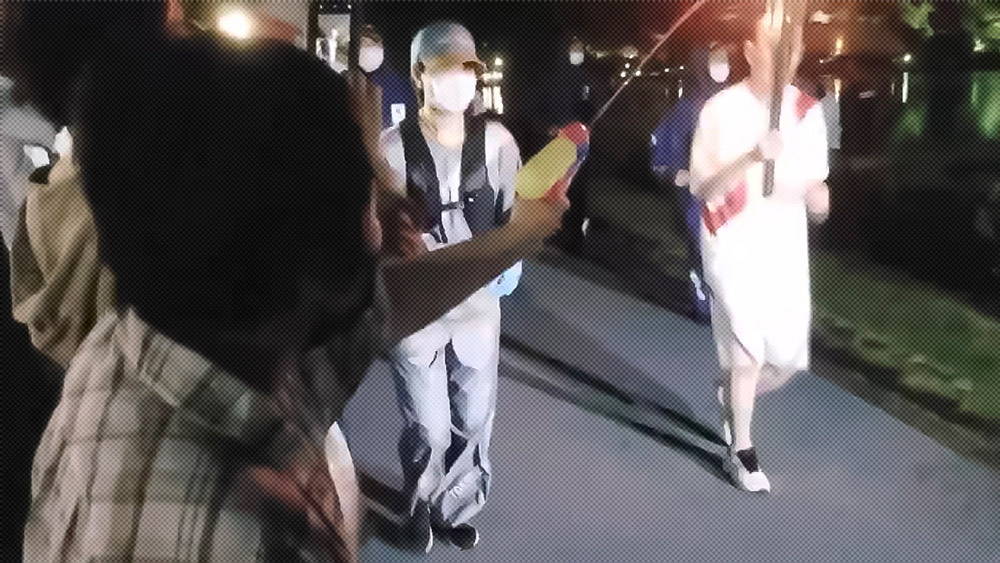 Research 29/021
A Visual Exploration of Protest at the Olympics

Being one of the world’s most important sporting events, the Olympic Games is an undeniable focal point for billions around the world. For this reason, it has seen its fair share of protests, both regarding the structure of the Olympics itself and nation-specific imbalances.

The history of protest at the Olympics is long and tumultuous, with the first ever protest to be held by an athlete said to have taken place in 1906 at an Olympic event held in Athens. While this event was official, it is no longer recognized by the International Olympic Committee as so.

Irrespective of this, it was here that the Irish track and field athlete Peter O’Connor was forced to compete for Great Britain. After O’Connor won the silver medal, he protested against his forced nationality by climbing up a flag pole and placing a green flag with the words, “Erin Go Bragh” written on it. “Erin Go Bragh” is the anglicization of an Irish language phrase, “Éirinn go Brách”, and is used to express allegiance to Ireland. It is most often translated as "Ireland Forever."

Scroll down below to read our visual exploration of protest at the Olympic Games throughout the decades. 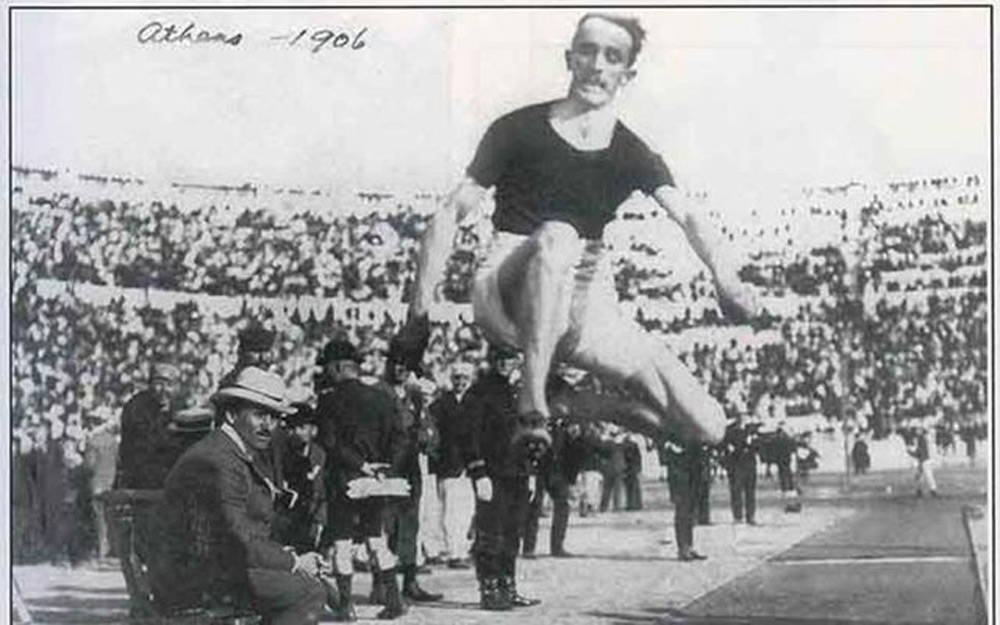 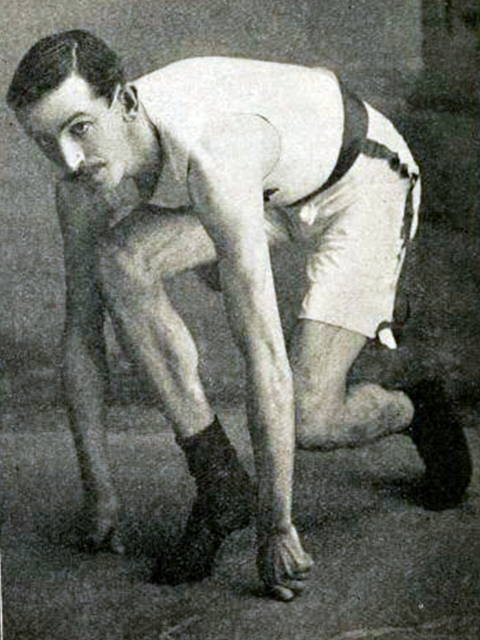 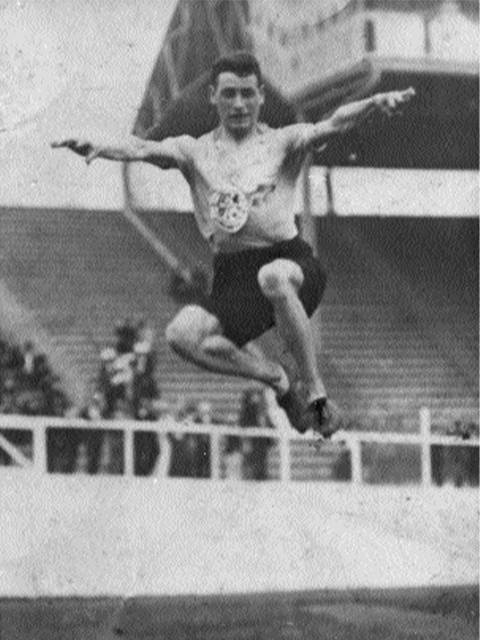 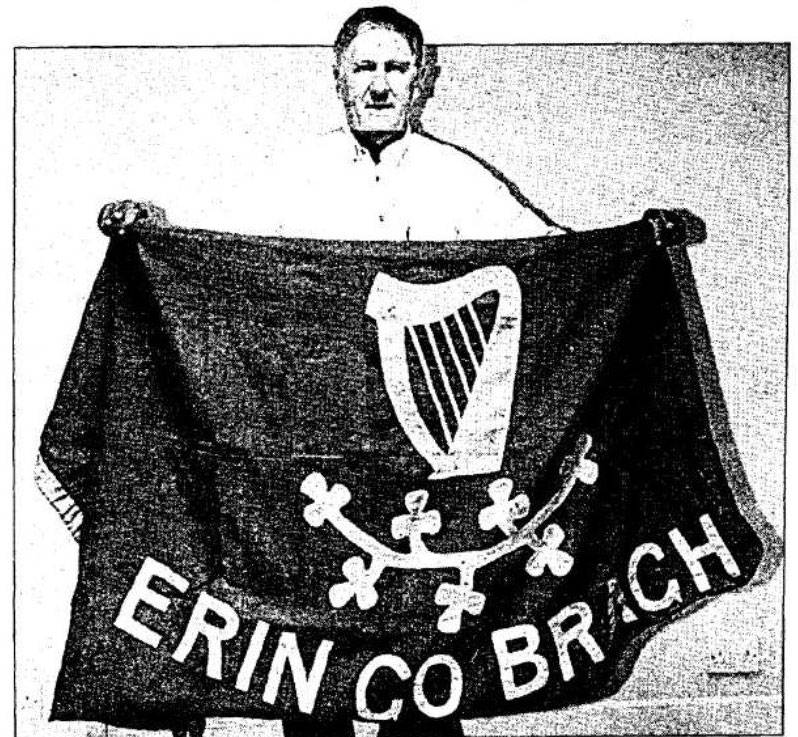 With a string of protests proceeding that of O’Connor, varying in magnitude and exposure, the protest seen at the Mexico Olympic Games in 1968 proved to be a turning point. It was here that American track runners John Carlos and Tommie Smith famously rose their fists in a Black Panther salute on the medal podium.

The response from the Olympic Committeewas harsh and condemning. Both athletes were sent home and disallowed from participating in future Olympic tournaments, while the Australian athlete Peter Norman — shown below standing on the podium in second position — who stood in solidarity with his fellow athletes was also shunned from the event. 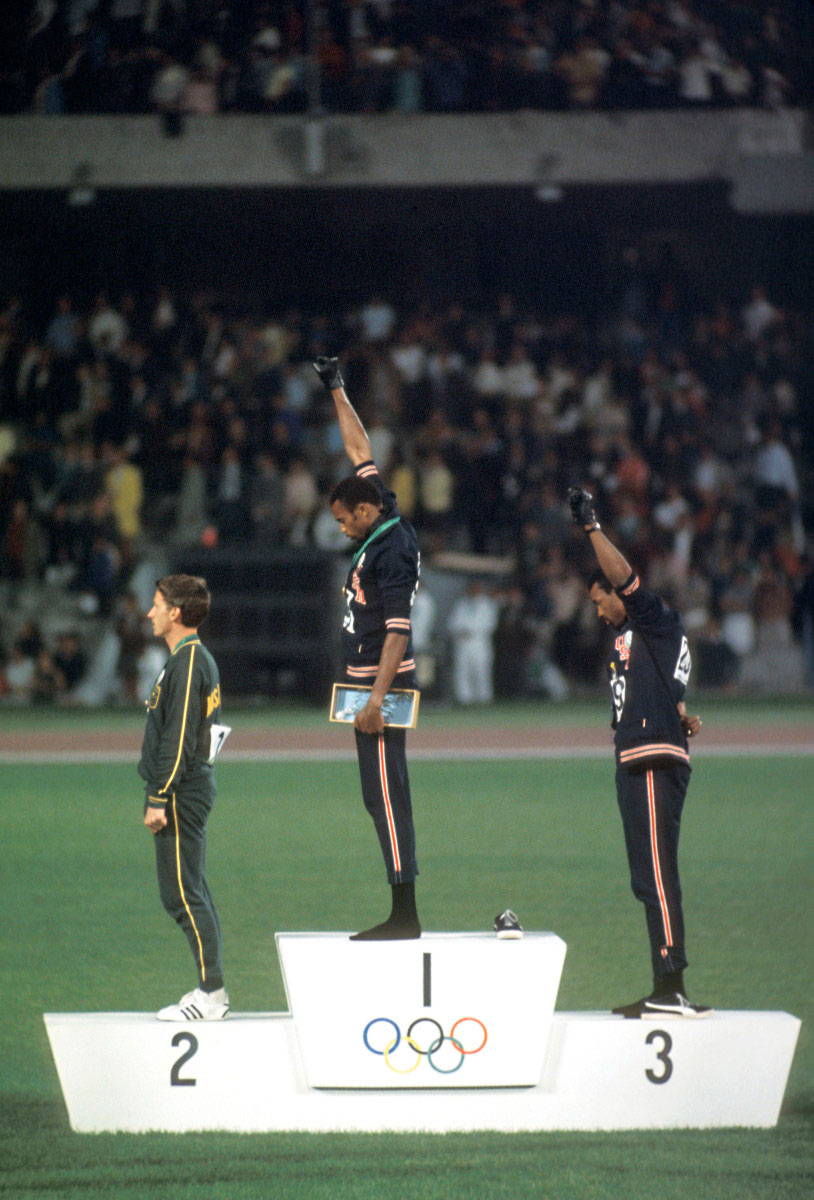 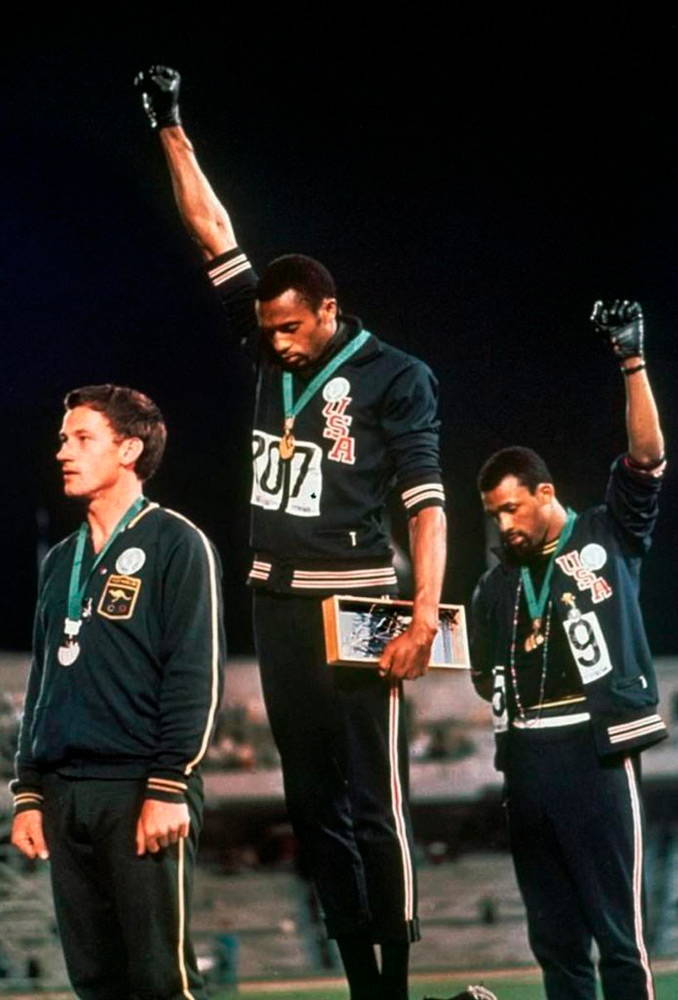 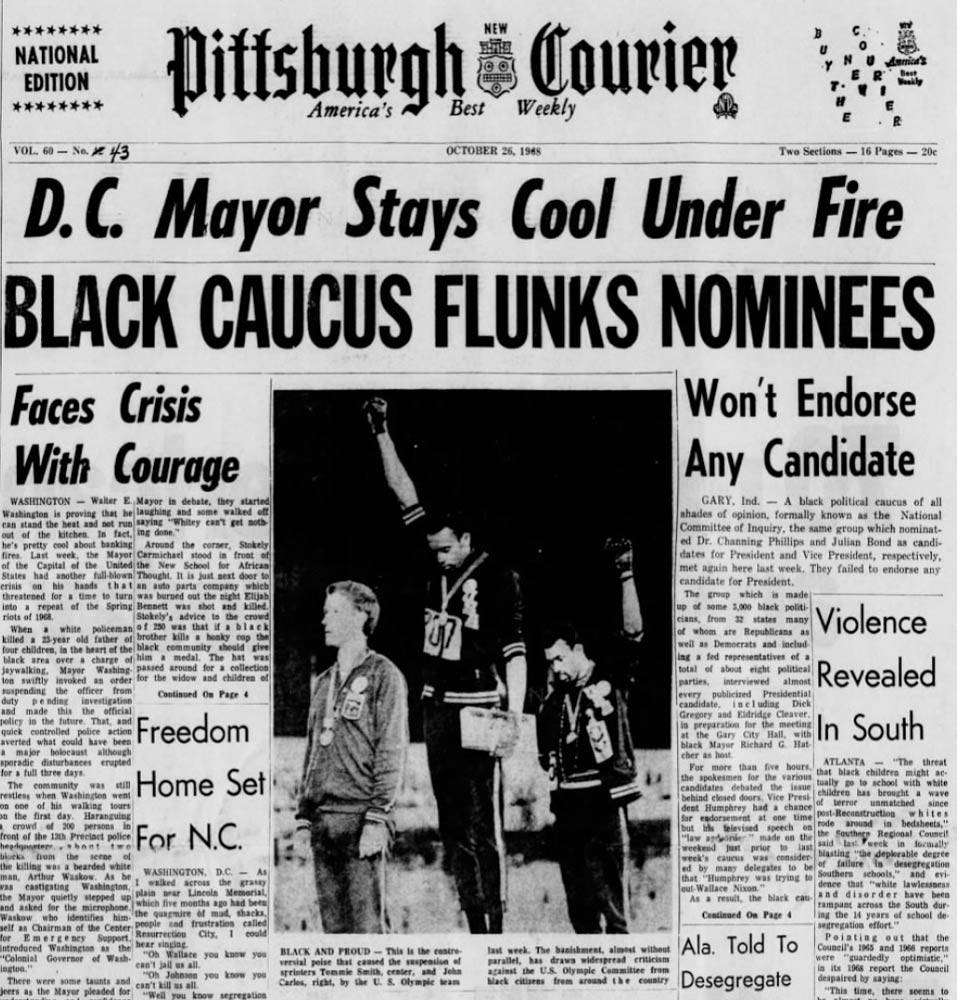 Following this particular protest, Rule 50 of the IOC reached its modern form, prohibiting all forms of protest during the Olympics. Established to keep the game as neutral and a-political as possible, Rule 50 states that “No kind of demonstration or political, religious or racial propaganda is permitted in any Olympic sites, venues or other areas.”

This rule has been rightfully (and wrongfully) opposed many times over the decades, often urging the world at large to begin having the conversations it long ignored.And while Rule 50 disallows athletes from protesting, it has not proven powerful enough when nations take a common stand. Take for example the 1980 Olympic Games in Moscow, where 65 countries boycotted the event in response to the USSR’s invasion of Afghanistan. 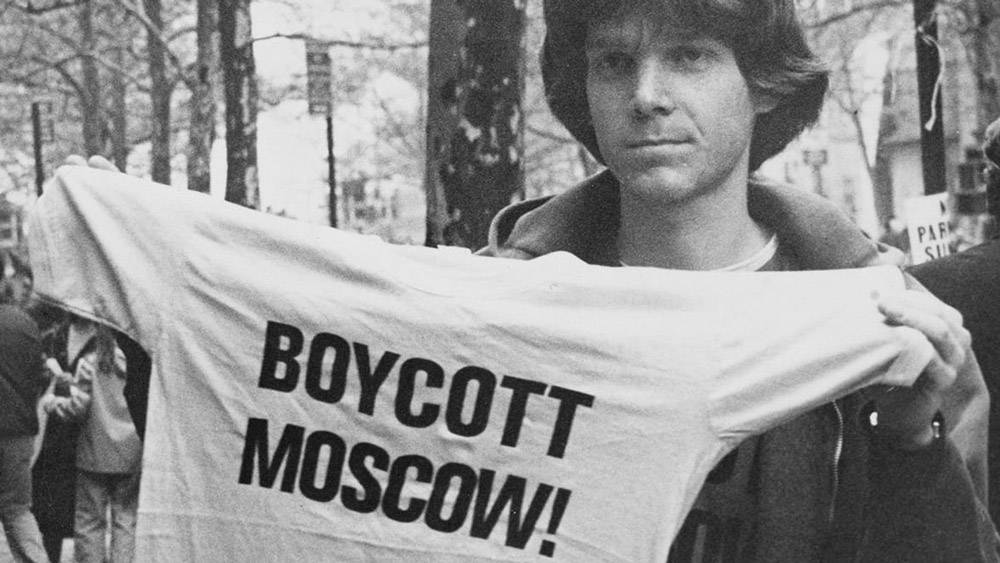 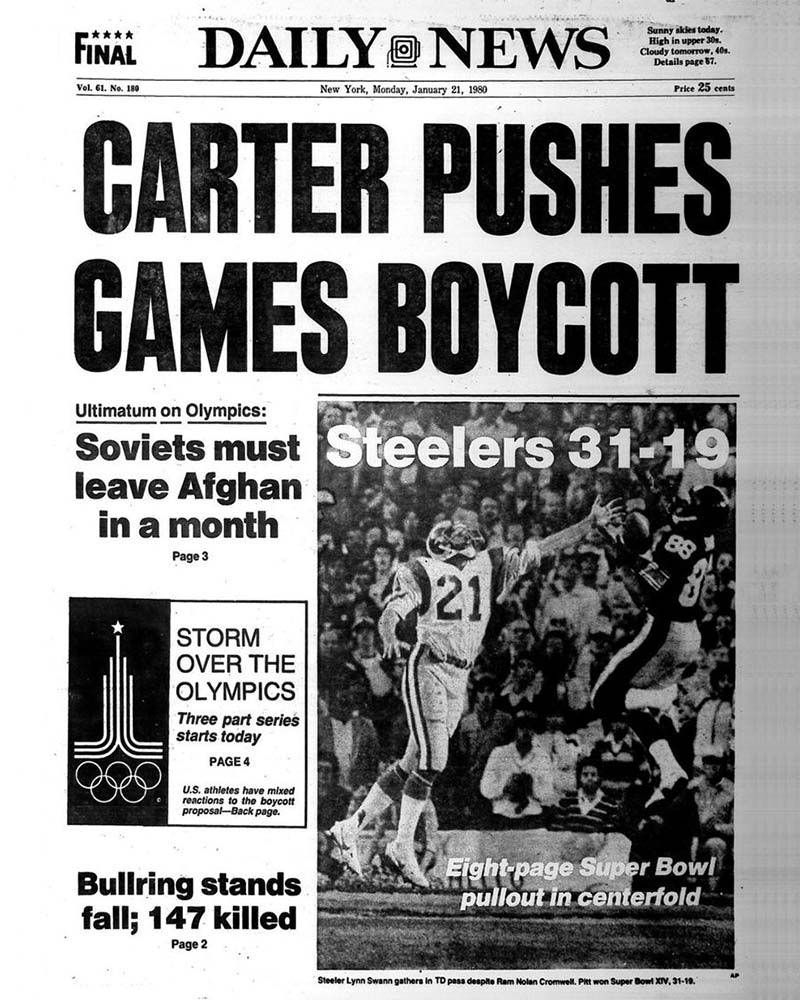 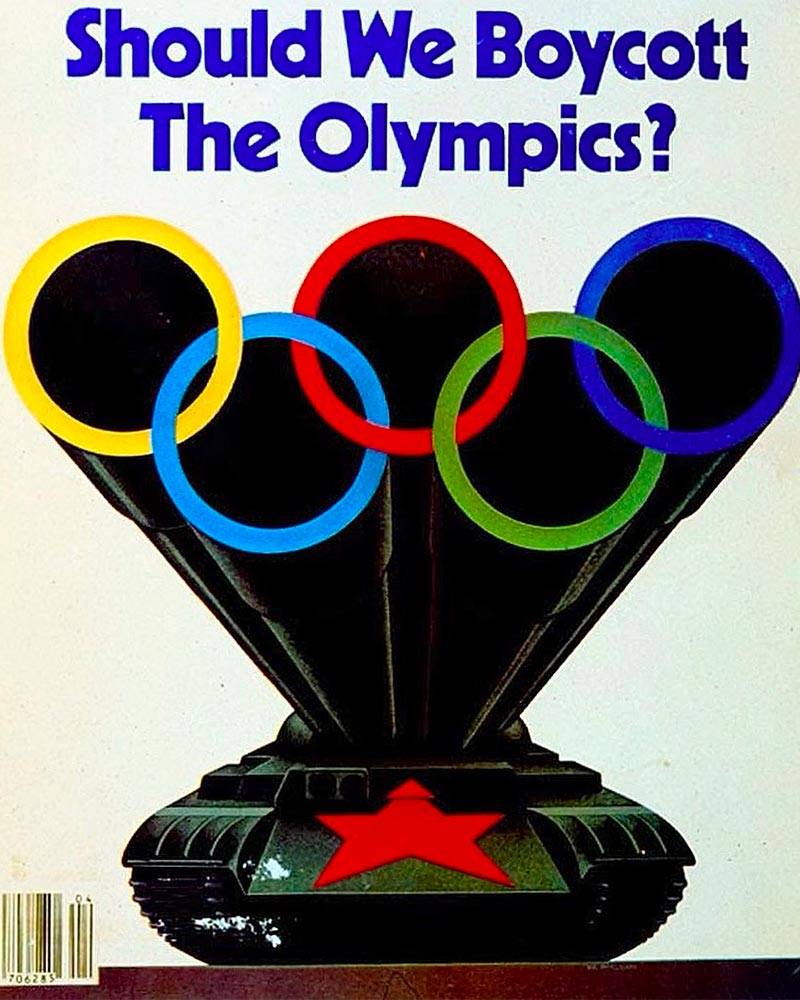 Another form of protest that has become increasingly popular over the years is the interference with the Olympic Torch relay. In the months leading up to the 2012 Olympics in Rio de Janeiro, protestors turned against the state combatting the event’s disproportionate spend, asserting that the country could have put such financial resources to better use. While the protests varied, one of the most memorable was the attempt to extinguish the torch (shown below).

With more than 200 nations competing in the Olympic Games, from an even larger array of political and religious backgrounds, it is unlikely that the IOC will ever consider ditching Rule 50. Despite this however, it is important to highlight the importance of protest and freedom of speech. Thanks to the athletes who are brave enough to take the world’s stage and stand for what they believe in, we can continue having the uncomfortable conversations that help us all move towards a more democratic future. 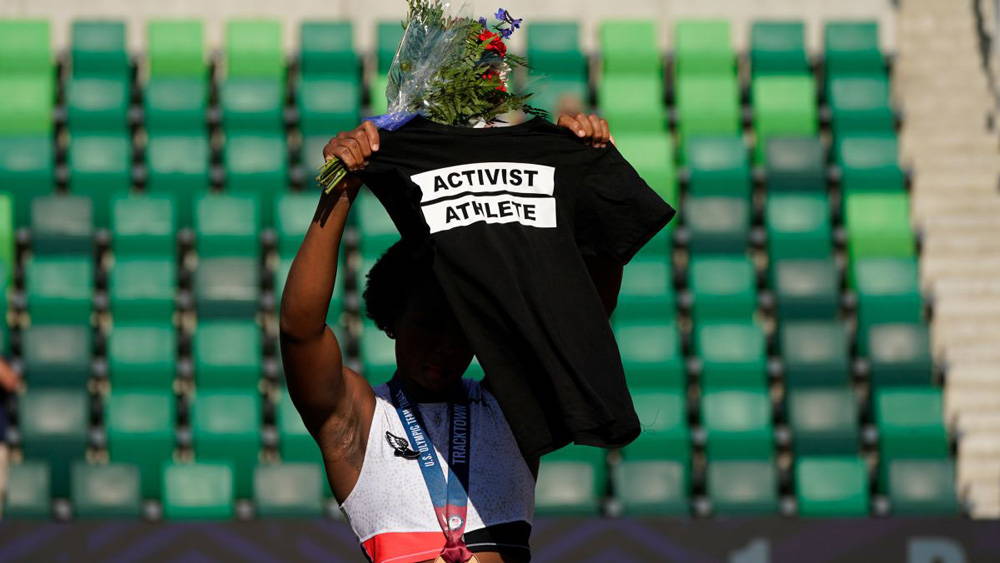 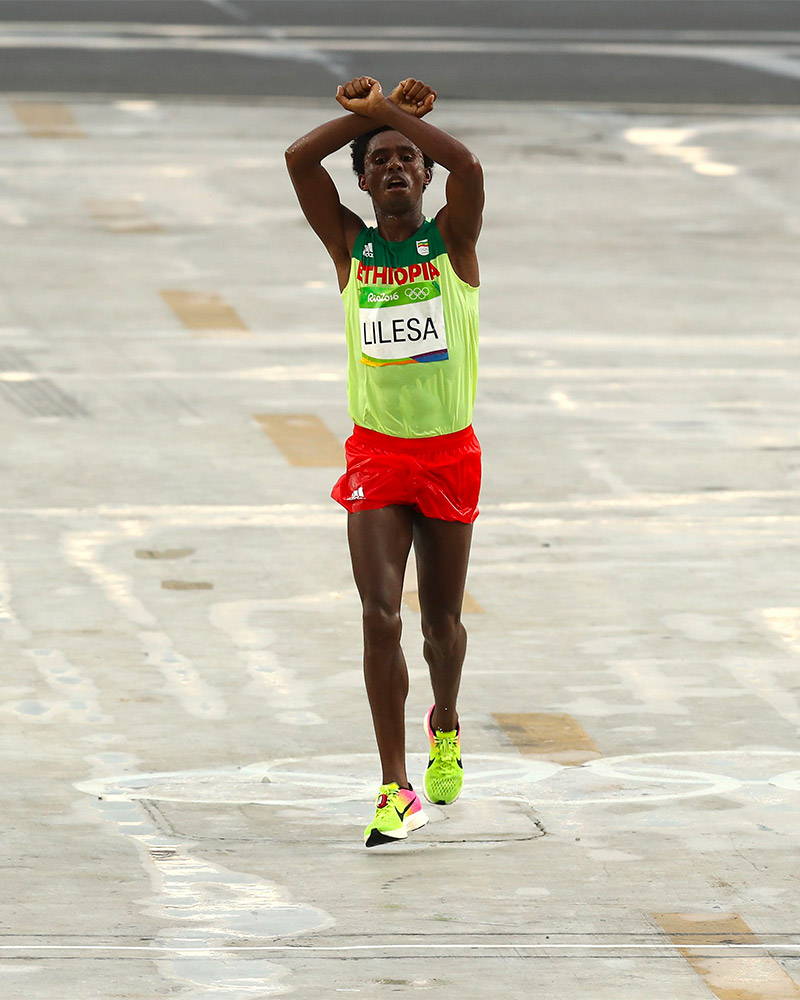 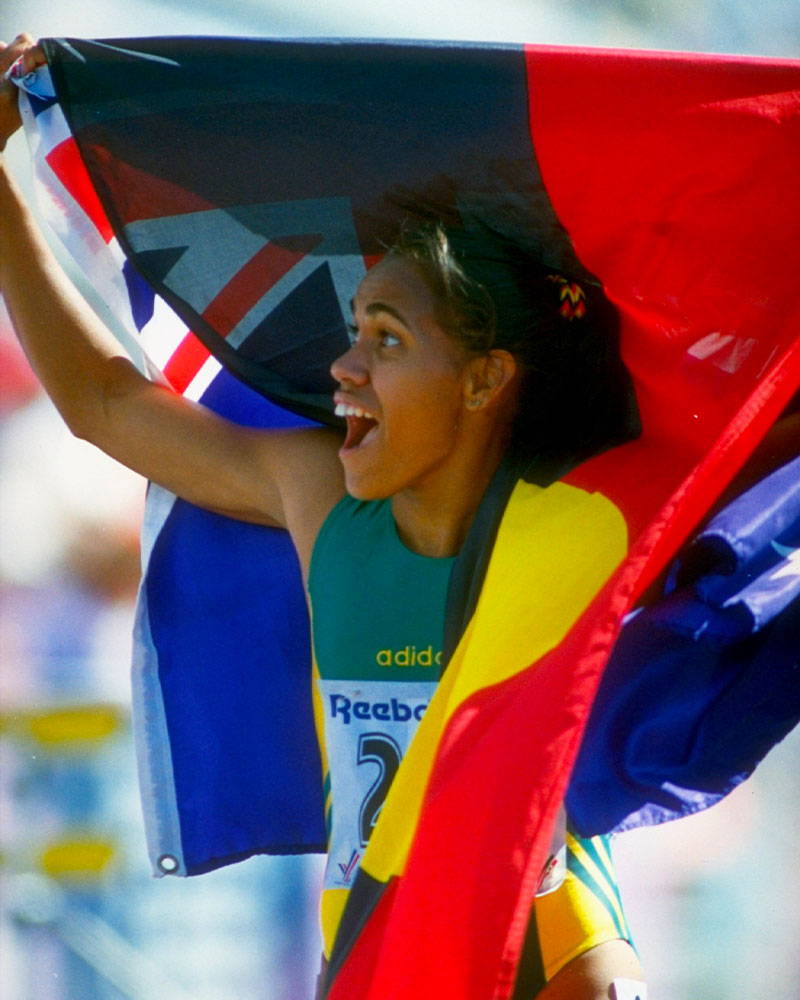 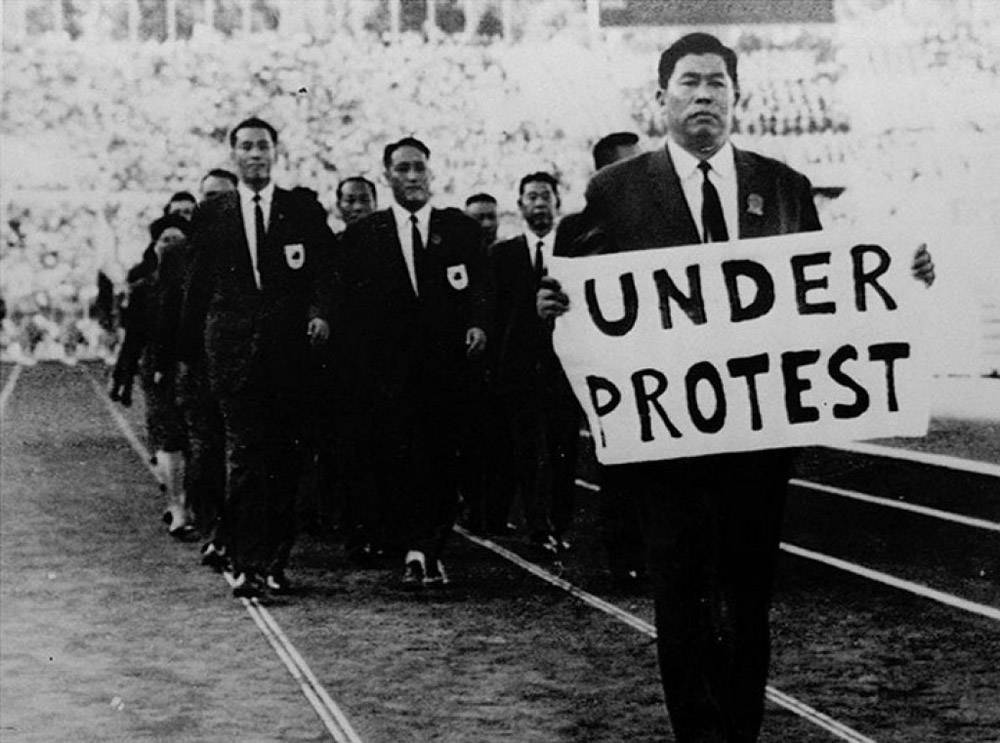 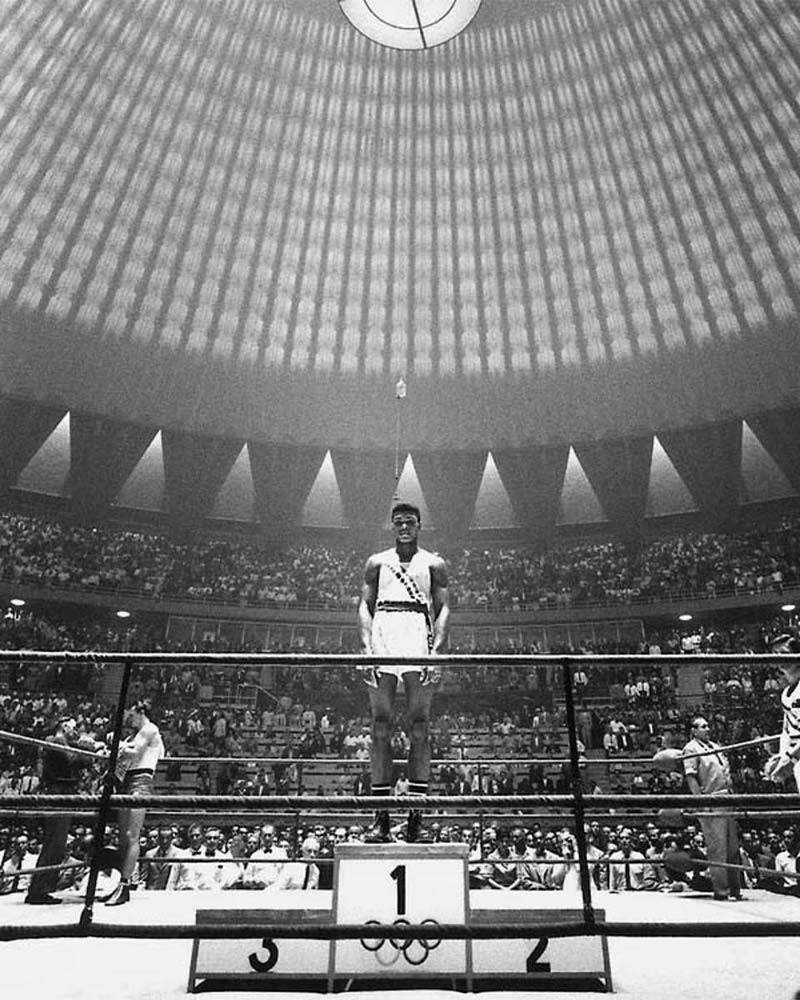 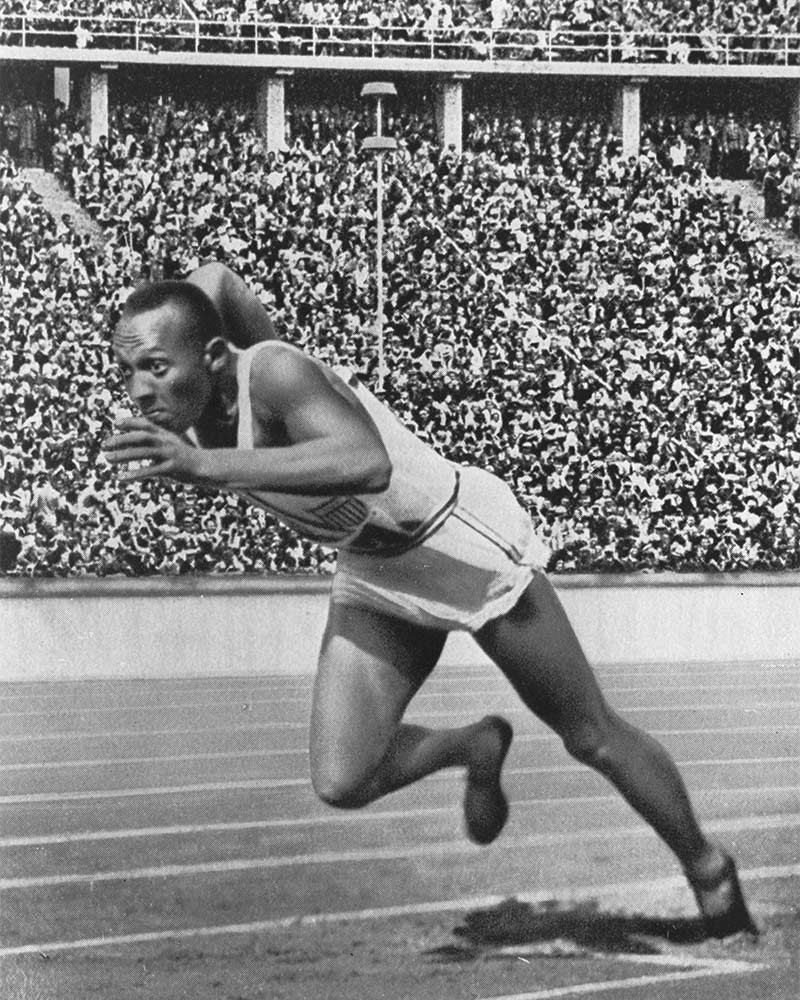 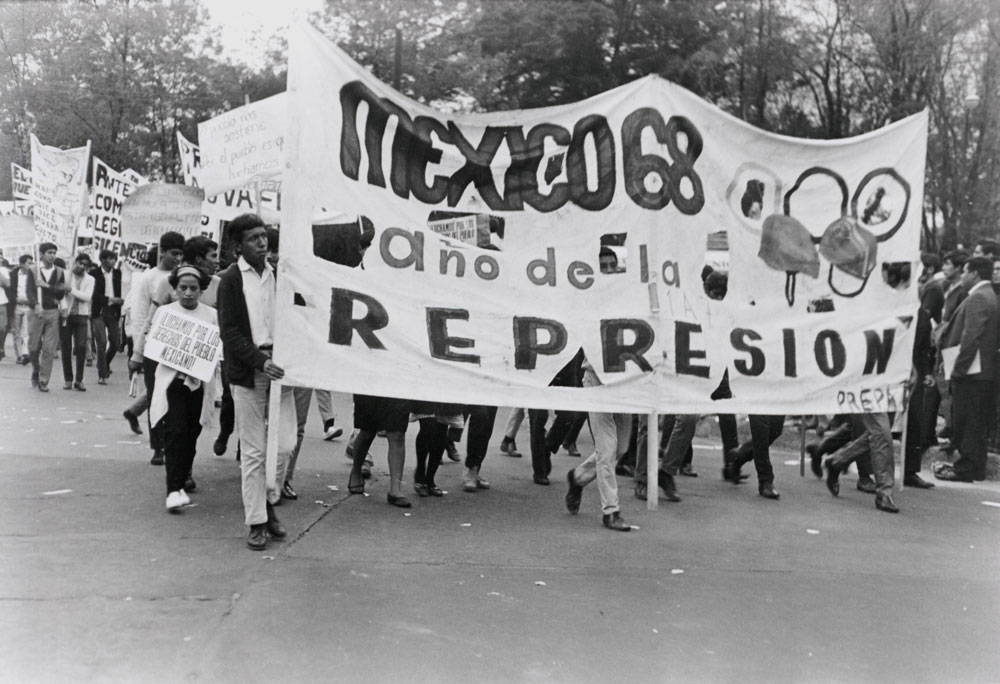 To receive updates on our latest editorials and documentaries, be sure to follow @oneblockdown on Instagram and subscribe to our newsletter below for more. This article is part of our Equality Manifesto and has been created to promote inclusivity and battle the lack of knowledge surrounding prejudicial hate crimes.