One Block Down presents "Dog Days" a Special Project with Vans

For its latest project, One Block Down explores the indisputable impact Vans had and continues to have on the world of skateboarding. Entitled “Dog Days”, the project honours Vans’ checkerboard slip-on sneaker – an iconic shoe that is as ubiquitous on the skate scene today as it was in the late ‘70s after its debut.

During the ‘70s, skateboarding was catapulted into popularity by Southern Californian surfers. When the waves were low, they began taking to the land, and after a severe drought hit the region, skateboarders snuck into suburban backyards to practise their tricks in drained swimming pools. As the scene gained prominence, those that were a part of it quickly adopted Vans’ sneakers as a core component of their uniform, each pair having one distinctive feature in particular – a checkerboard upper. 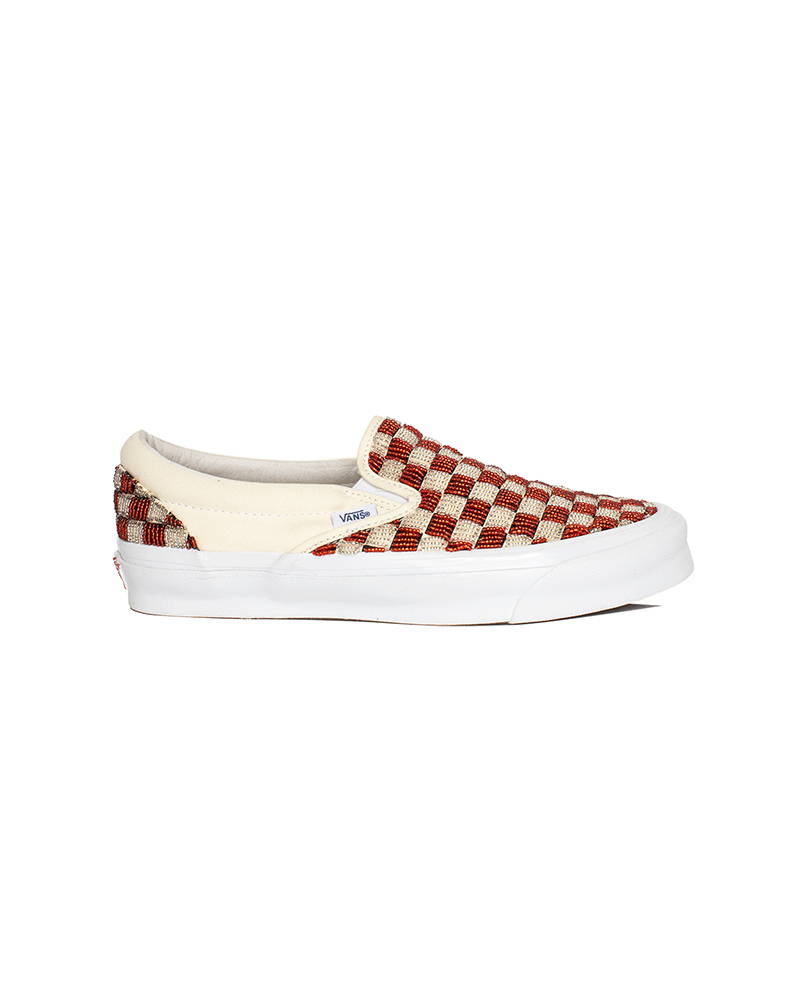 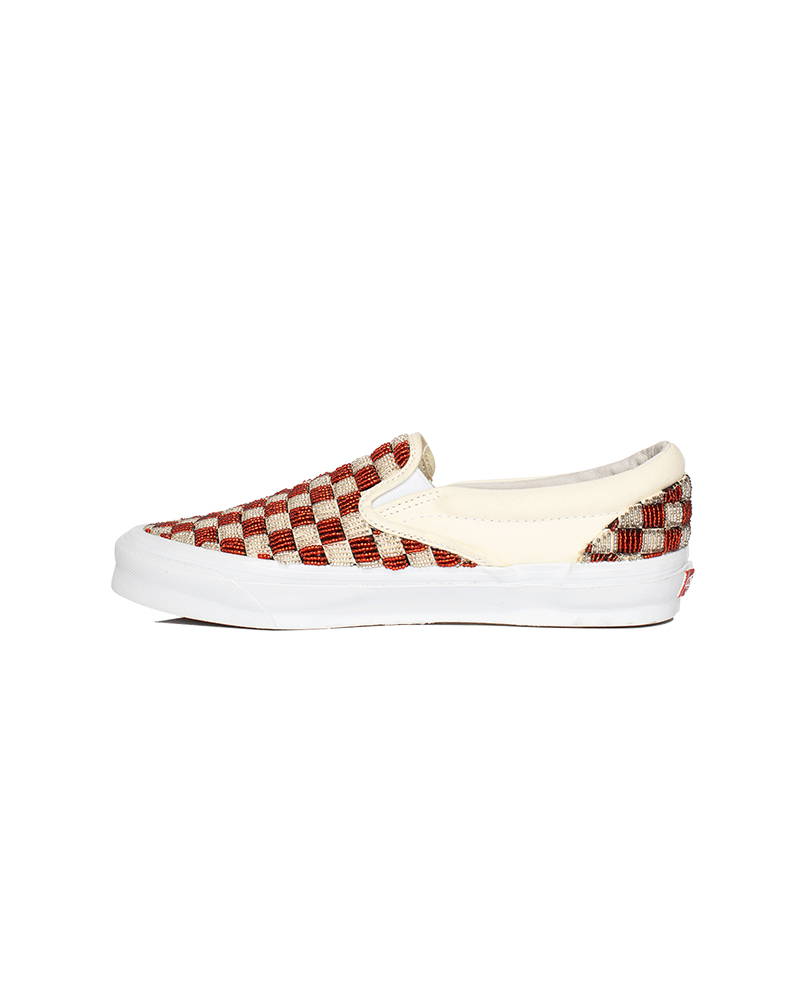 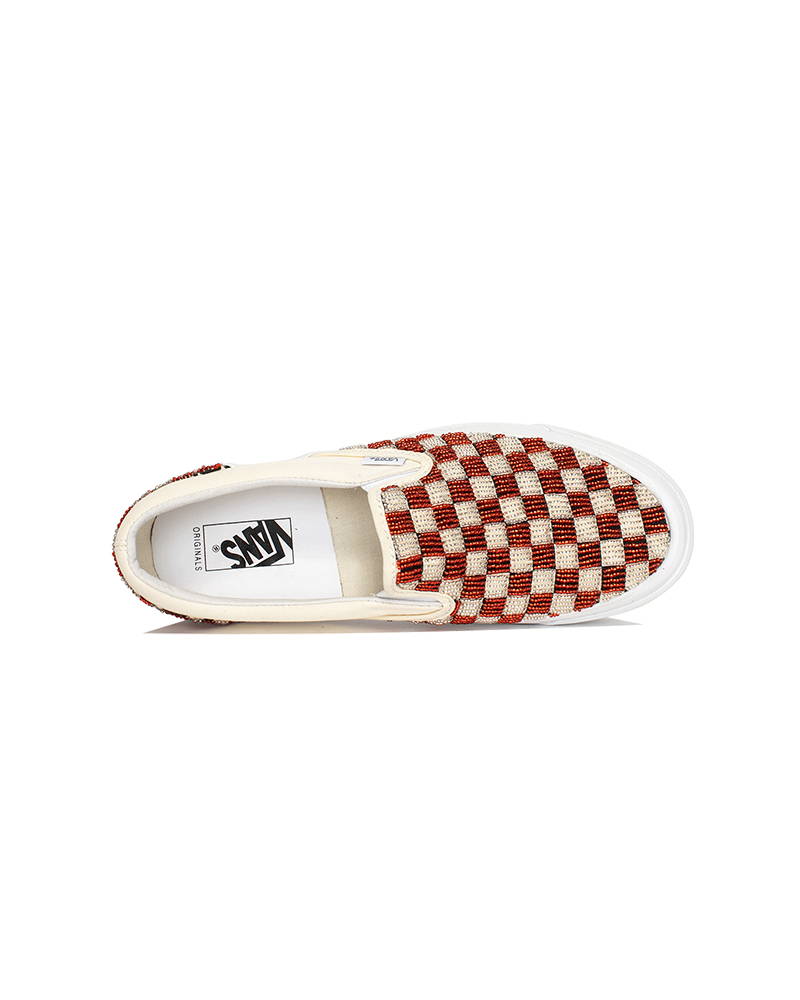 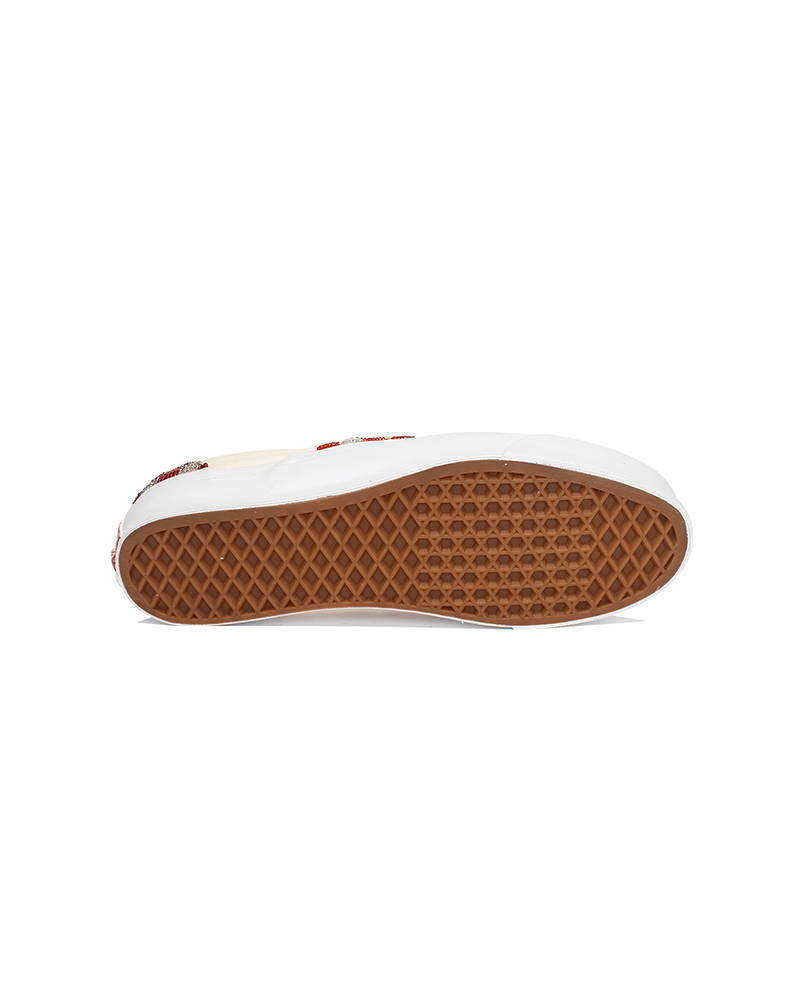 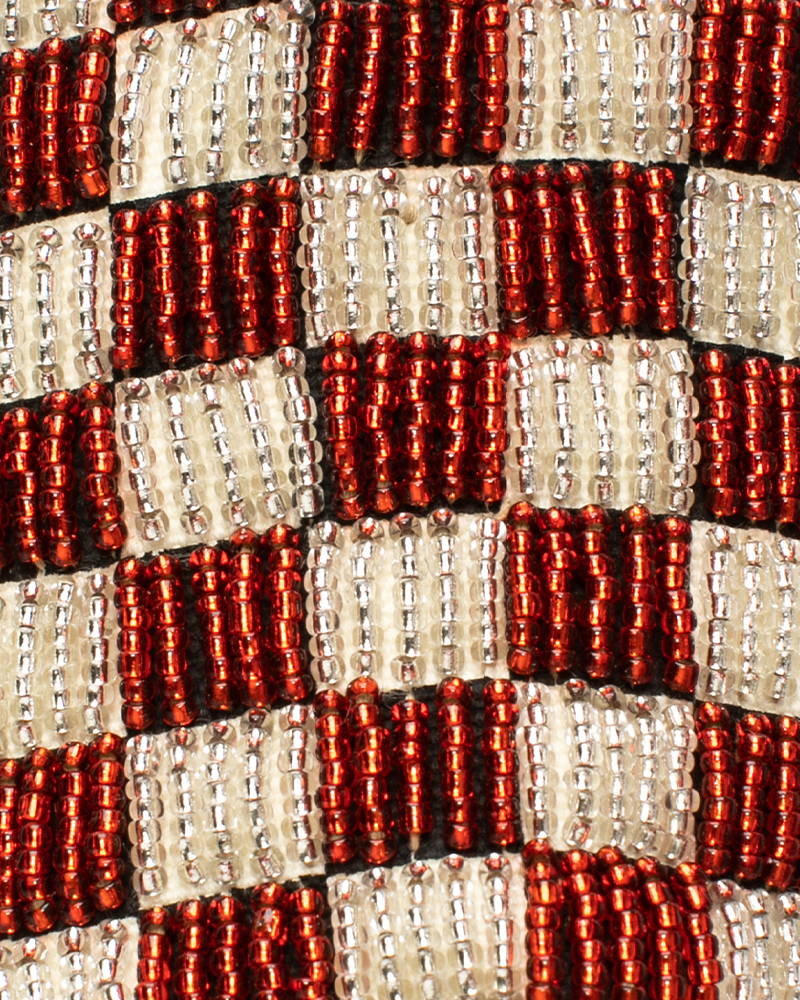 Vans Classic Slip-On LX "Bonfire" Crafted by One Block Down 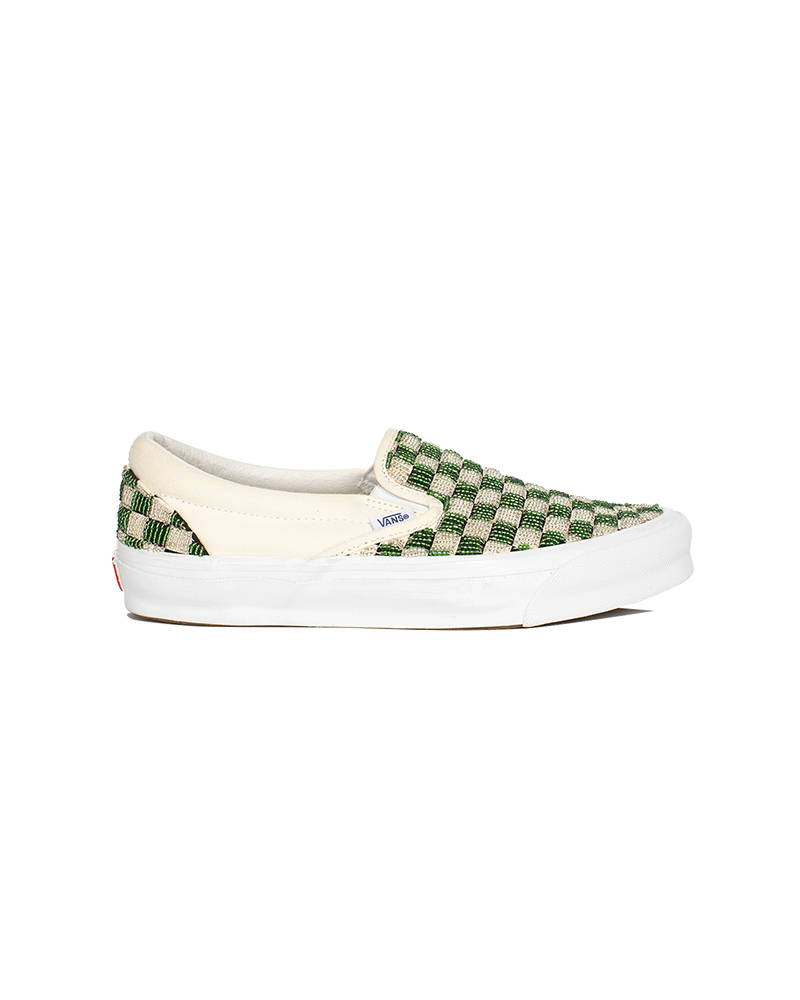 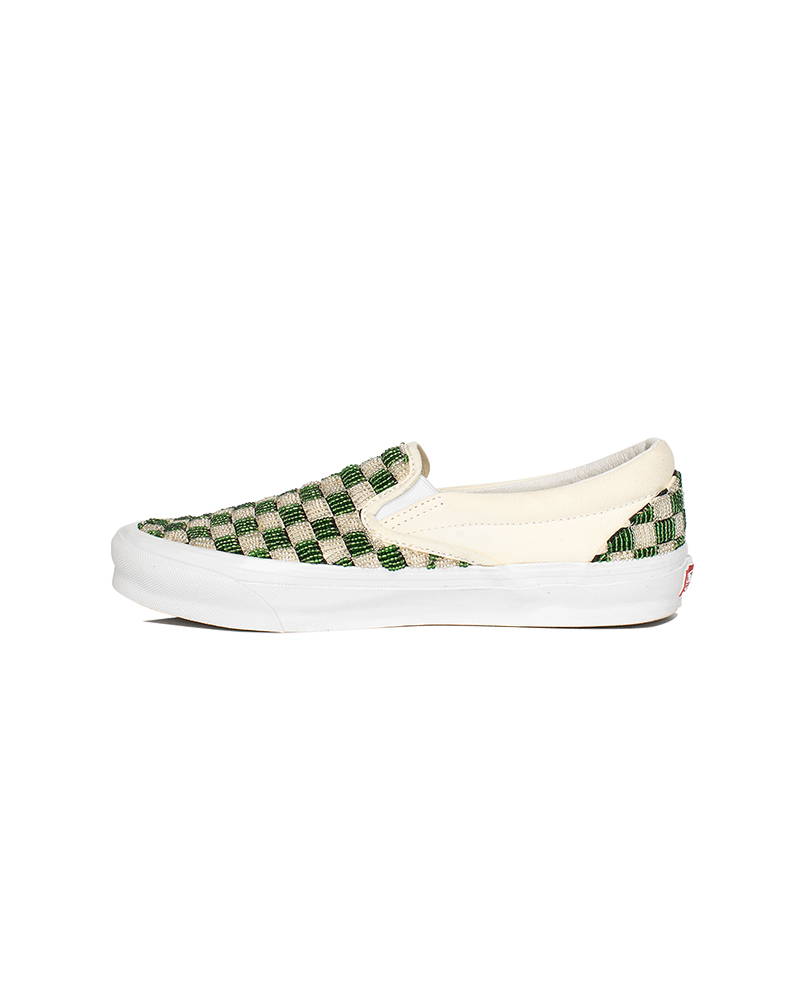 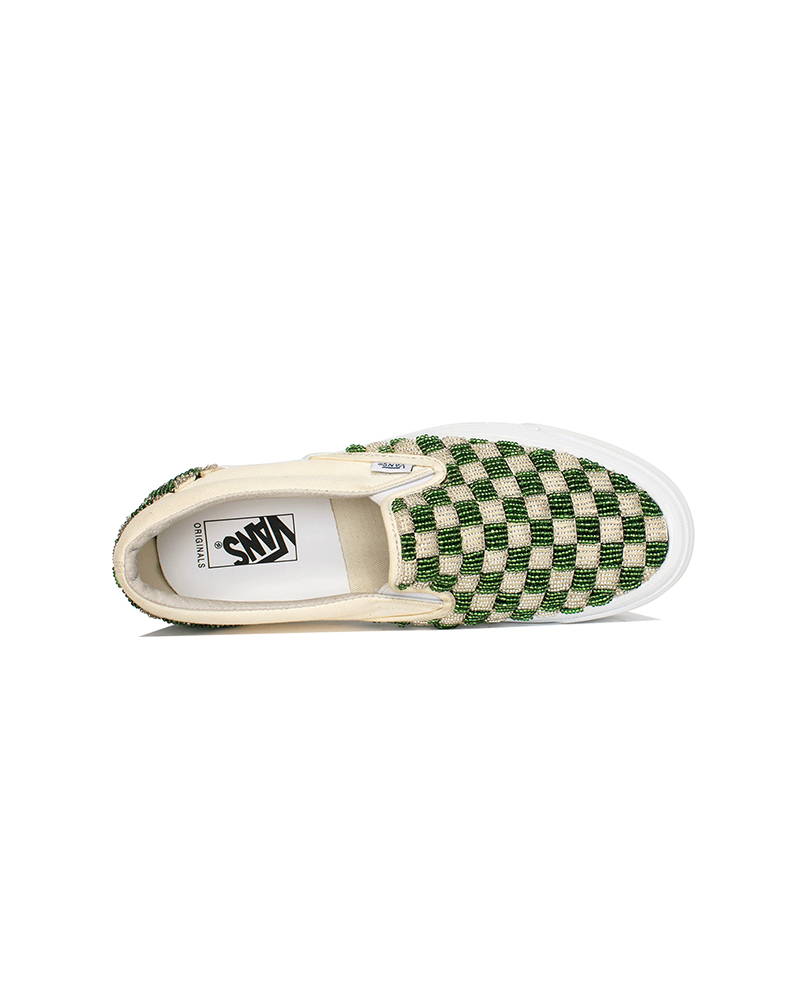 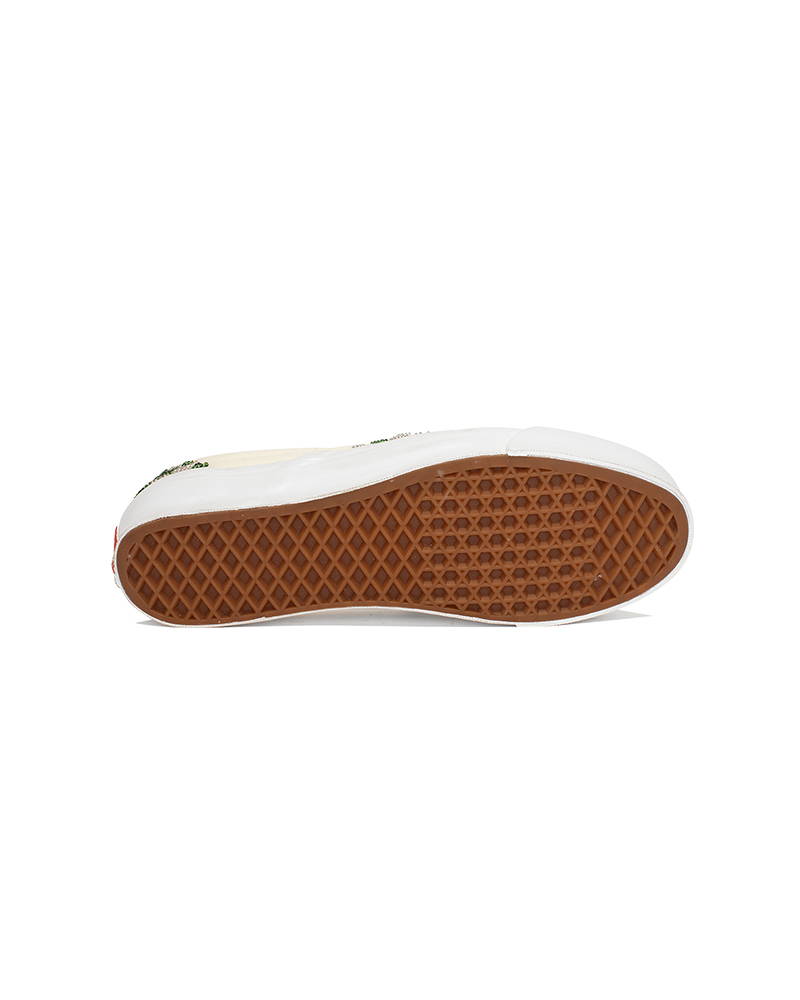 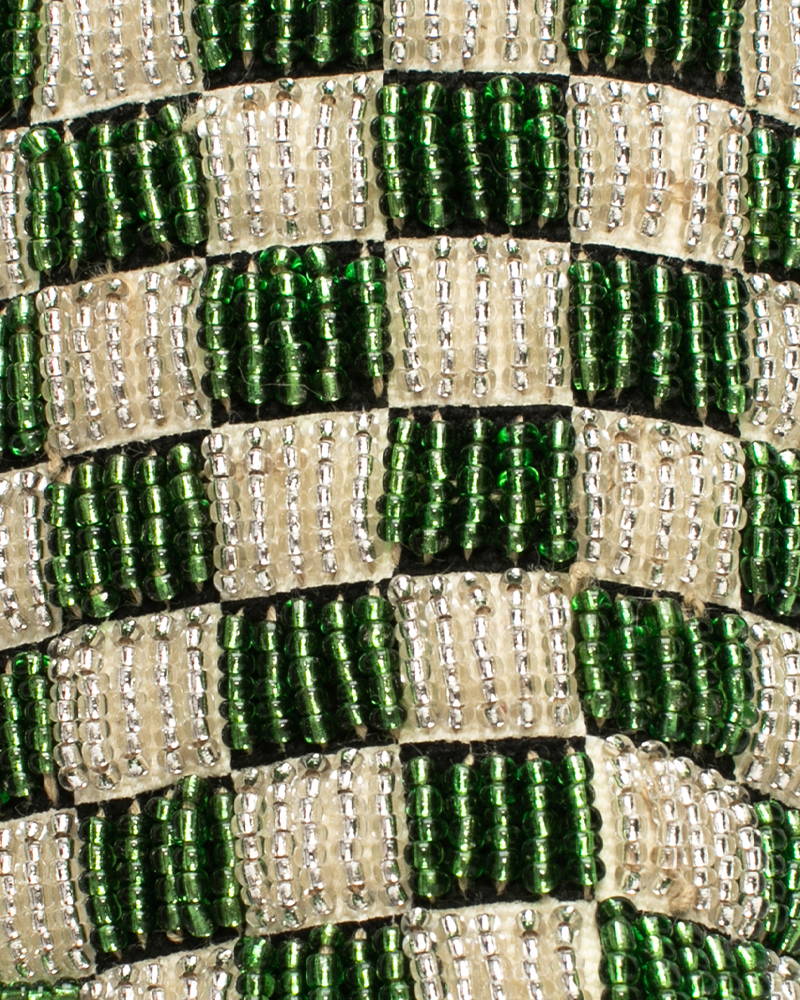 Vans Classic Slip-On LX "Grass" Crafted by One Block Down 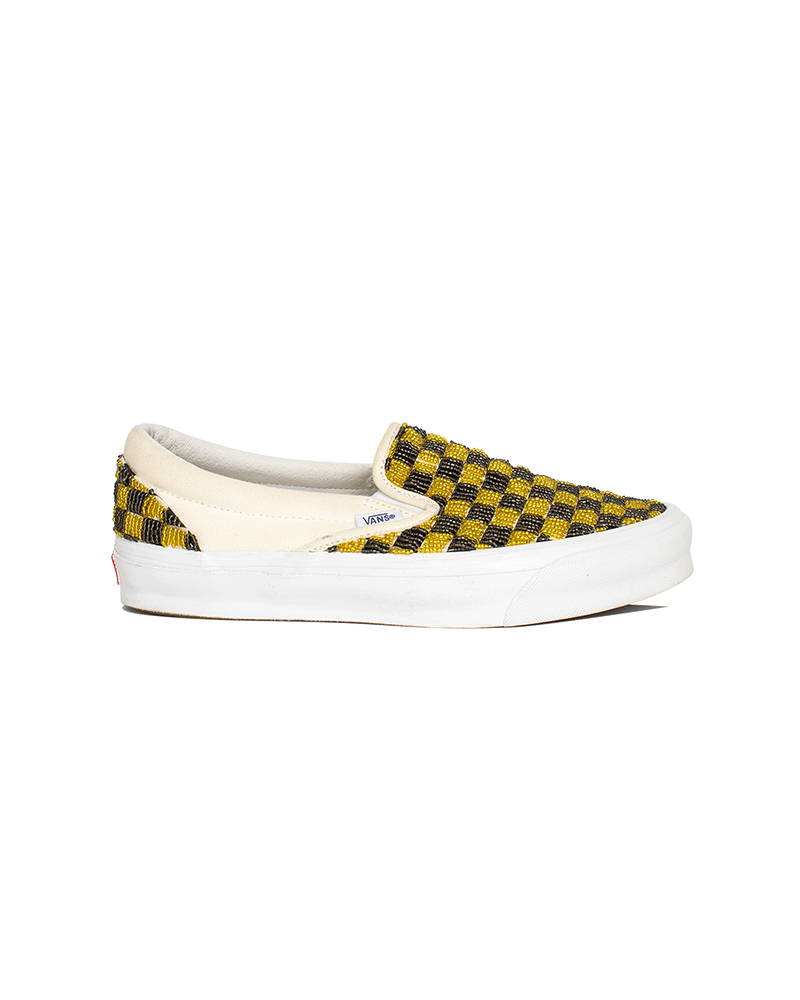 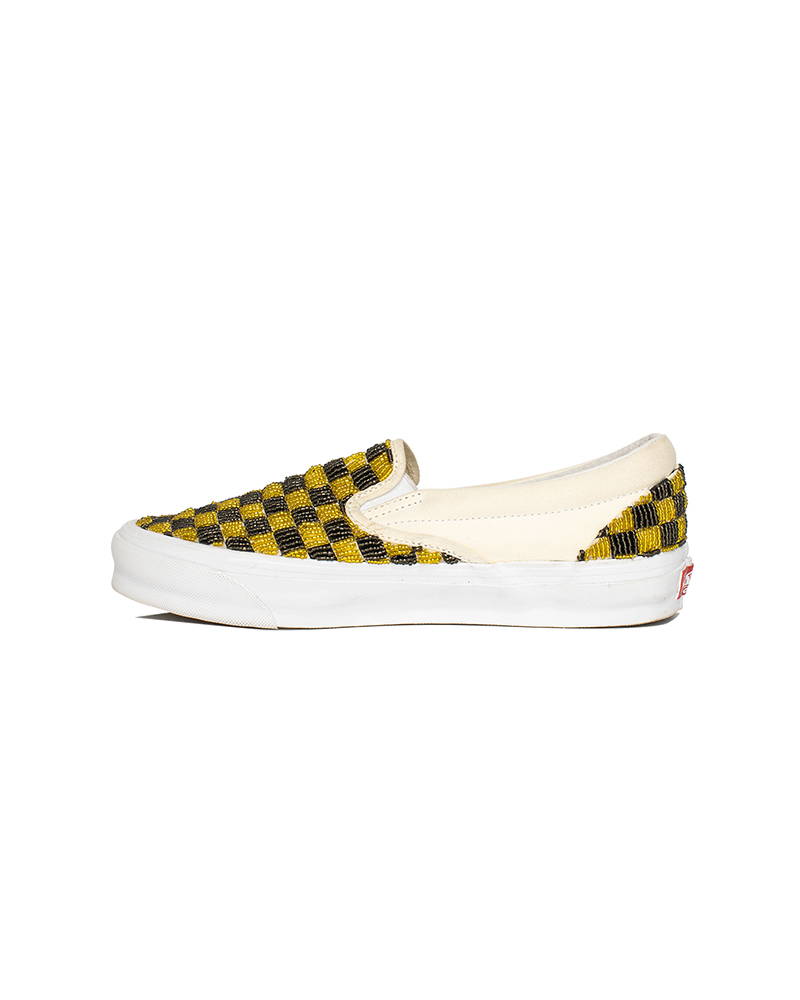 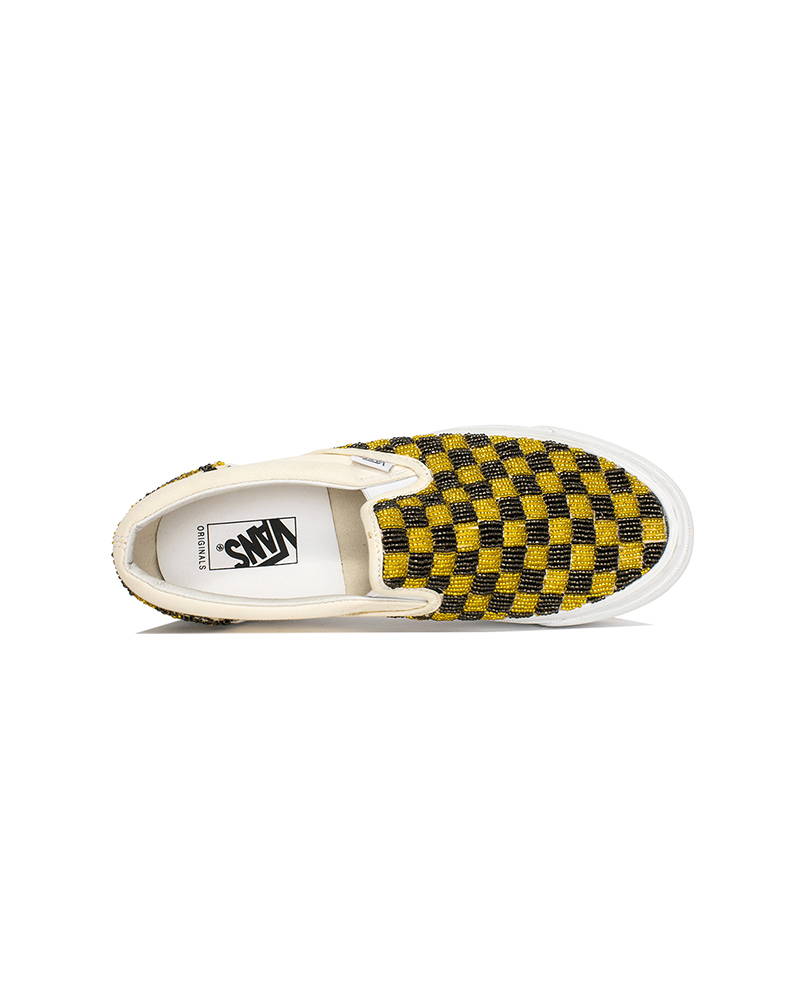 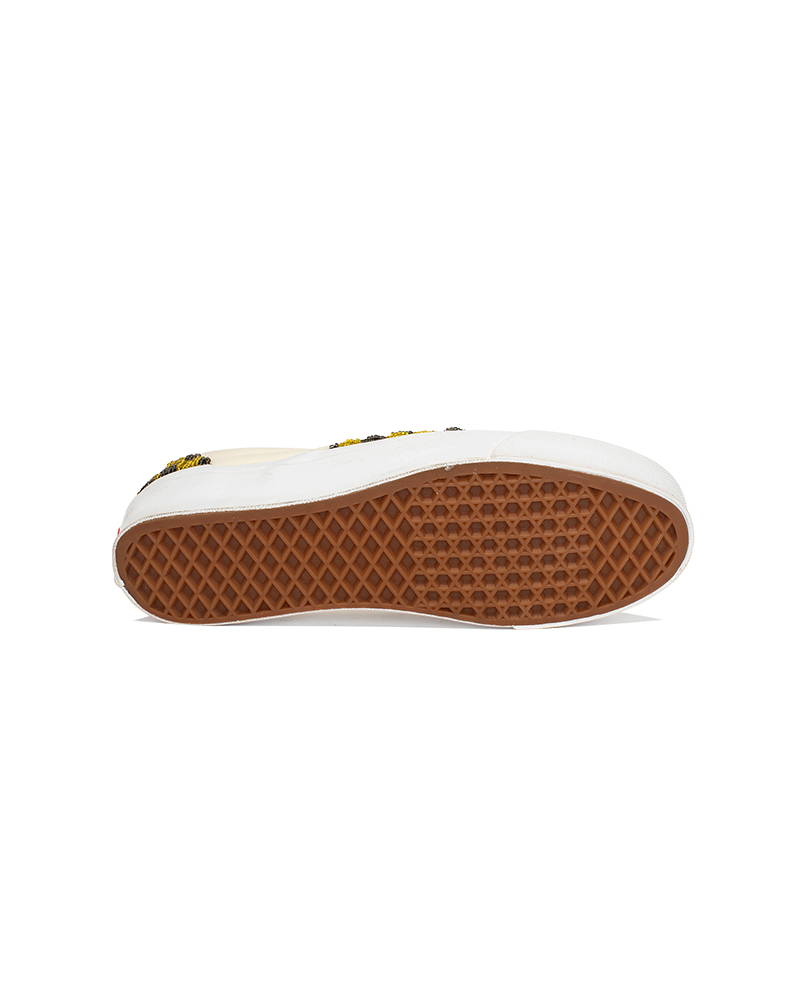 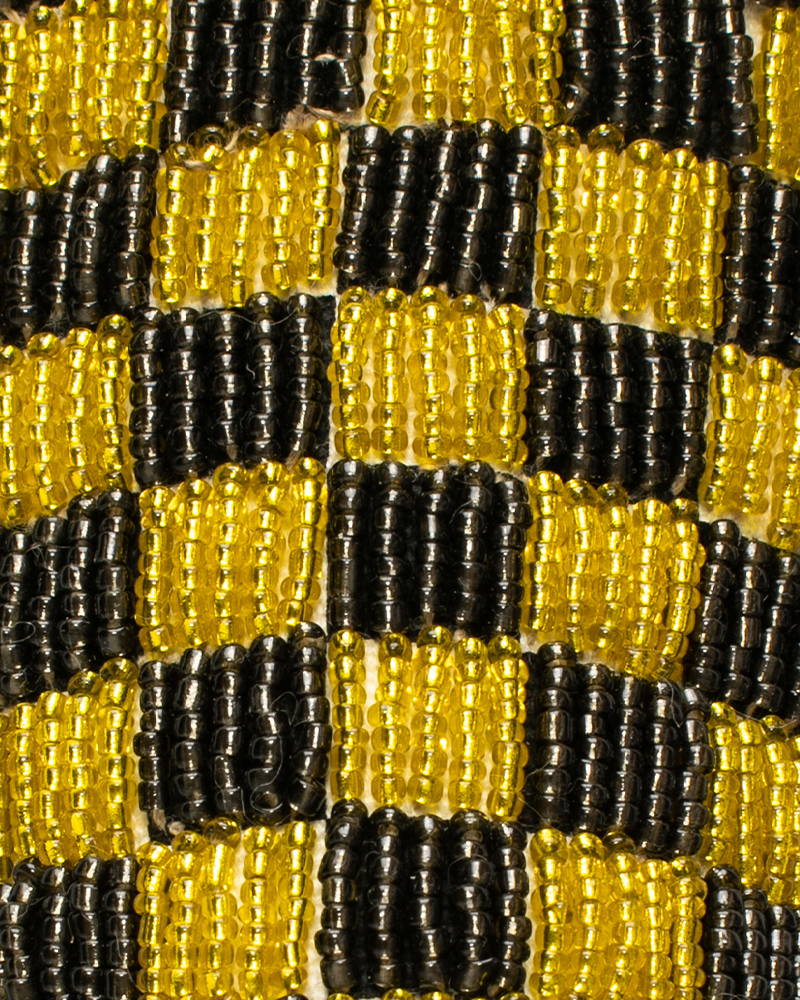 Vans Classic Slip-On LX "Caution" Crafted by One Block Down

Vans introduced its now-iconic checkerboard slip-on during the latter part of the ‘70s. The pattern came to be after one of the co-founders noticed kids colouring the white rubber foxing on their sneakers with a similar two-tone grid. The brand then developed a checkerboard-print canvas upper for its sneakers – a design move that cemented a subcultural legacy that lives on to this day.

Drawing inspiration from the pattern’s DIY origins, One Block Down has hand-customised a limited batch of Vans’ checkerboard slip-ons. Utilising an incredibly intricate technique that is executed by hand, each pair is overlaid with scores of precisely placed beads. Every bead is carefully applied in an exacting manner to faultlessly follow the lines of the iconic pattern. The work is carried out in Italy and 10 hours is required to complete one single shoe. The result mirrors the two-tone finish of the instantly recognizable pattern, making the cascading squares all the more prominent as light refracts off of the hundreds of hand-applied beads. 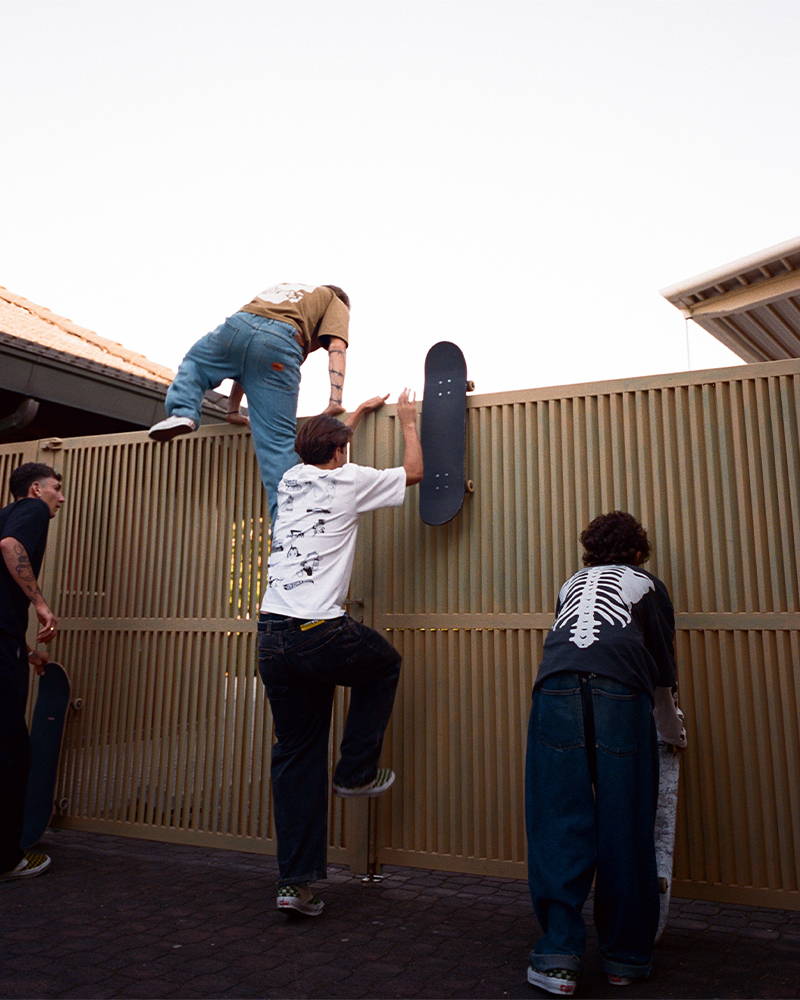 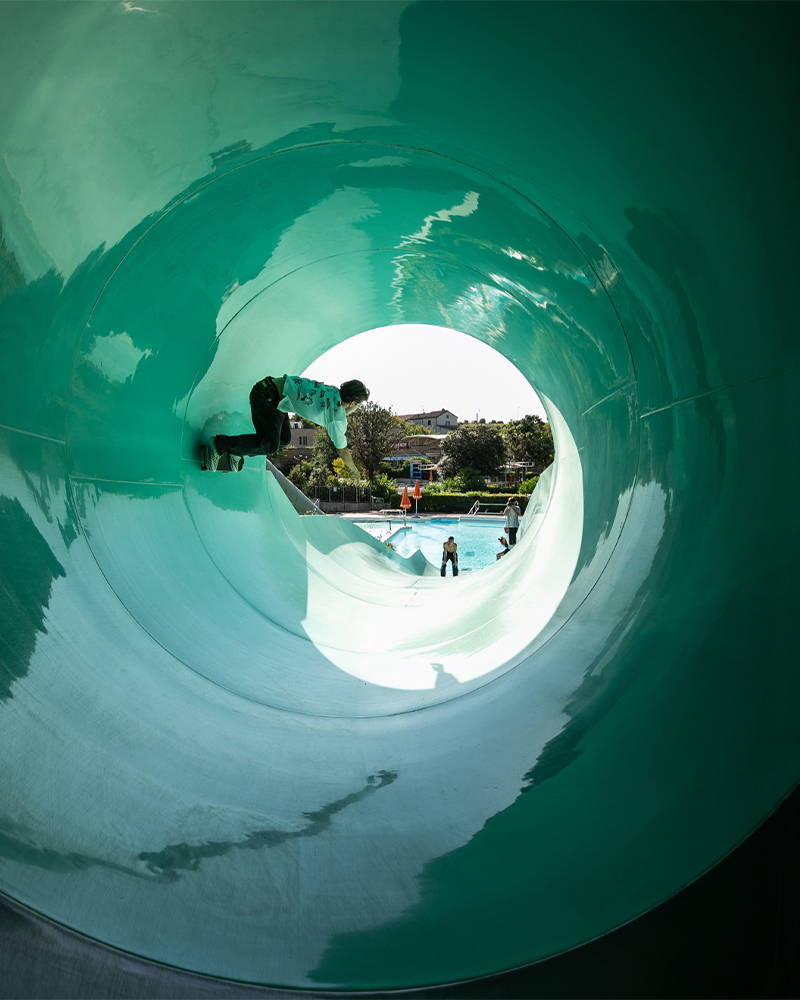 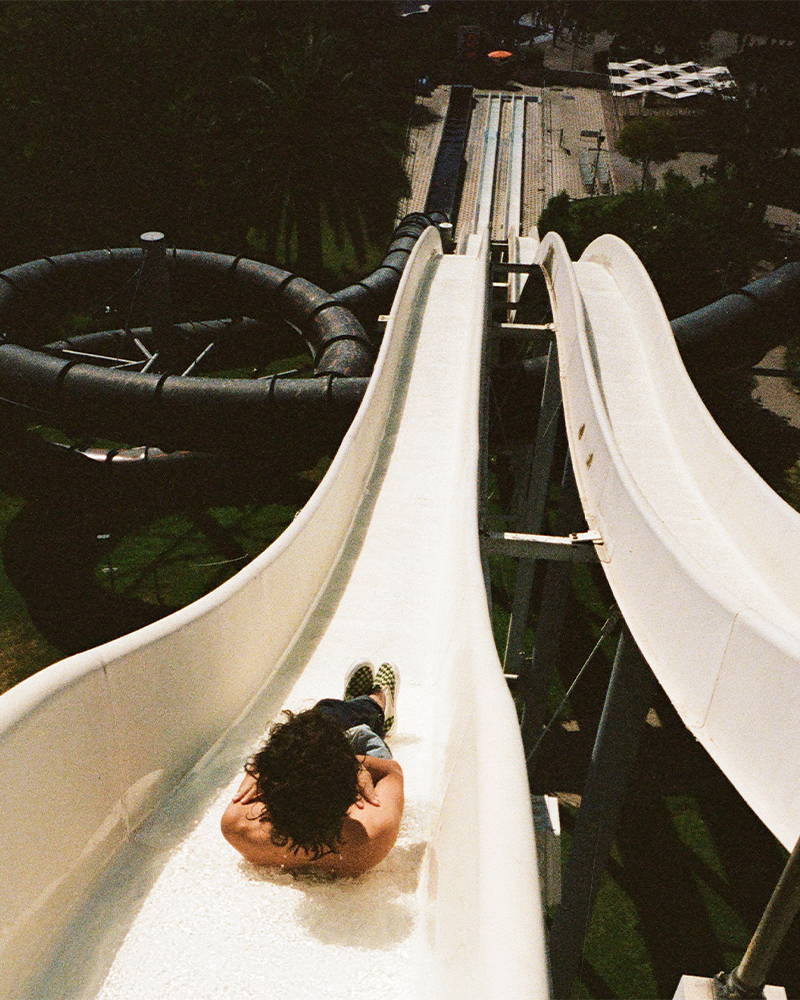 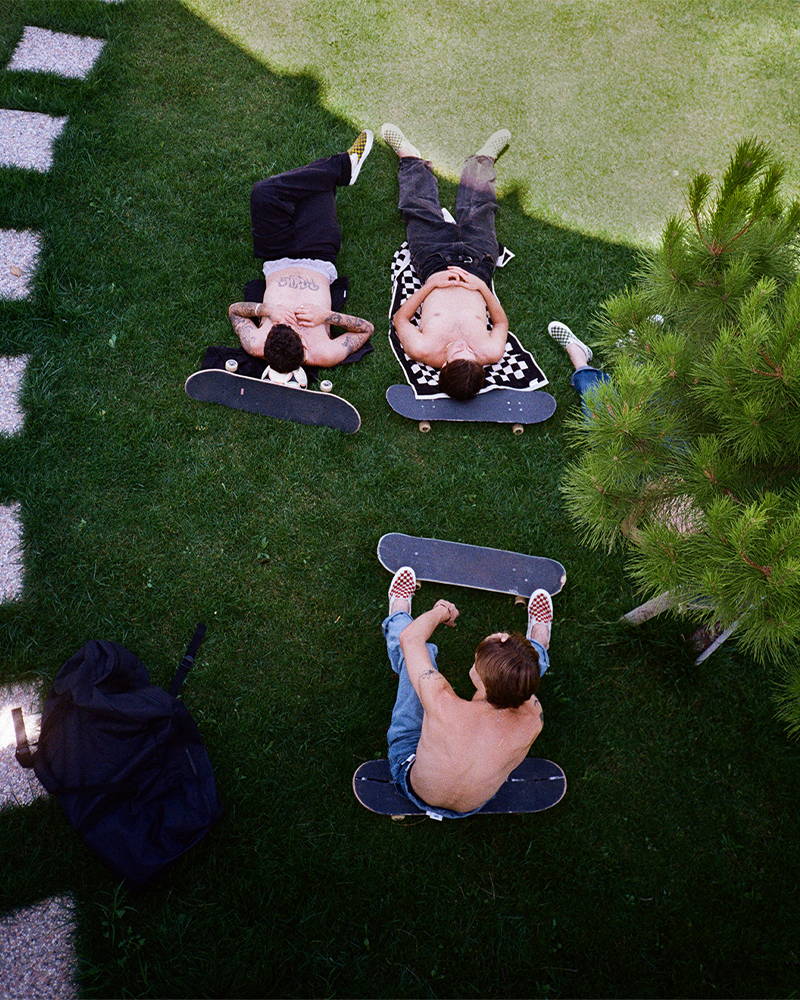 Limited to 107 pairs due to the rarity of the customization, the collection includes three unique colorways: yellow and black ‘Caution’, red and ivory ‘Bonfire’, green and ivory ‘Grass’.

In appreciation of the origins of the skate scene, the “Dog Days” campaign was shot inside a water park (Aquafan Riccione), a nod to the Southern Californian youth of the '70s that hopped fences to carve the pools of unknowing citizens. The campaign follows a group of youngsters as they skate the waterpark and make it their own, capturing the same sense of freedom that is synonymous with the subculture. 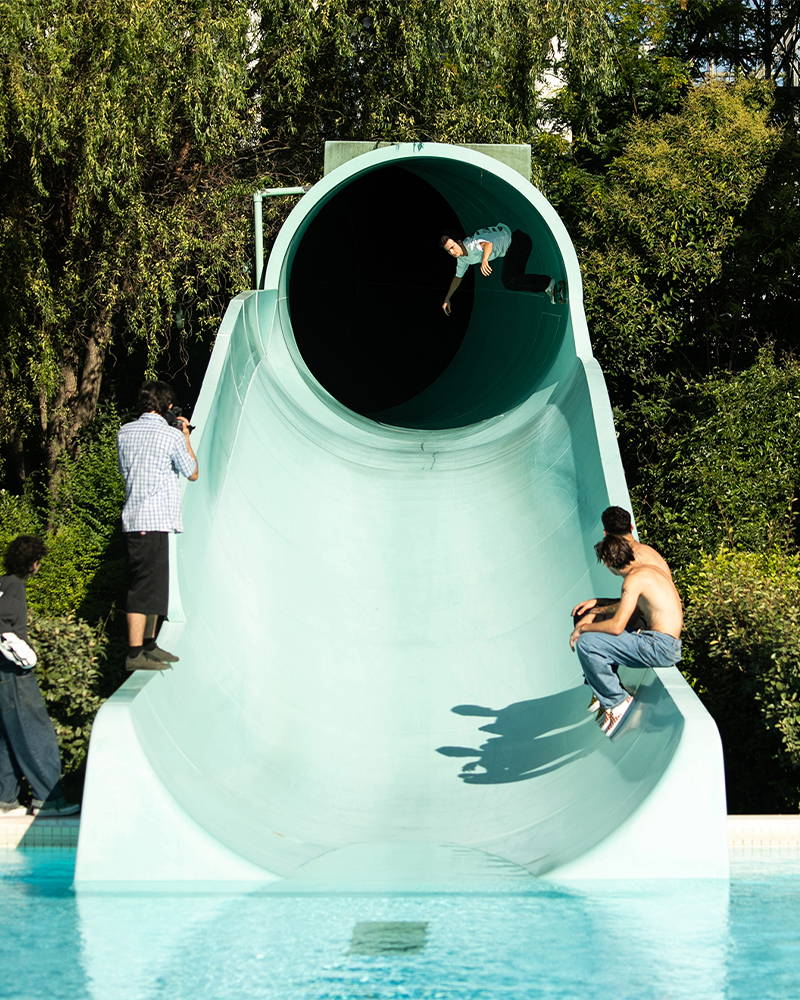 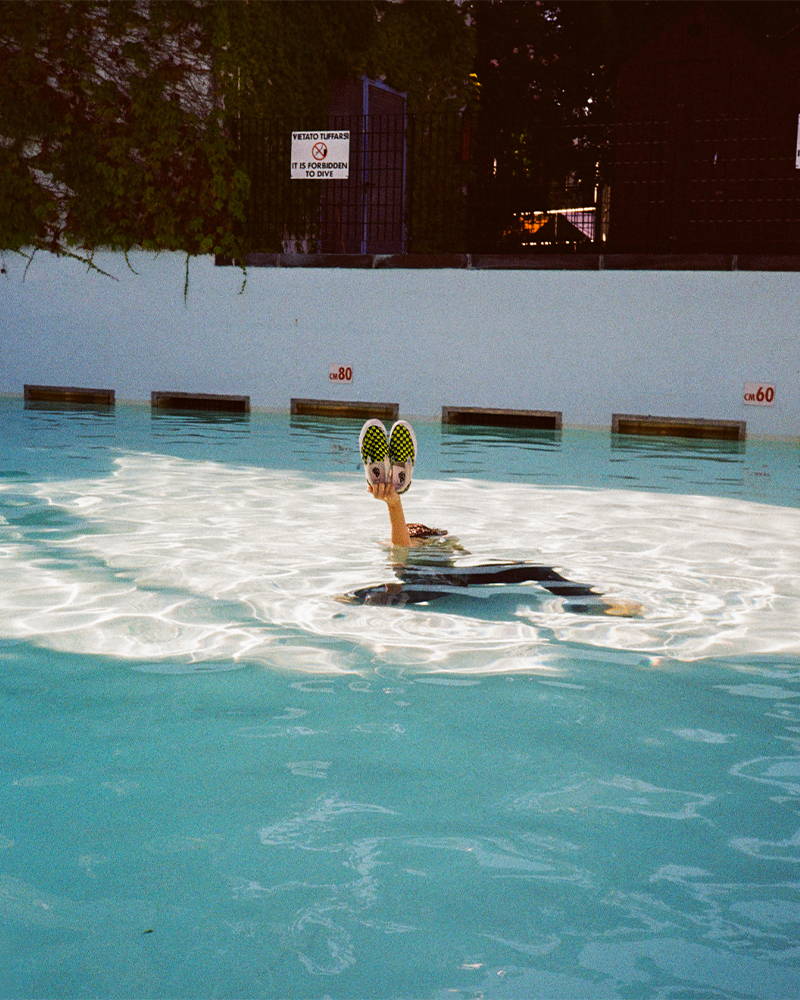 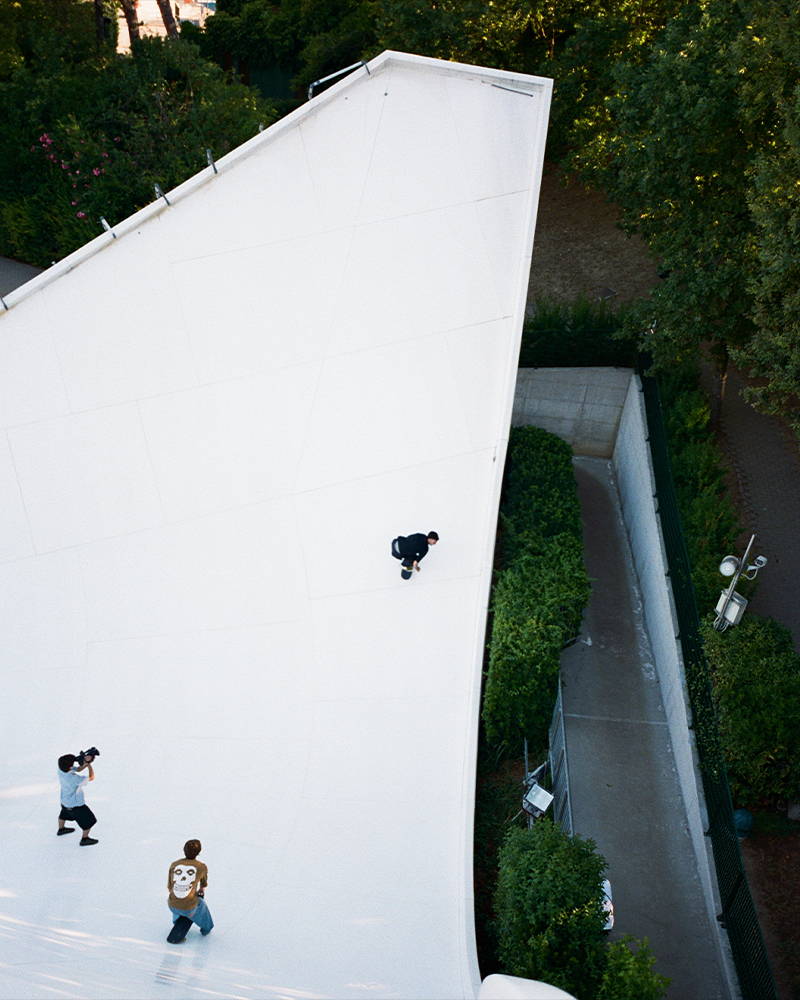 The project was released on July 29th at 09:00 am CET with the limited batch of hand-customised sneakers available to shop exclusively at One Block Down’s online store. The first 10 orders will receive a special towel created on occasion of this specail project.The customization process is incredibly complex and rare, which is reflected by the limited nature of the collection. With every pair, Vans’ legacy is illustrated and each shoe is emblematic of the fact that the checkerboard slip-on may have come from humble origins but it now symbolises an entire subculture.