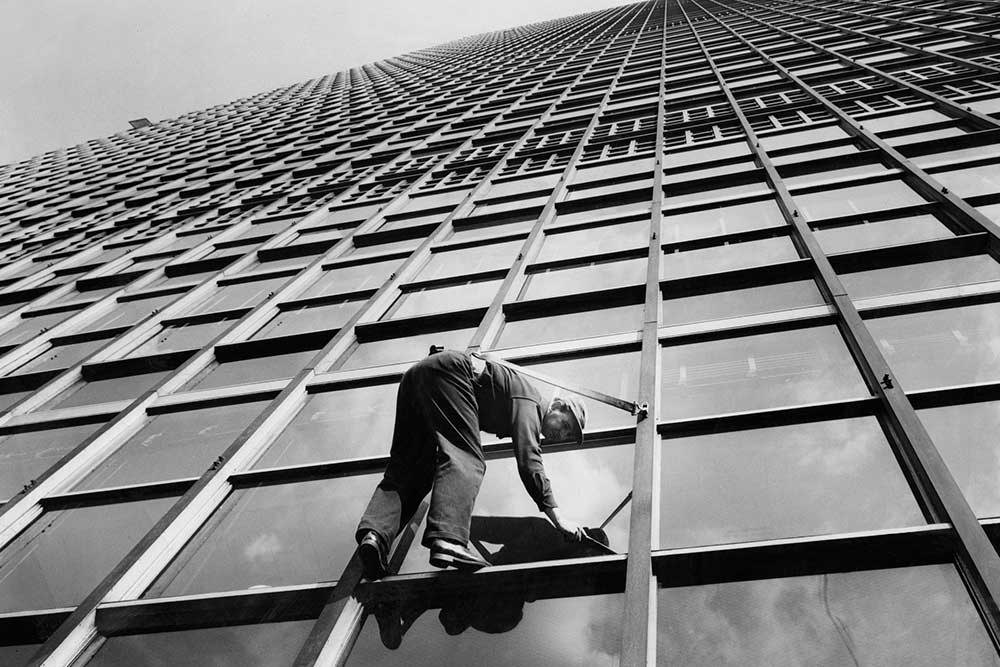 Don't Look Down - The Evolution of the Urban Daredevil

Reckless and often ostentatiously daring - this is how Daredevils are generally defined: People pursuing hazardous activities, not shying away from the fact that every adventure could lead to a cruel death. Even if it sounds absurd, taking the risk of losing your life has become an integral part of today's popular culture, thanks to the incredible popularity of outdoor sports such as wingsuit flying, free climbing, heli-skiing, amongst several others. In fact, there is a certain kind of attraction that ordinary people feel towards the extreme people's relationship to life, leading them to look for less-suicidal ventures on the weekends that still supply that desired kick of adrenaline.
However, to a large extent, this public fascination for adventurous actions relates only to athletes that conquer the outdoors by withstanding the elements of nature. In the meantime, there are and have been few groups of people worldwide that introduce these various tests of courage to the urban landscape. Back in the day, they were broadly accepted. Today, many of them are simply perceived as suicidal delinquents. In this Visual Essay, One Block Down examines the significance of the Urban Daredevil. 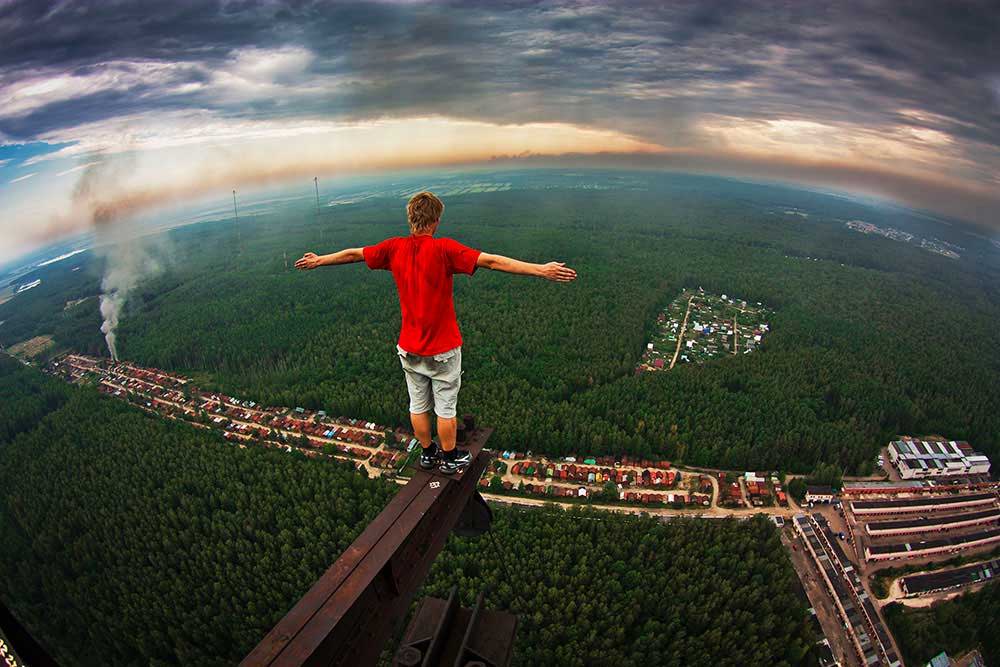 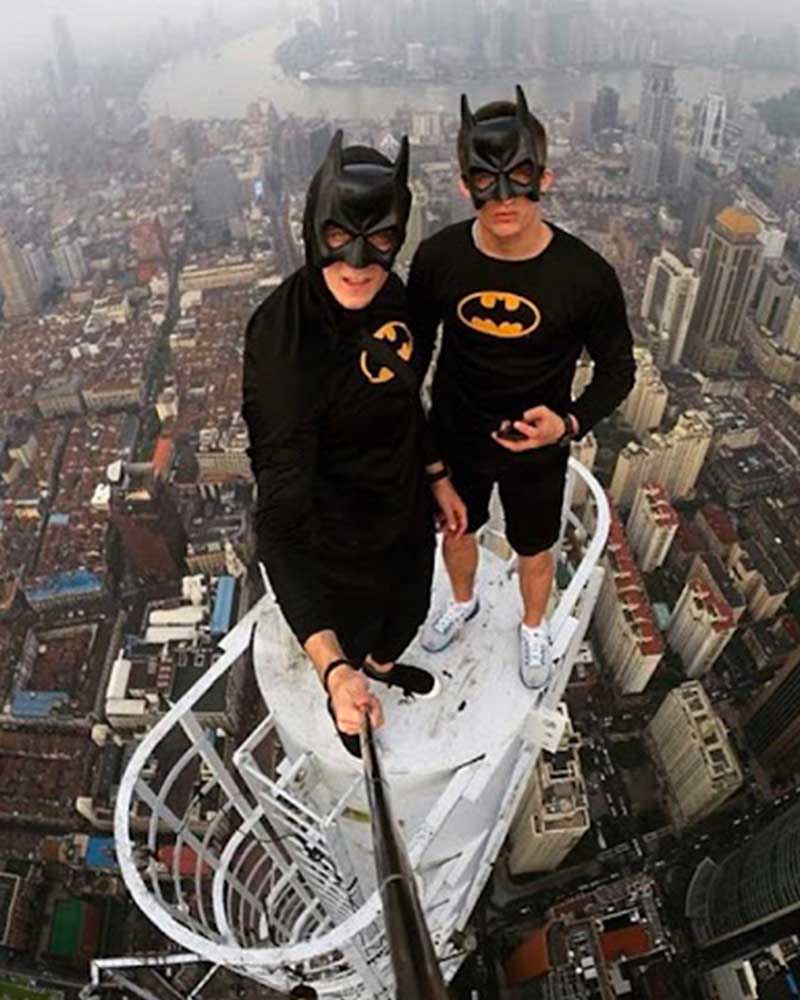 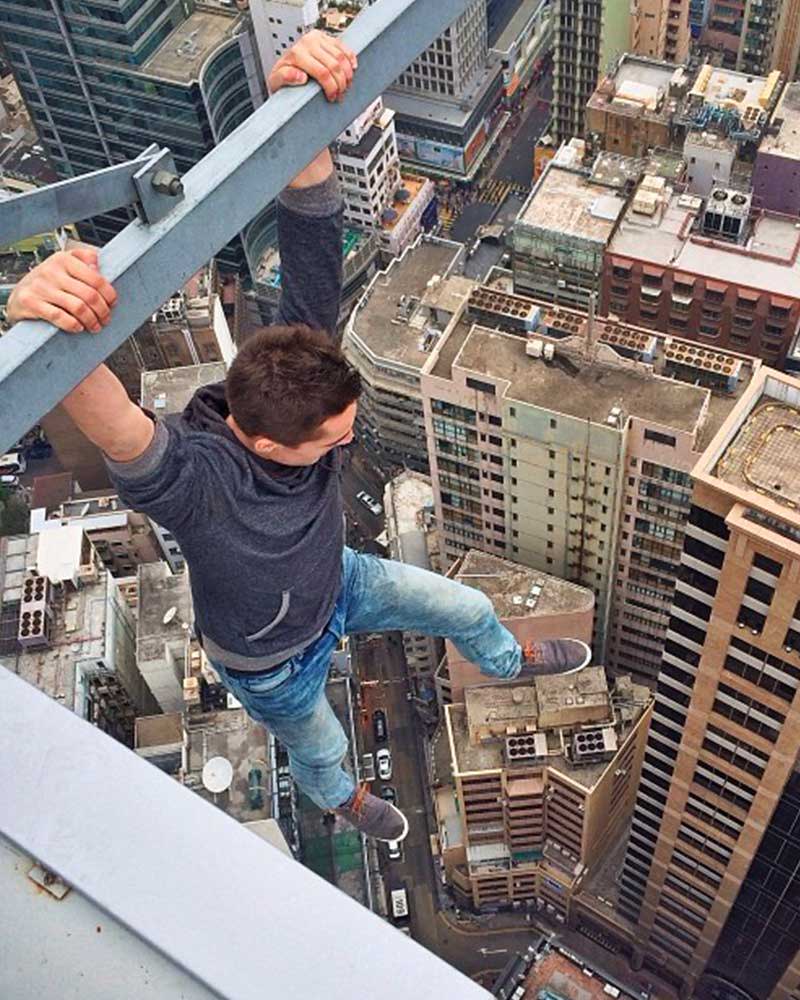 New York City. 1932. A group of construction workers enjoys a well-deserved lunch break, unsuspecting of the imminent fame their typical intermission will experience. The talk is of the legendary photograph called "Lunch Atop a Skyscraper," probably captured by Charles C. Ebbets during the construction of the Rockefeller Center. Even though the moment looks anything other than ordinary, it reflects the daily life of hard-working men, building up the skyline of the big apple as we know it today. Due to a lack of technology & innovation, steelworkers and window washers at that time had to pursue their difficult labor at incredible heights, largely without safety assurance. Many of the men responsible for constructing the emerging megacities were Native Americans of the Mohawk tribe, as well as Irish- and Italian immigrants. Consequently, the constructors of the world's first metropolises were simultaneously the godfathers of the Urban Daredevil.

However, there's a significant difference between construction workers of the 1930s and what we consider Daredevils in recent times. While these fearless men of the past were taking the risk of death simply to make ends meet, contemporary urban adventurers put themselves in these dangerous situations for various reasons.

Today, "Urban Daredevils" that are frequently reported by the media come from diverse backgrounds and often belong to various subcultures.One of them flourishes out of Russia. Young so-called "Roofers" break into skyscrapers, radio towers, cranes, and high buildings under construction to climb for a rare gaze of Russia's cityscapes. Kirill Vselensky, one of the leading actors in the culture, once said to Vice: "It's a way to have adventure without leaving the city."

Though just standing on an elevated platform and enjoying the view is not enough, the community, which has spread across the globe in recent years, aims to capture the riskiest selfies just to gain popularity on social media. The more dangerous, the more attention. 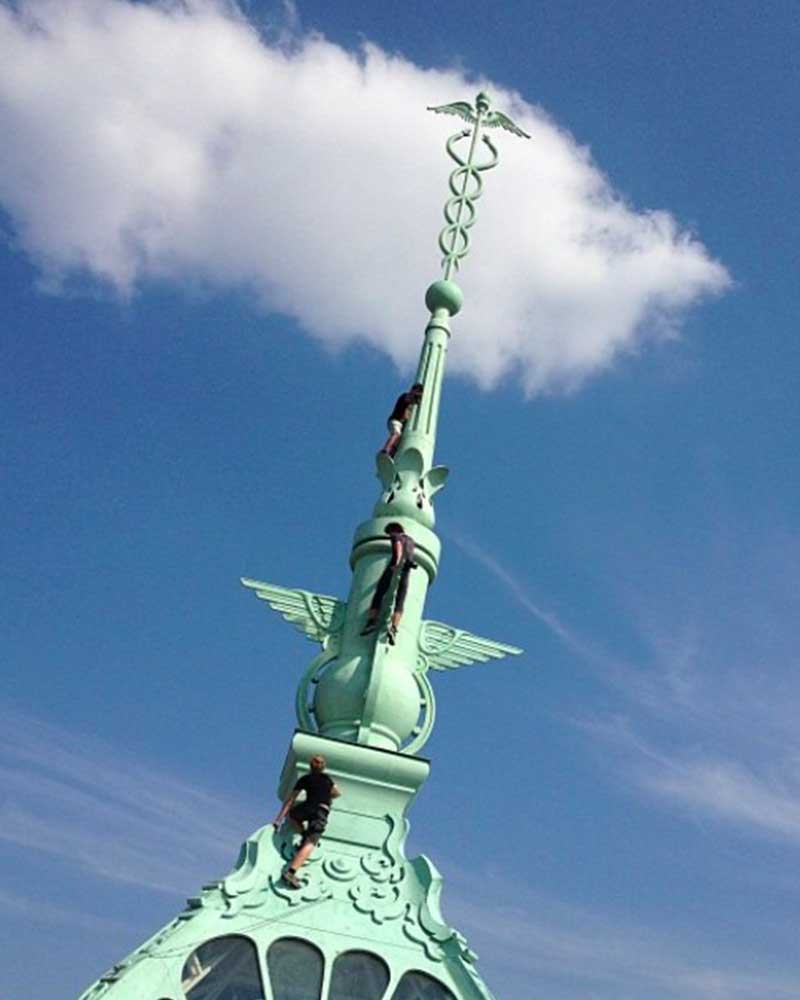 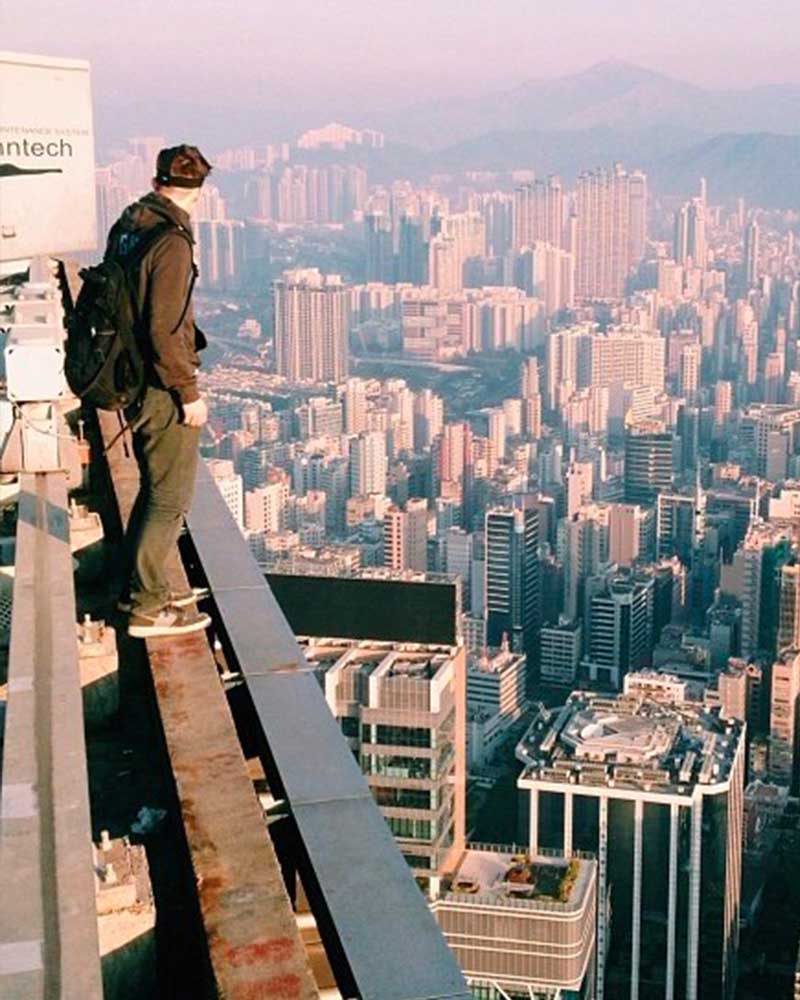 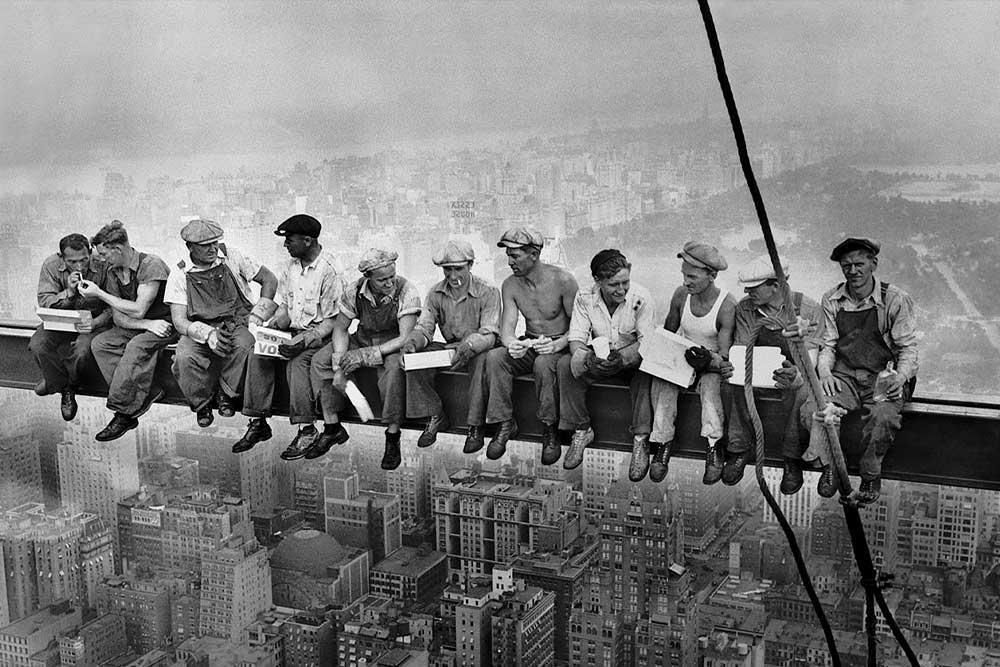 Public attention can be noted as the general target for most modern-day daredevils. However, while Russian roofers aim for likes, shares, and comments on Instagram, Graffiti writers would rather be conspicuous in the real world, attracting the attention of civilians noticing tags and paintings in seemingly unreachable spots. The Brazilian "Pixadores," a protest movement that flourished out of São Paulo's favelas in the 1980s, is known globally for vertically tagging high buildings. Inspired by heavy metal and punk, the art style called "Pixação" often displays characters resembling the Iron Maiden lettering. The movement represents a real counterculture, standing in the face of Brazilan authorities that are not even trying to arrest but rather kill, thrash, or humiliate writers by forcing them to drink the paint they tag with.

Looking at other capitals in the world, one can notice that Pixação has broken boundaries and extended the vision of what's possible. For instance, the Berlin-based crew "Berlin Kidz" rose to fame for introducing Germany to vertical graffiti. Besides decorating the city with tags in unusual spots, the group attracted high popularity through its crazy movies, showcasing the rebellious lifestyle of climbing Berlin's "Plattenbau" and surfing trains, turning the city into a playground without limitations. 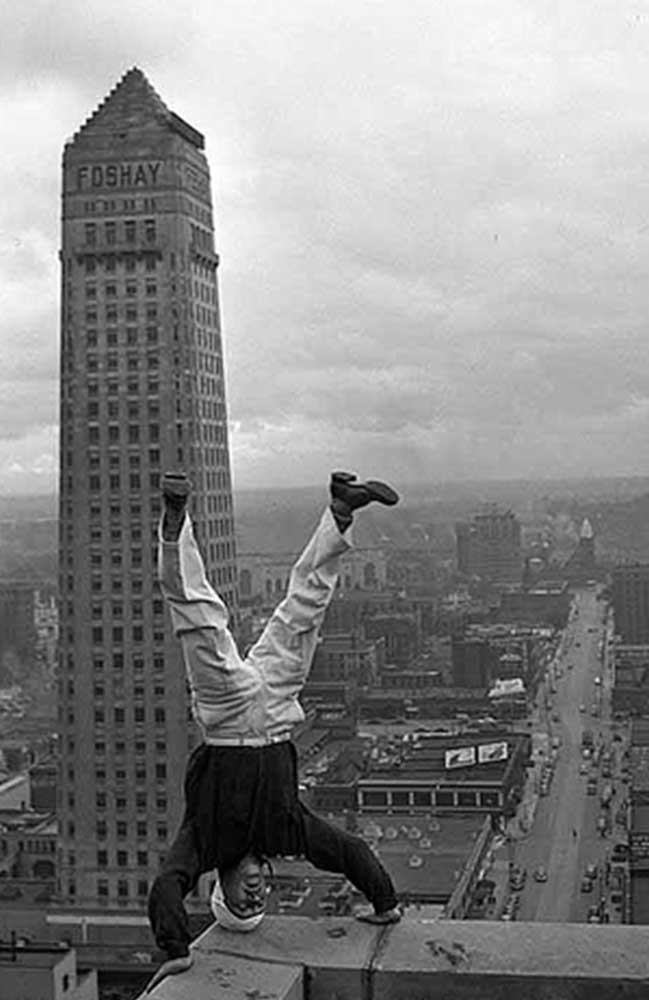 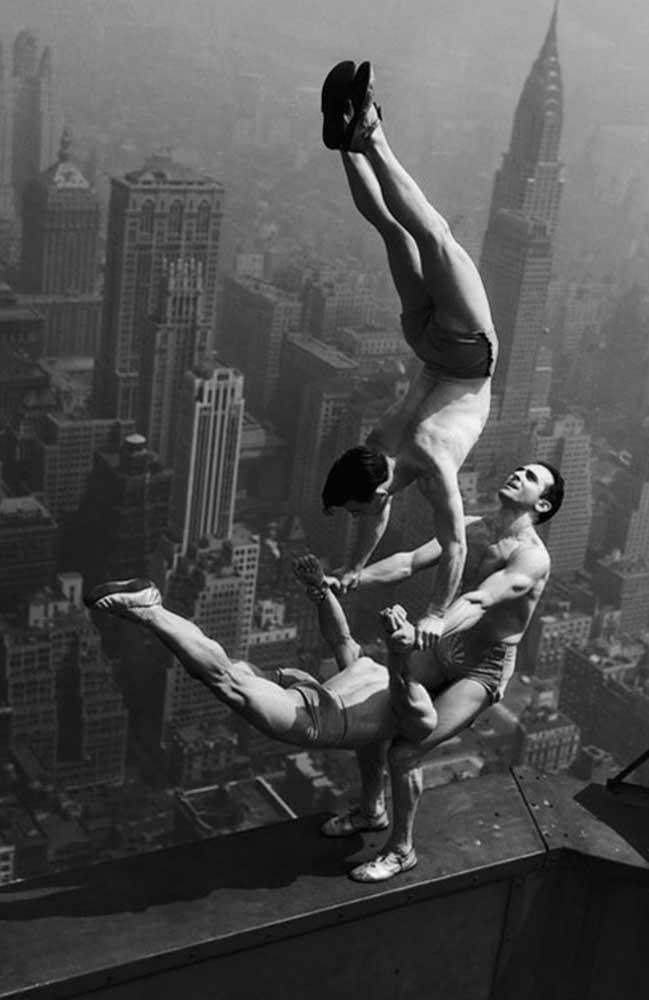 Following the footsteps of acrobats in the early 1930s, athletes recognized the opportunity of utilizing the urban environment for sensational challenges as well. From Robert Alain, better known as the "French Spiderman," due to free-climbing over 70 skyscrapers during his career to free runners and slackliners: adrenaline-hungry lunatics embrace extreme sports in the cityscapes, risking their lives under the observation of live audiences - sometimes with, sometimes without permission.

Urban Daredevils emerge through various motives. However, a particular notion is generally shared, whether by roofers, graffiti artists, or athletes: It is about introducing the extreme to places typically perceived as ordinary, commonplace, or conventional. At last, this approach genuinely reflects the subcultural attitude of subversively reinterpreting what the dominant culture has established. Urban Daredevils are breaking boundaries and initializing an idea of how the urban environment can be perceived by transforming it into an adventurous place offering limitless opportunities. 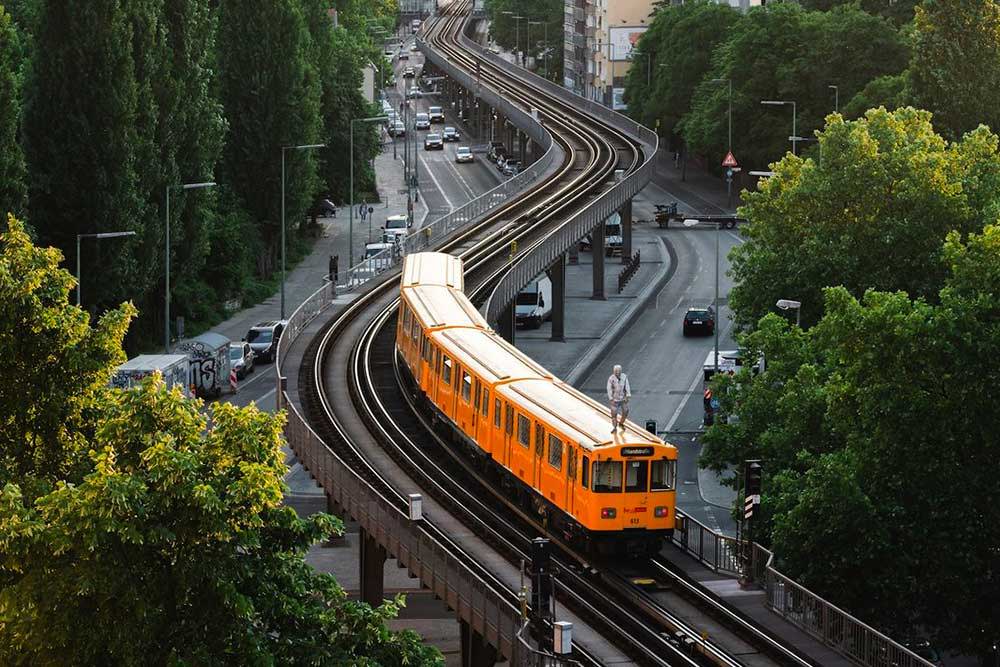 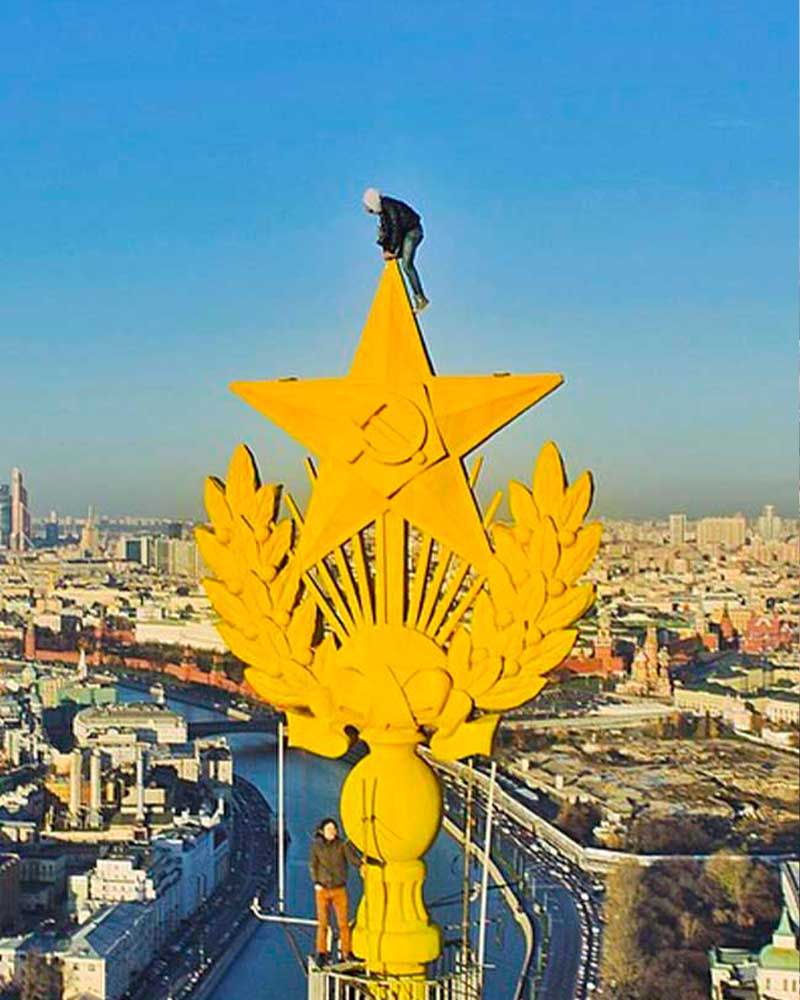 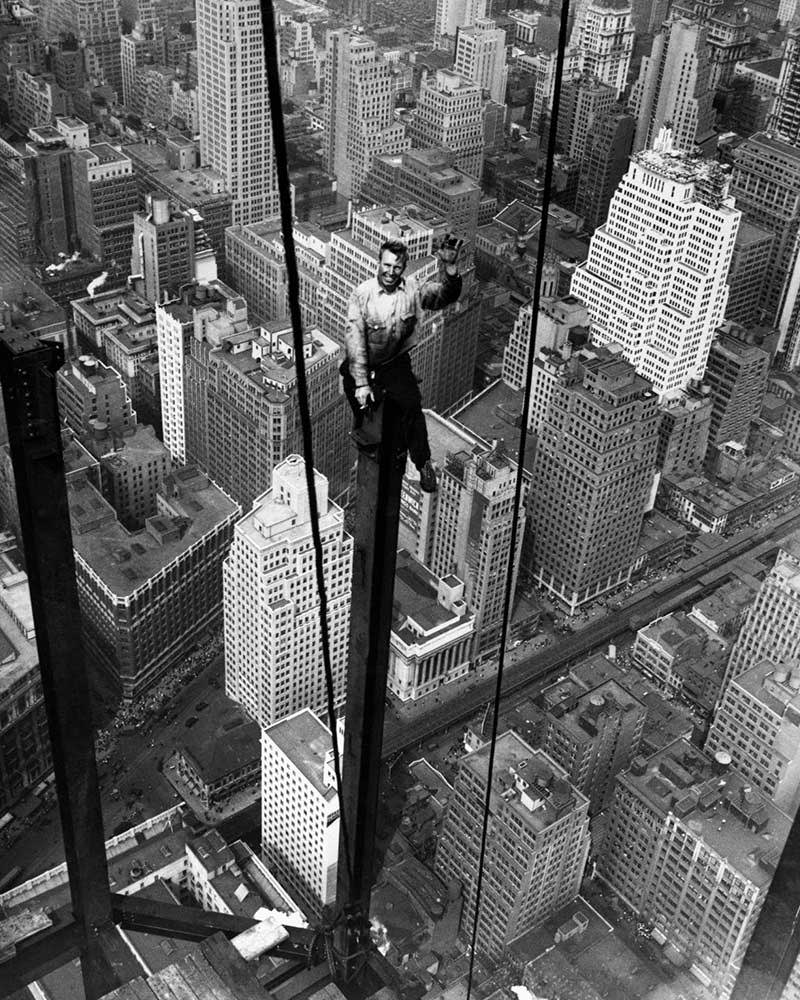 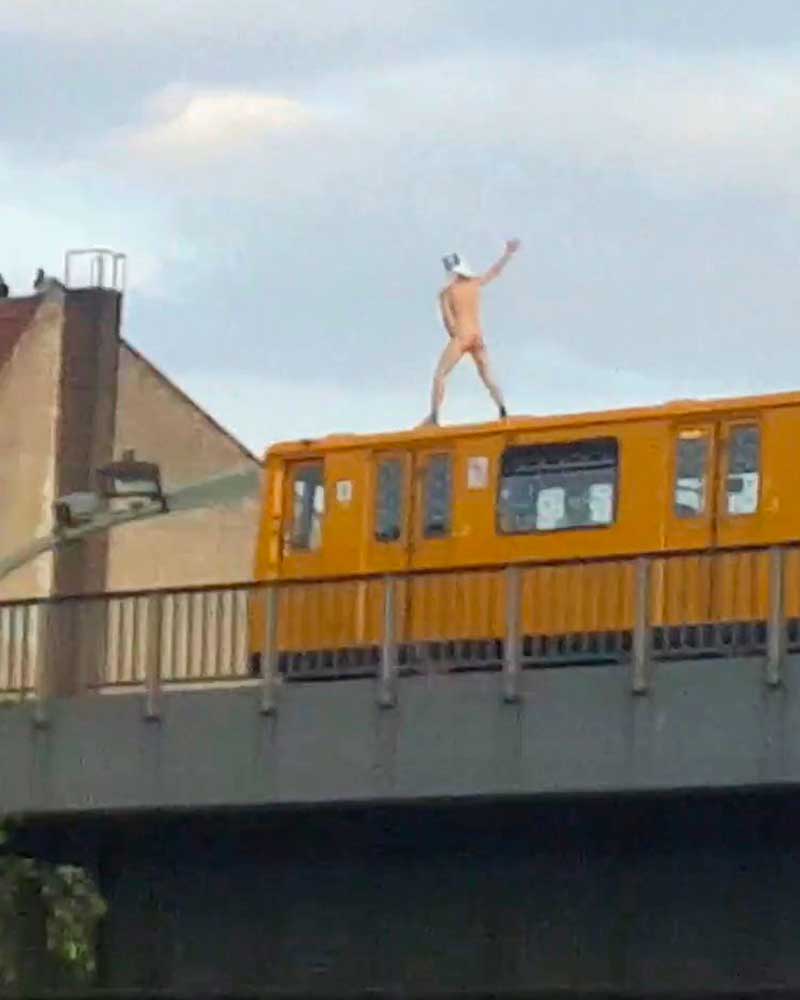 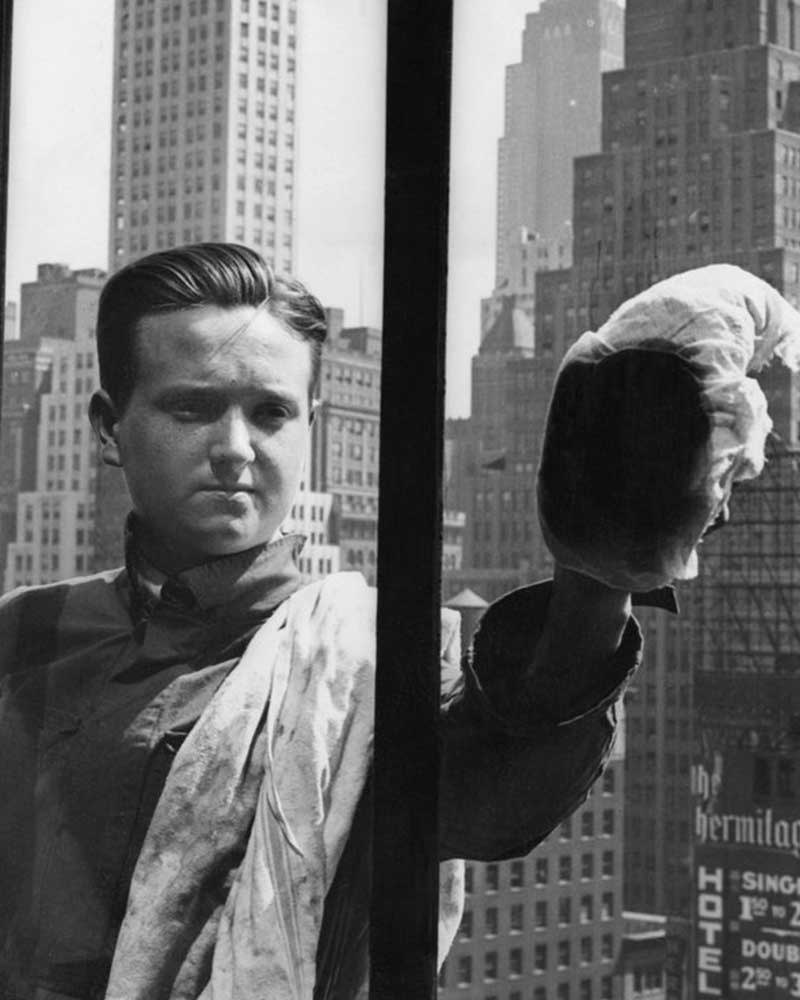 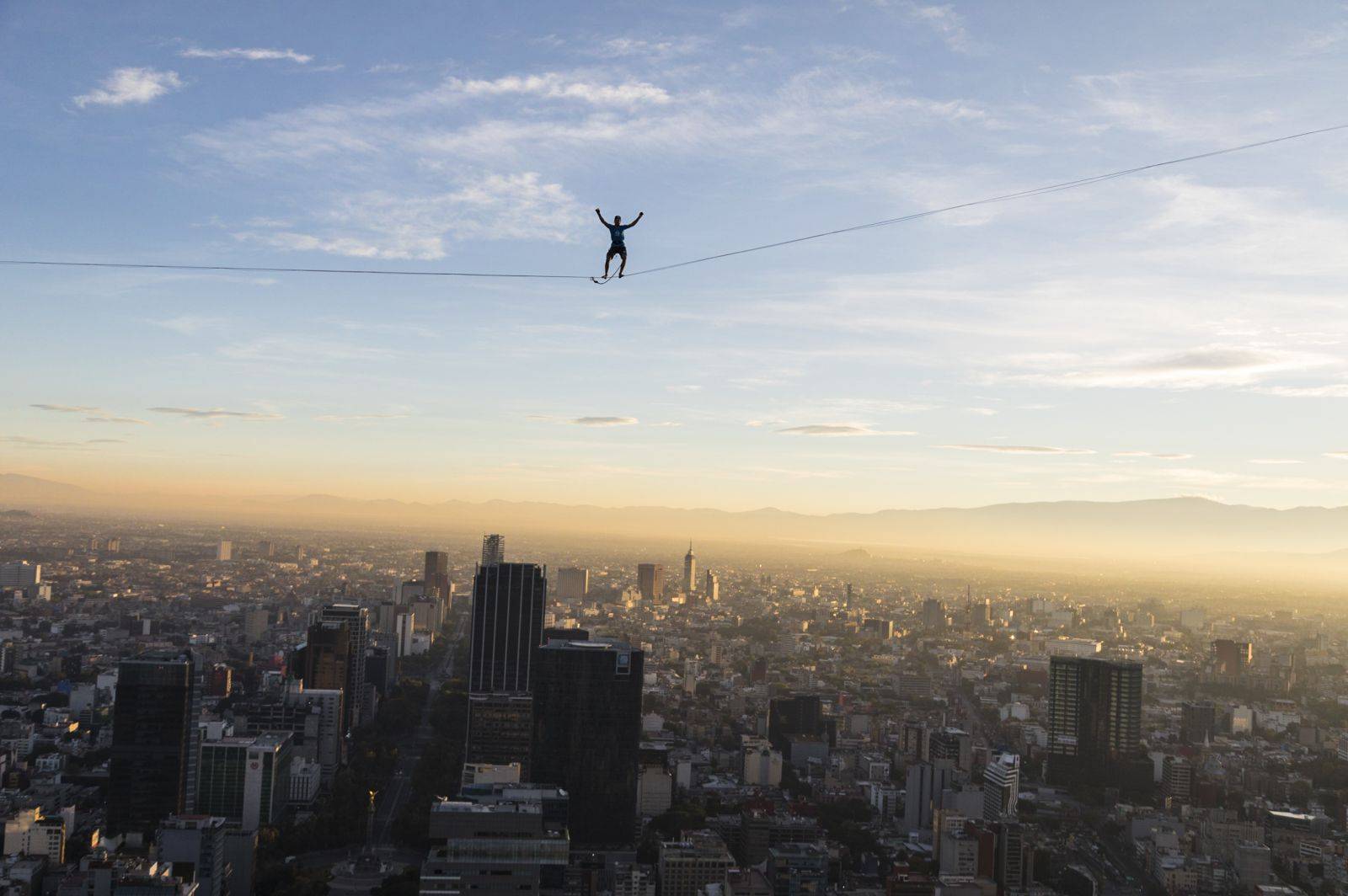