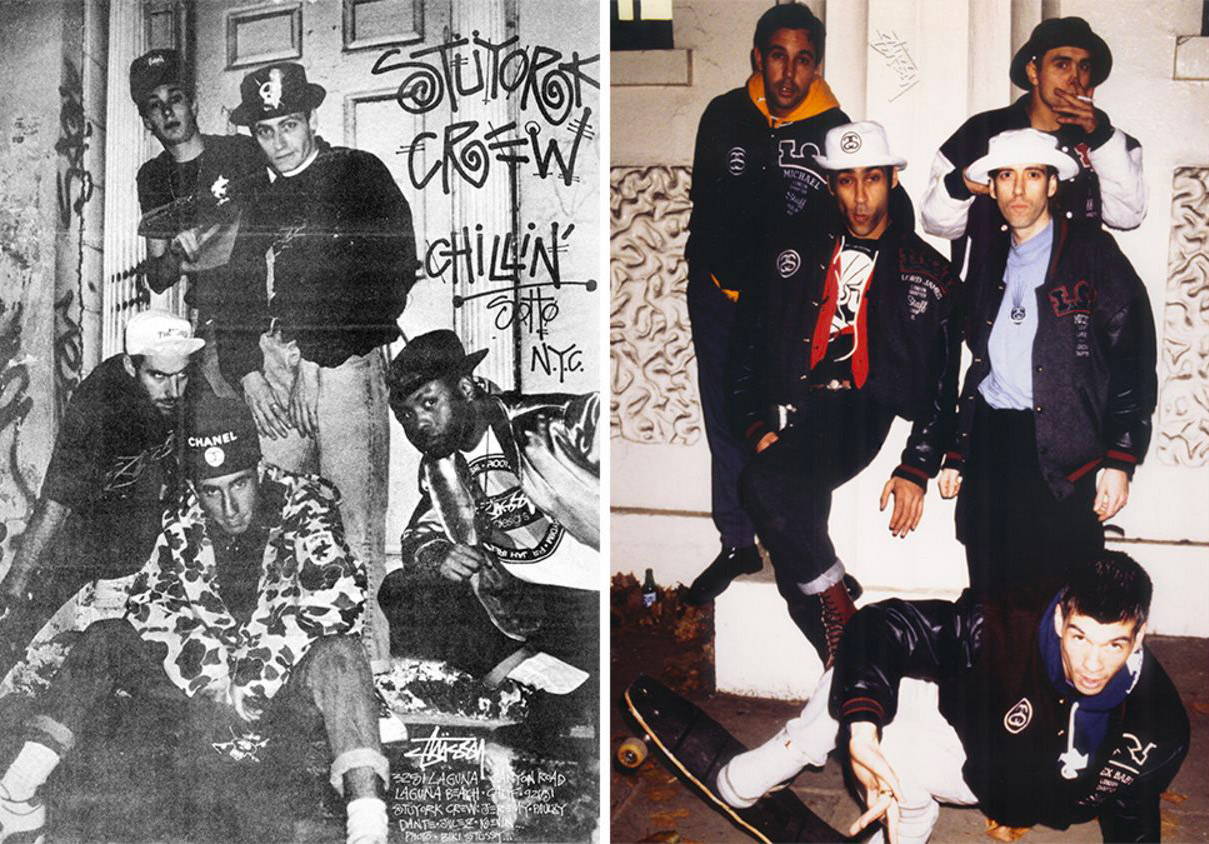 You're Part of The Crew: Cultural Symbols of Belonging

Symbolism is and has always been an inextricable part of human societies. Looking at the dawn of civilization, one encounters a seemingly infinite pool of cultural marks, signifying an individual's affiliation with a group as well as its role and status within this particular community. The essentiality of this phenomenon is unquestionable when having a broad view on societies worldwide - no matter if today or throughout the course of history. For instance, most of humankinds' substantial professions of the past and present are easily recognizable from the outside, allowing people to identify an individual's position and function in a general cultural context. By looking more deeply into these specific entities of human culture, one can not only observe a system of various roles within an organization but also an associated hierarchy defining a person's authority. 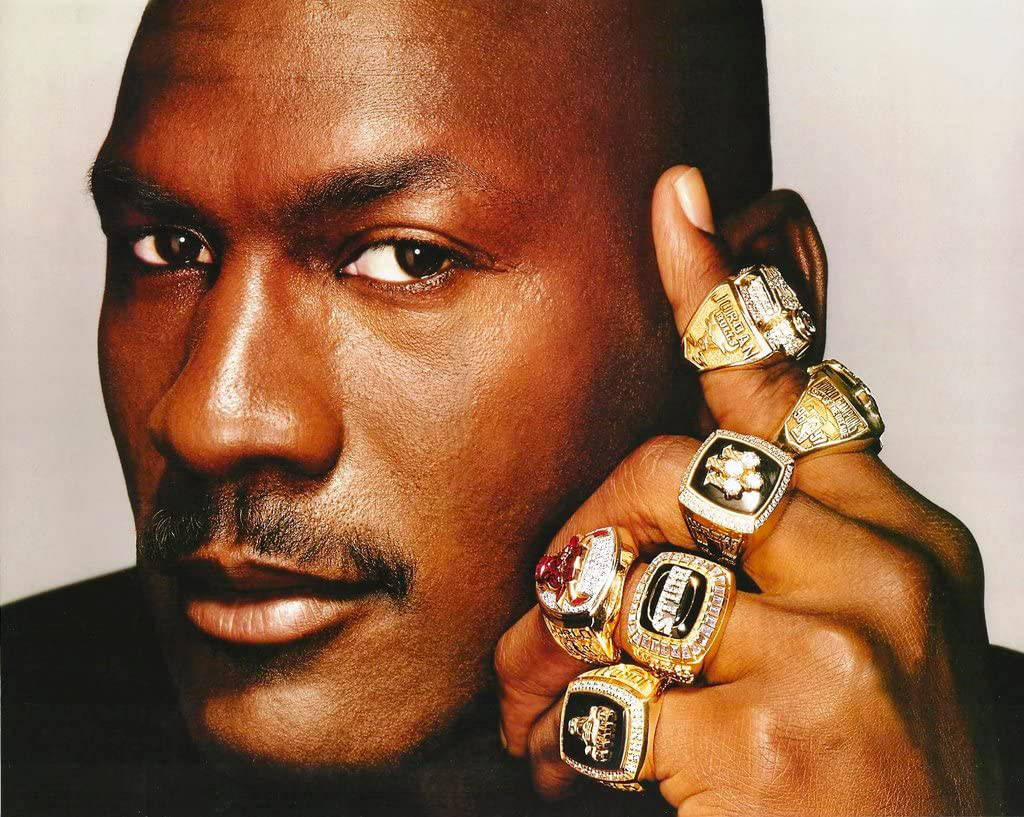 Consequently, a symbols' function is a visible representation of a particular role and rank inside a community. The three purpose-giving fragments of a cultural mark, affiliation, status, and function, are observable in dominant culture but are especially critical to a subculture's need for publicly visible delimitation. While the characteristic of affiliation is generally applicable, the role of status and function can be observed either from an external or internal perspective. Thus, the evaluation of these terms can vary.

The latest editorial by One Block Down presents a broad exploration of modern sub- & pop cultures' utilization of symbolic objects defining their unique functions as well as their internal-and external purposes and significances.

When thinking about hierarchical structures in subcultures and associated visible expressions of rank and order, one's gaze might most likely fall upon notorious one-percenter motorcycle clubs like the Hells Angels MC, the Bandidos MC, or the Outlaws MC. The term "one-percenter motorcycle club" describes the 1% of biker gangs that are actually delinquent and subversive, apart from the 99% of law-obeying citizens that have established a circle of befriended motorbike aficionados during leisure.

The history of these gangs dates back to the latter half of the 1940s when American soldiers returned from World War II and experienced a particular lack of rush & brotherhood in their mundane lives back home. Simultaneously, a considerable amount of cheap Harley-Davidson motorcycles were on the market, prior produced in great numbers during the war to support the Army's combat. Harley-Davidson became a tangled association with outlaw motorcycle culture as the bikes represented the subculture's critical values of freedom, rebellion, loyalty, and patriotism towards a beloved America - values that these alienated veterans had starkly in common. 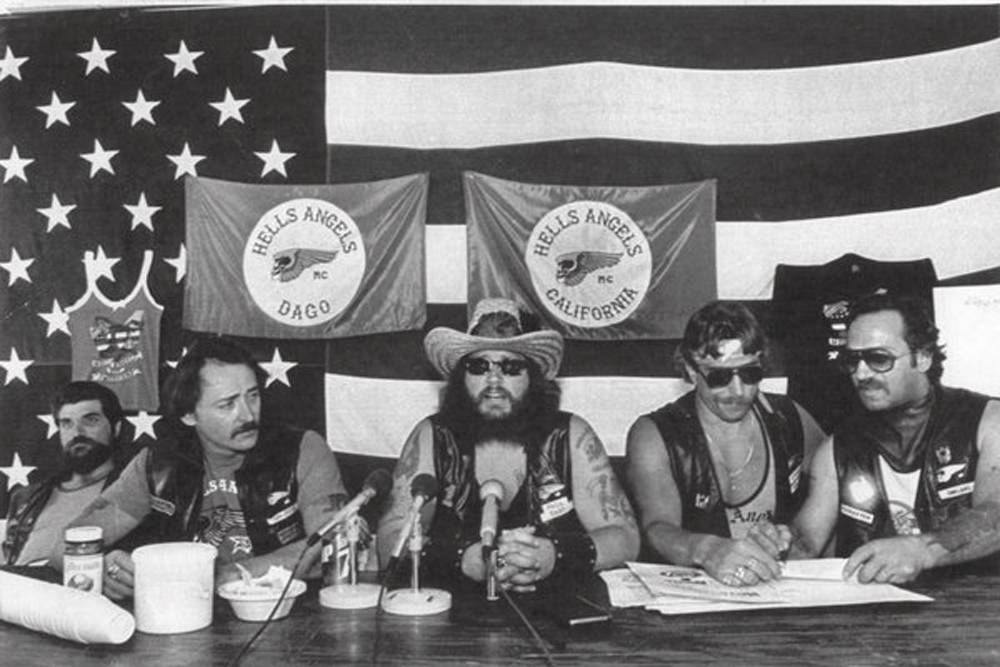 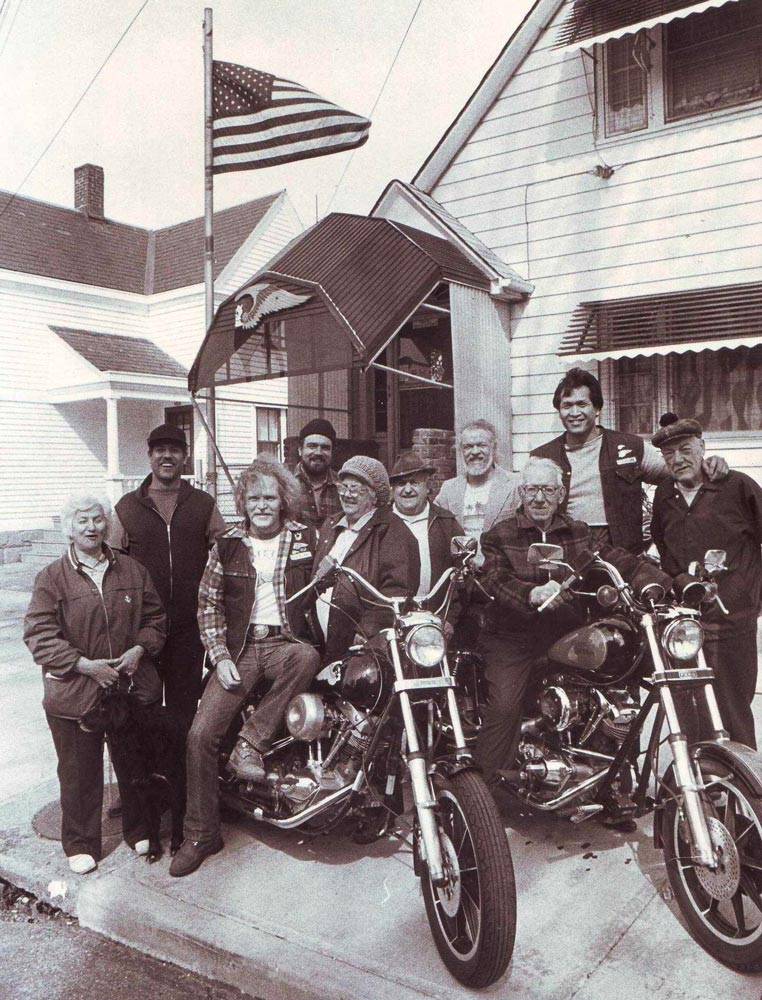 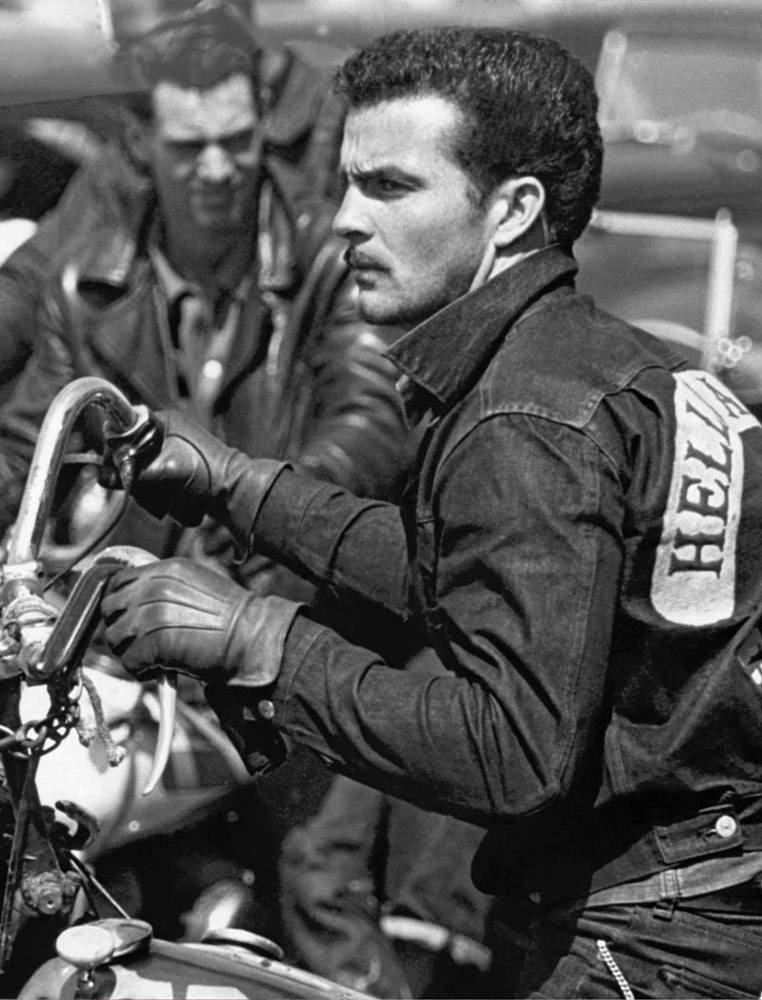 A brawl between two MCs throughout the annual biker rally in 1947 in Hollister, California, caused tremendous public attention and fear, eventually introducing these upcoming subcultural organizations to the dominant culture. It can be depicted as the historical event preluding the modern era of outlaw motorcycle clubs of the Hells Angels and Bandidos, as the American Motorcycle Association has unintentionally defined a moniker by explaining that the particular altercation was not representing the mainstream biker: "99% of bikers are law-abiding citizens, but there's that last "one percent" that are not – those folks, are nothing more than "outlaws."

Throughout decades, the likes of crews like the Hells Angels have established themselves as wanted criminal organizations often held responsible for crimes such as mayhem, murder, drug dealing, human trafficking, prostitution, and extortion, amongst further accusations. 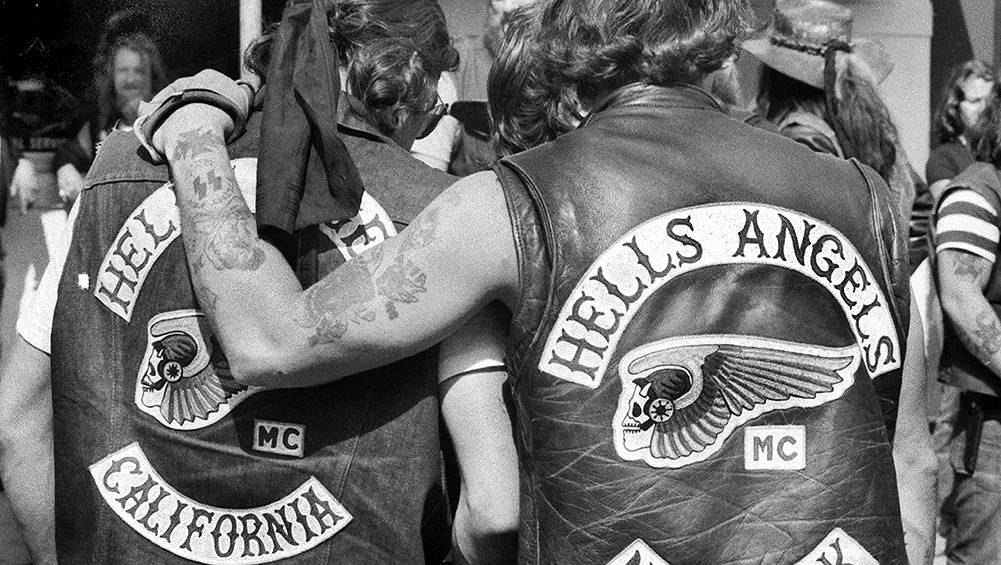 Heading back to the subject, one can perceive the Outlaw Motorcycle Culture's remarkable background in symbolism, primarily arbitrated by the customization of biker cuts made of leather. Looking at the backs of these cuts, the logo, also known as the clubs' "colors," is placed in the center, while the top rocker represents the club's name and the bottom rocker the member's region of operation. The front mostly features the rider's nickname and can also signify his rank. As described before, Outlaw Motorcycle Clubs like the Hells Angels, Outlaws, or Bandidos, are also referred to as One-Percenter-Clubs. Accordingly, a 1%-Patch is stitched on every vest of a member of these infamous communities to convey a dissociation from the AMA's regulations and the country's legal system.

One could assume that everyone who's merely a fan of motorcycle culture could adopt the associated garments to indicate a deep fascination and passion for these clubs. However, that's an action that most likely causes a lot of trouble if actual members take notice as the membership to a one-percenter club is based on more than just a shared interest in motorcycles. Indeed, becoming a member of these notorious groups requires the right personality, personal incentives and sacrifices underlining loyalty, and lastly, a lifetime commitment to the club's codex. Consequently, it's a life-changing decision that usually cannot be undone, as biker gangs rely on the core virtue of infinite loyalty and dedication.

The phenomenon of the criminal biker club has been depicted in several movies, like the iconic "The Wild One" (1953) starring Marlon Brando and Lee Marvin, or in more recent outputs like the critically acclaimed series "Son's of Anarchy," or Ken Wakui's manga "Tokyo Revengers." 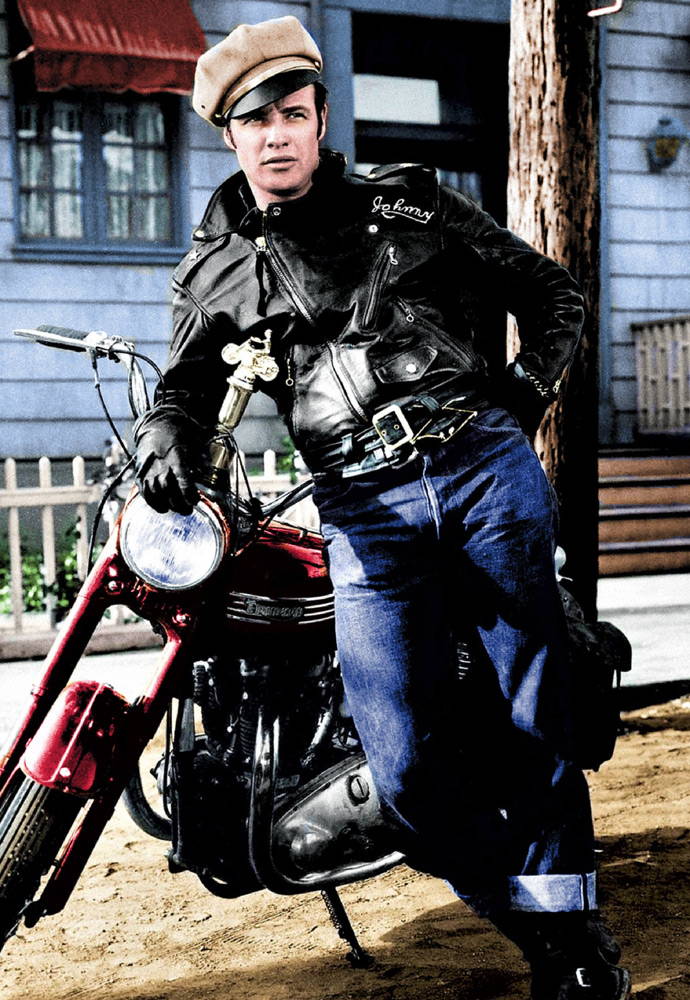 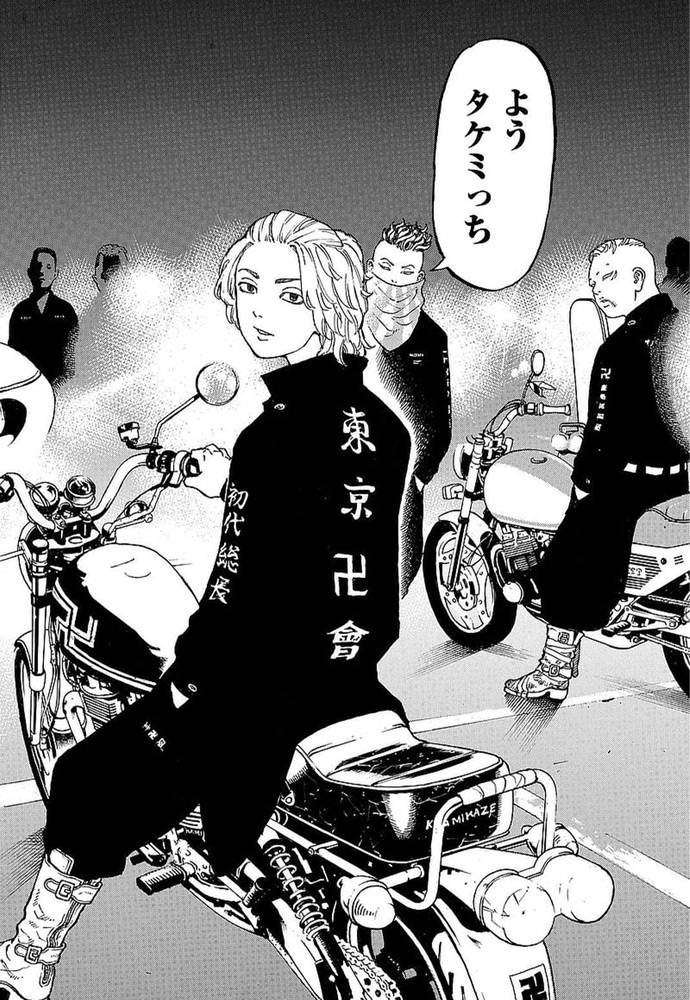 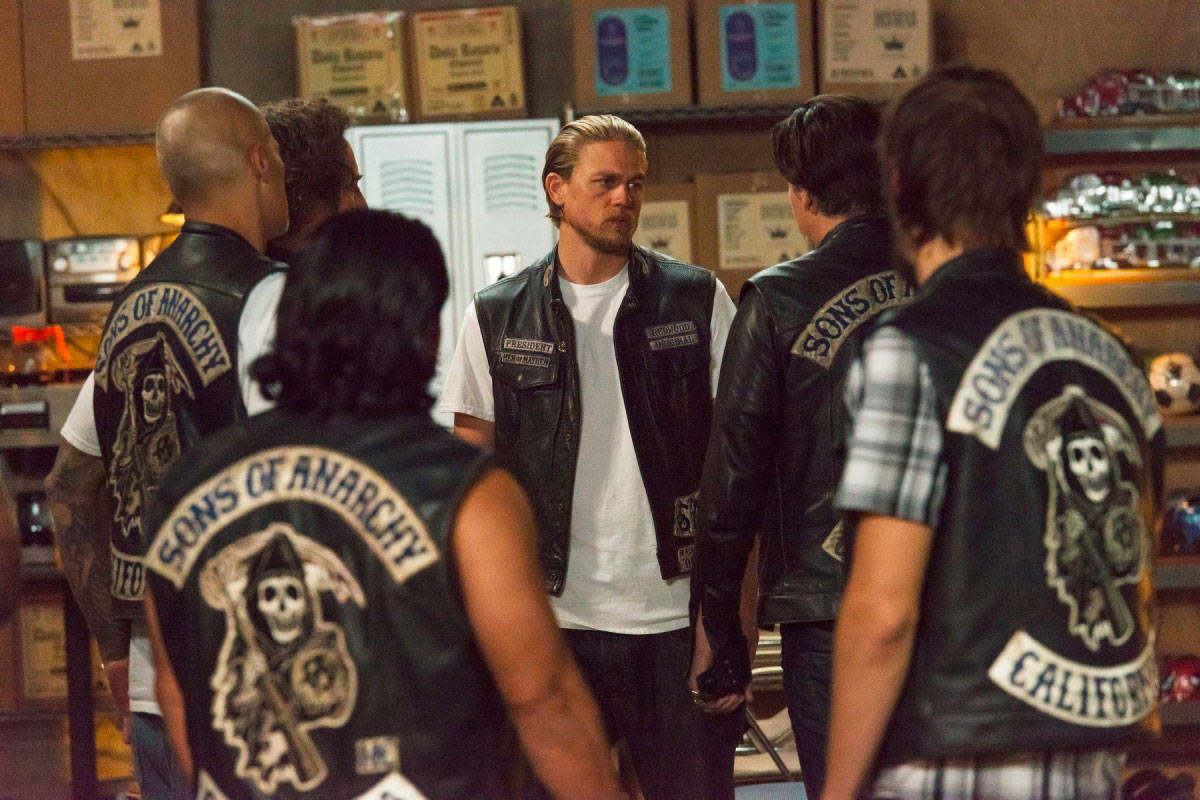 Beyond motorcycle culture, one can perceive plenty of different references to subcultural utilization of scarcely attainable marks. In these cases, they're less signifying brotherhood and eternal loyalty but rather represent reciprocal admiration of personality, worldview, and creative vision. Traveling some 30-40 years in the future, one will stumble upon a young man shaping surfboards in Laguna Beach, California, unaware of the amazing impact he'll later have in developing popular culture.

The guy's name was Shawn Stüssy, and the early 1980s in which he started his profession was a hotbed for various youth cultures to emerge, eagerly defining a narrative towards a cultural reality that we experience today. Besides being talented in producing surfboards, he was exceedingly creative in sketching, putting his now-iconic "Stüssy-Signing" on every ready-made board. 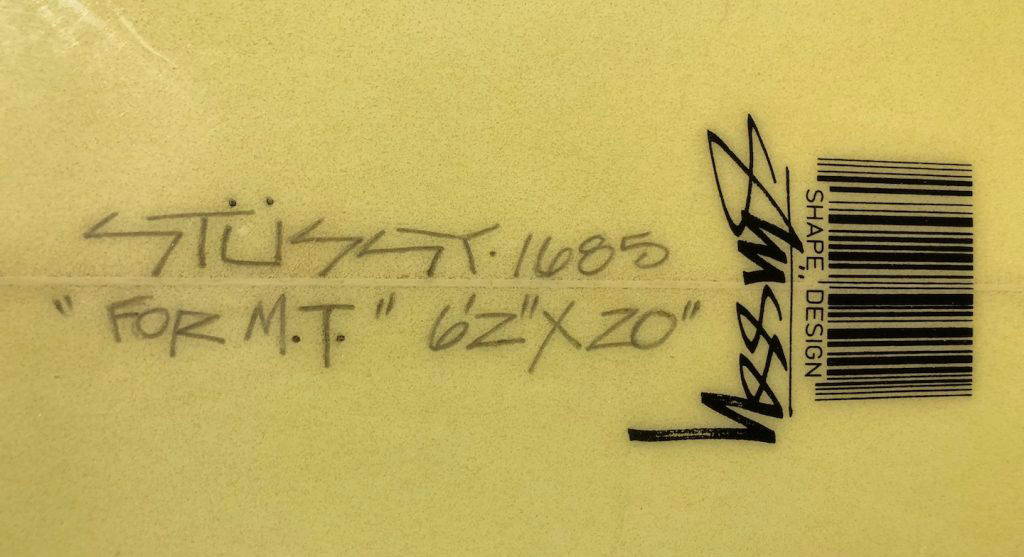 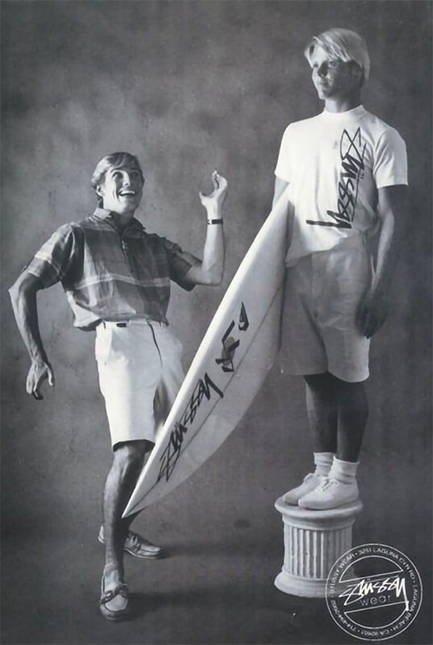 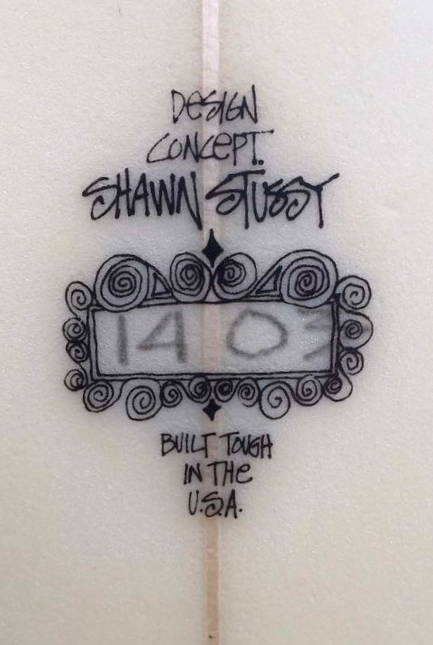 An inculpable endeavor to create a line of T-shirts handed out for free to his clients somehow kickstarted a cultural phenomenon that largely shaped the clothing industry over the following 40 years. In partnership with friend and businessman Frank Sinatra Jr., Shawn Stüssy started an eponymous clothing brand, adapting existing cuts by refining them with his unique prints influenced by his eternal curiosity for music cultures.

Throughout the 80s, Stüssy slowly established itself across borders, gaining a fanbase in other culturally influential cities like New York, Tokyo, Paris, and London. As Shawn was constantly on the run to seek the new, he traveled a lot, met like-minded people, and immaculately experienced youth cultures beyond just California.

The people he made friends with through shared interests in music, art, skateboarding, and surfing, as well as an urge to simply do cool stuff, turned out to become the men's fashion industry's most propelling actors. By encountering the later groundbreaking individuals from all sorts of places and bringing them all together, like James Jebbia, Hiroshi Fujiwara, Paul Mittleman, and Michael Kopelman, Shawn Stüssy accidentally found an international posse of cool-defining men: the International Stüssy Tribe, also known as IST. 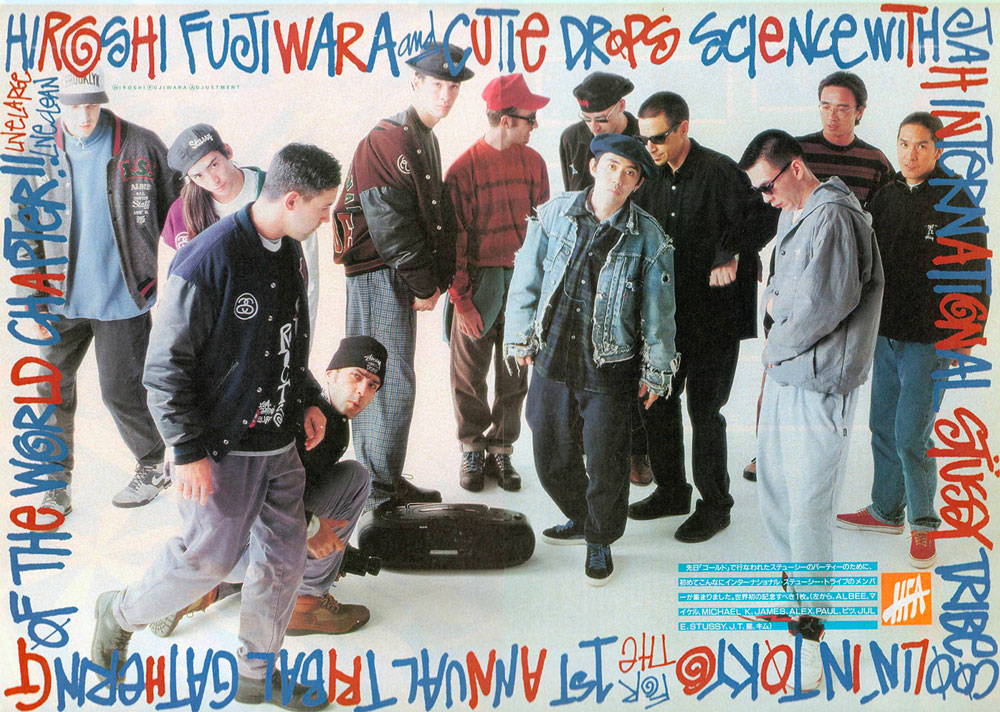 Members of the International Stüssy Tribe could be identified by a customized varsity jacket, featuring the member's name on the front and a large IST logo on the back that, from its structure of top and bottom rocker, resembles biker cuts of outlaw motorcycle crews. However, there was nothing like entry requirements or reception rituals in the IST.Seemingly, it was a pretty exclusive group as the counter of the members was relatively low.

Still, in reality, Shawn didn't conceive his IST Jackets to be something exceedingly serious or profound. In fact, for him personally, they were just a cool gift for friends and family - people that he admired for their pleasant personality and curiosity.What eventually made these garments so iconic in the realm of street culture, particularly in streetwear, was the progression of time and the steadily increasing influence of many of the IST's original members, like the incredible success of Jebbias' "Supreme."

Back then, it was just symbolizing a group of friends that shared a passion for seeking new and unconventional music, making cool stuff, and actively propelling the culture they were participating in. Externally, the jacket symbolized a mindset of constantly being on the hunt for innovation, for the novel, for what's coming next.

Today, partly because this varsity jacket became a public commodity, it's perceived as a cultural artifact, representing the emergence and evolution of the occurrence of streetwear. Hence it lost its primordial symbolic meaning throughout the years, unlike the biker cuts of one-percenter clubs. 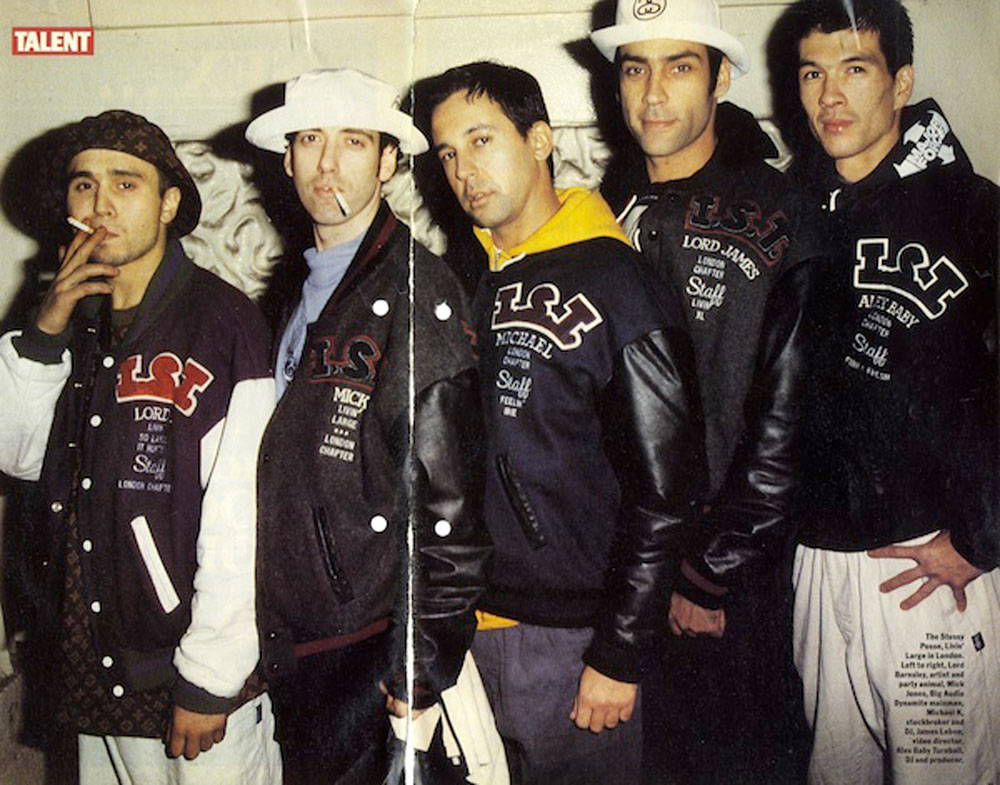 While the abovementioned examples for attaining scarce cultural objectsprimarily focus on the values of shared perspectives or demonstrating proof of everlasting loyalty, one can examine this phenomenon on a third set of values - ambition and talent.By looking at the uprise of Rock-A-Fella Records during the 1990s, founders Jay-Z, Kareem "Biggs" Burke, and Damon Dash established a massively desired reward for aspiring creatives, a symbol, proving to everyone that one has made it. A diamond pendant materializing the label's logo of a champagne bottle, a record, and the iconic capital R-letter: The Rock-A-Fella Chain.

"It was almost like your older brothers were knighting you. We all aspired to get it one day, and everybody earned it in different ways," Wayno Clarke said to Complex Magazine in 2018. The handover was anything but predictable, unlike when aspiring athletes accept their first jersey after signing to a club or franchise, when championship winners obtain a ring or medal, or when skateboarders go pro by receiving a signature deck. In the case of the Rock-A Fella Chain, the ultimate reception instead depended on the individual situation. 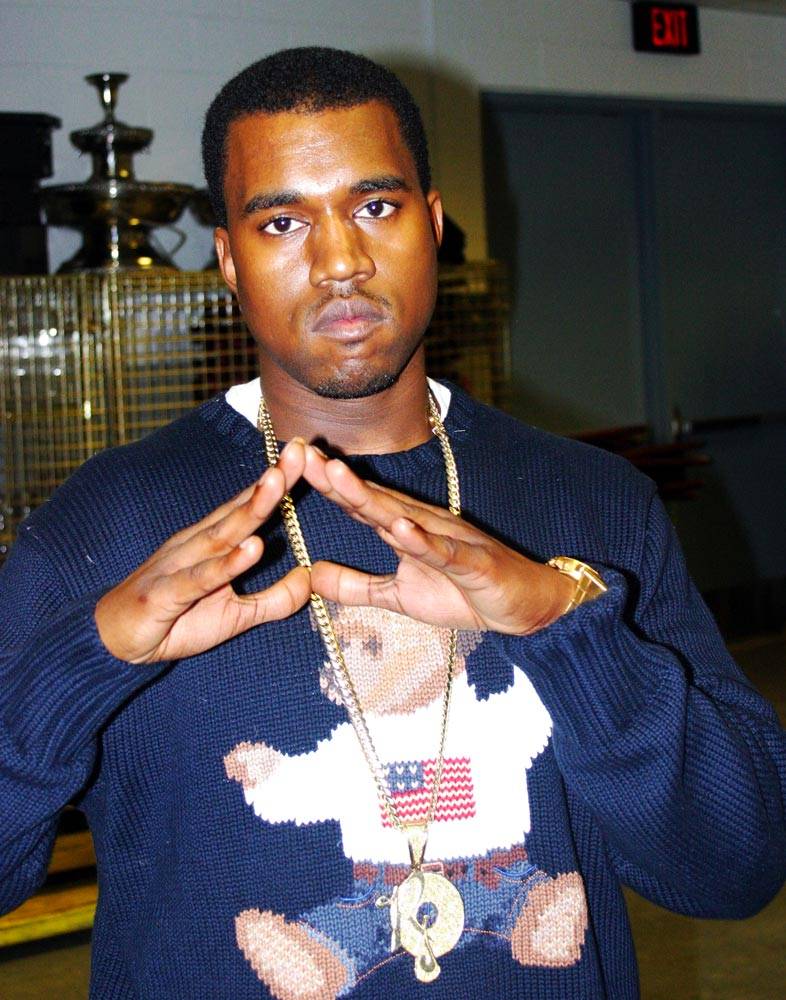 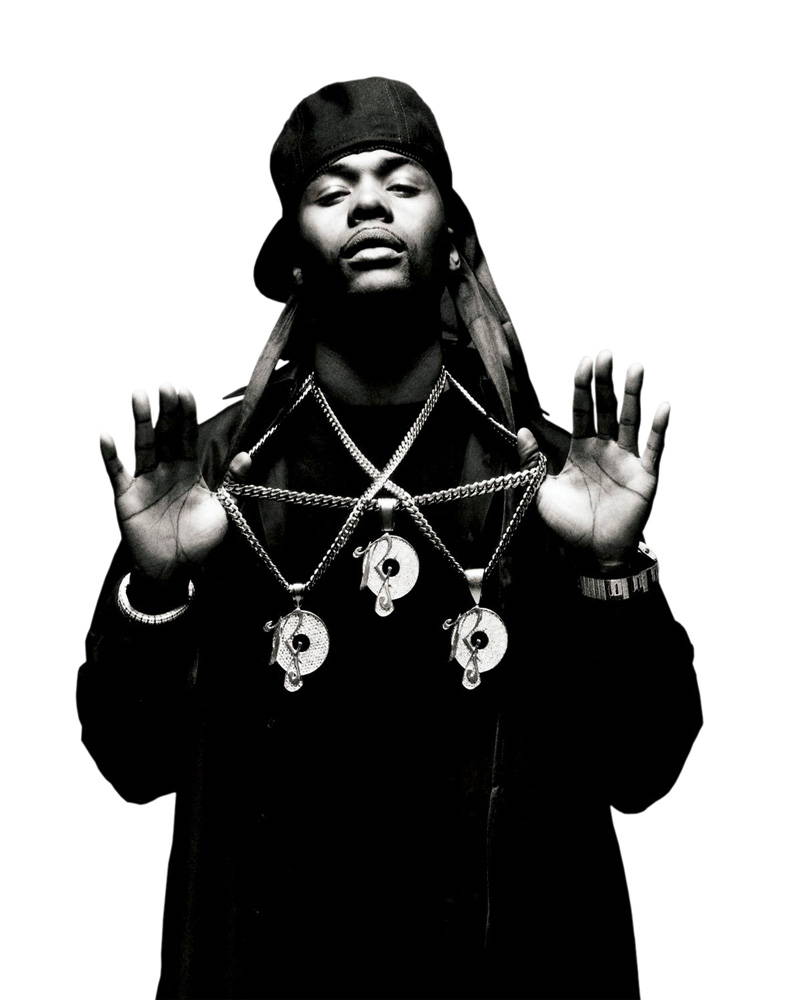 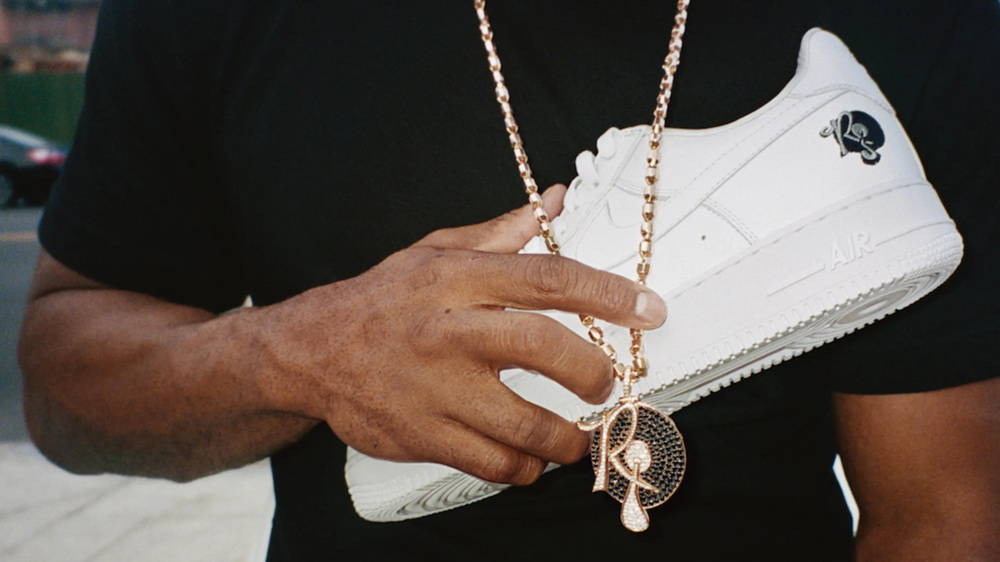 While Memphis Bleek earned the chain already by signing the deal with the label, other artists like Freeway had to prove their value to the Roc by making a hit record. And others yet, Kanye West himself, received it after Jay-Z recognized that he was finally serious with his music. Even though the record label split apart in 2013 after a dispute between Jay and Biggs, the symbolic power of the jewel remains, as Jay-Z continued gifting chains to the likes of Big Sean and J Cole. Rock-A-Fella may not be what it was, but the highly influential moment reverberates still in today's music culture.

"The chain remains, the gangs intact" - Jay-Z in Diamond From Sierra Leone Remix

Generally speaking, wearable objects like apparel and accessories naturally function as symbols for identification, either in the domain of dominant- or subculture. Many of them are publicly attainable without any sort of restriction, allowing every individual to communicate their function, belief, political conviction, interest, or even admiration. Still, it's the exclusive, condition-bound, and hence, the hardly attainable object that appears the most marvelous in its correspondent social context. It often signifies an affiliation to a boundary-pushing group of like-minded friends that defined the narrative for the culture they energetically participated in. When perceived in hindsight, its symbolic statement remains a historical artifact partially responsible for the times we live in today.