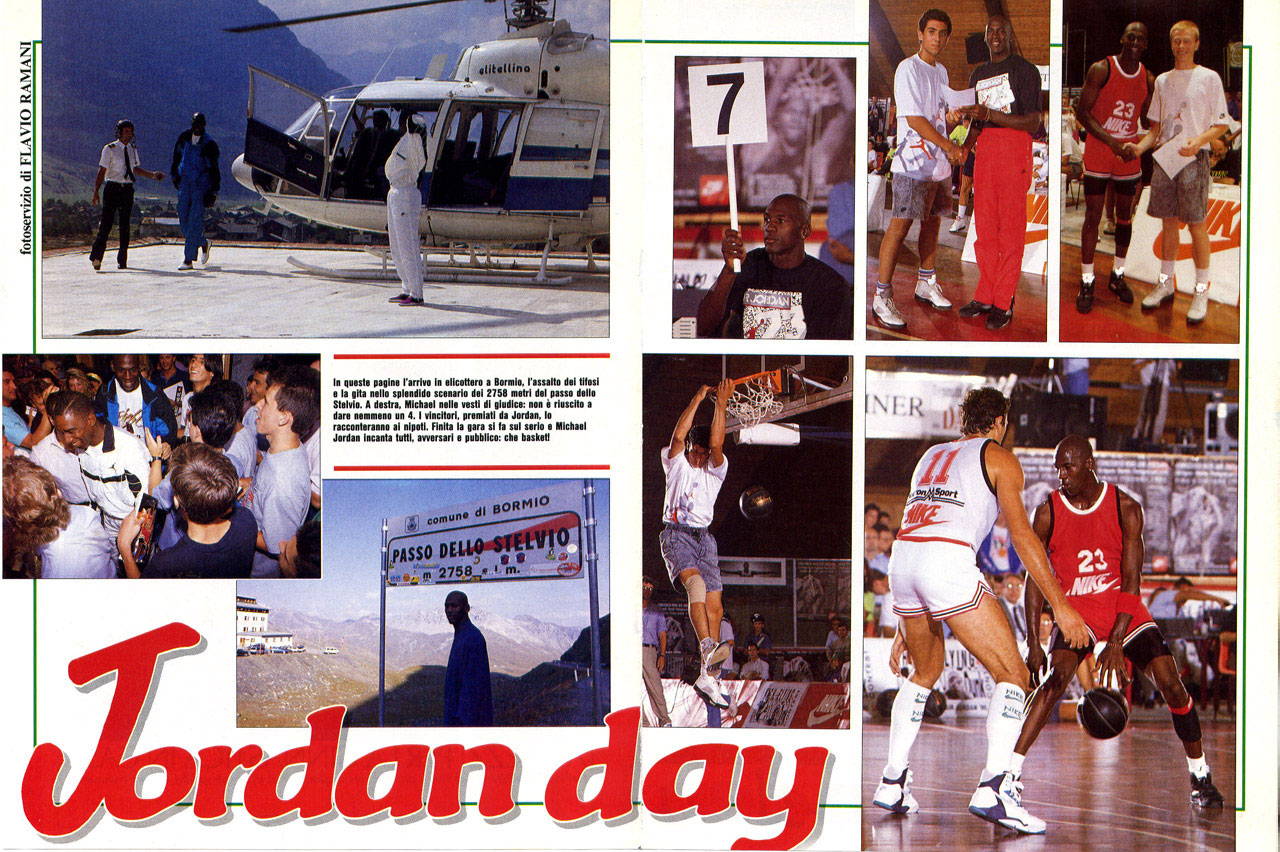 One Block Down and 90sAnxiety are partnering to honor the upcoming release of Jordan Brand: the Air Jordan 4 Crimson 'Red Thunder'. We'll be exploring the model's legacy and cultural relevance from several angles, expressing each through unique visuals that, when pieced together, tell the story of a profound cultural shift.

Michael Jordan lastingly impacted popular culture from the mid-1980s until today, thanks to his phenomenal career as a six-time NBA Champion as well as his personality on and off the court. As alluded to at the end of our trilogy's previous chapter, the fascination for one of history's most outstanding athletes didn't suddenly dissipate when Jordan announced the definitive end of his basketball career in 2003. On the contrary, his popularity and cultural significance formed to go beyond imagination. 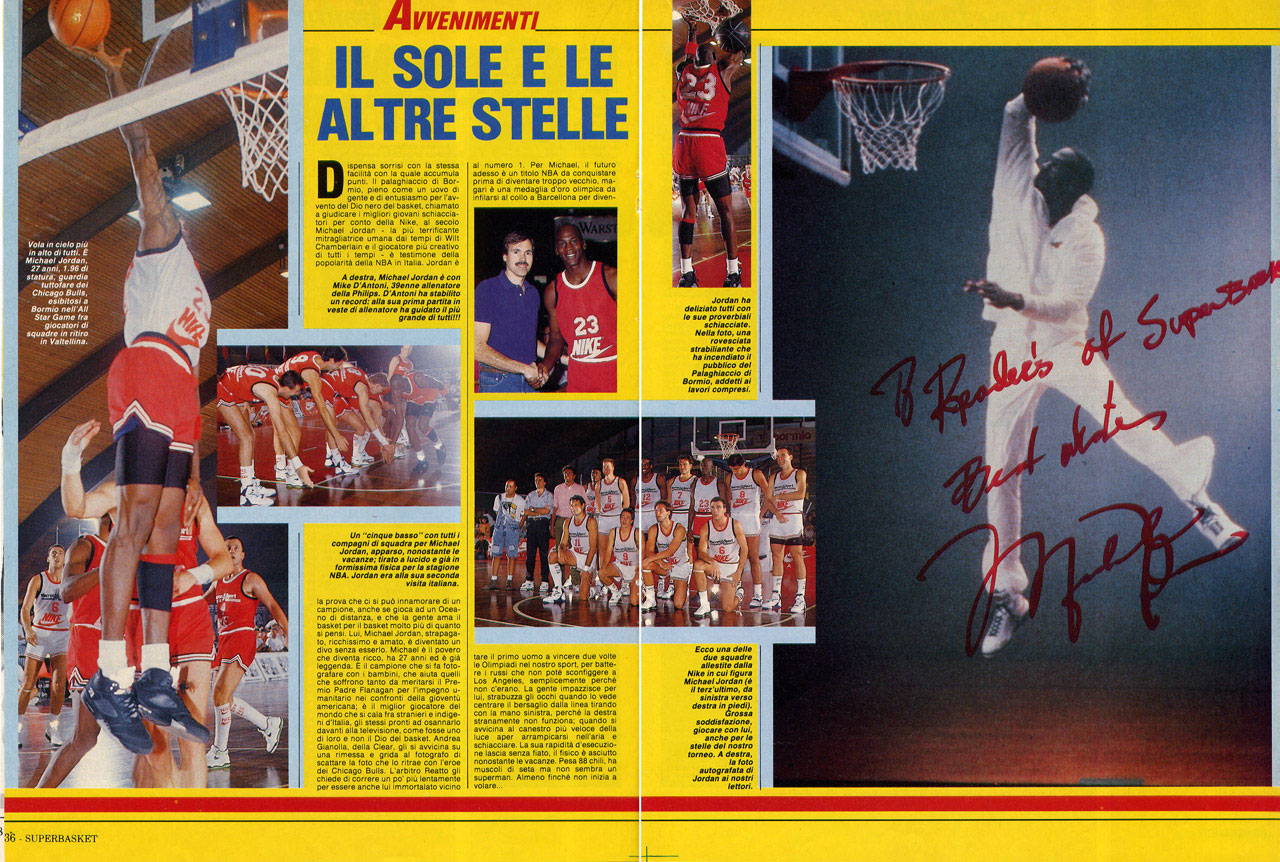 Even though Michael Jordan already gained great admiration across borders while completing two three-peats for the Chicago Bulls, the state of communication was not comparable to our present status quo. Not everyone could record matches and watch the NBA's highlights on-demand like we do today. As information was not easily attainable, fans acquired or lent DVDs or purchased the latest issues of basketball magazines like the Slam. For people outside the US, buying a pair of Air Jordans demanded traveling to America or knowing a friend that was so kind to bring a pair with him when coming back after a stay. The people wanted Michael, but the access was yet highly restricted.

Taking Italy as an example, the country's first occasion to watch the upcoming legend was when Michael Jordan took part in a charity match held in Trieste in 1985 - later becoming iconic thanks to his backboard-shattering slamdunk. As mentioned before, the access to follow his career was rare. Yet, in the early 1990s, Tele MonteCarlo started broadcasting the NBA finals, introducing the NBA to living rooms all over Italy. But not only Italy admired Michael Jordan. Also, Michael fell in love with the dolce vita due to his curiosity for car and motorcycle manufacturers such as Ferrari & Ducati. Brands that later inspired the design process behind several Air Jordan silhouettes. Furthermore, the cities of Florence, Bologna, and Capri became frequently visited destinations for holidays.

This made Michael Jordan and Jordan Brand icons in Italy that went on to inspire kids all over the country through passion and motivation, which continued the legacy of the brand later on. This is why Jordan continues to be a brand for the youth even though many of his most passionate fans grow up in the ‘90s. 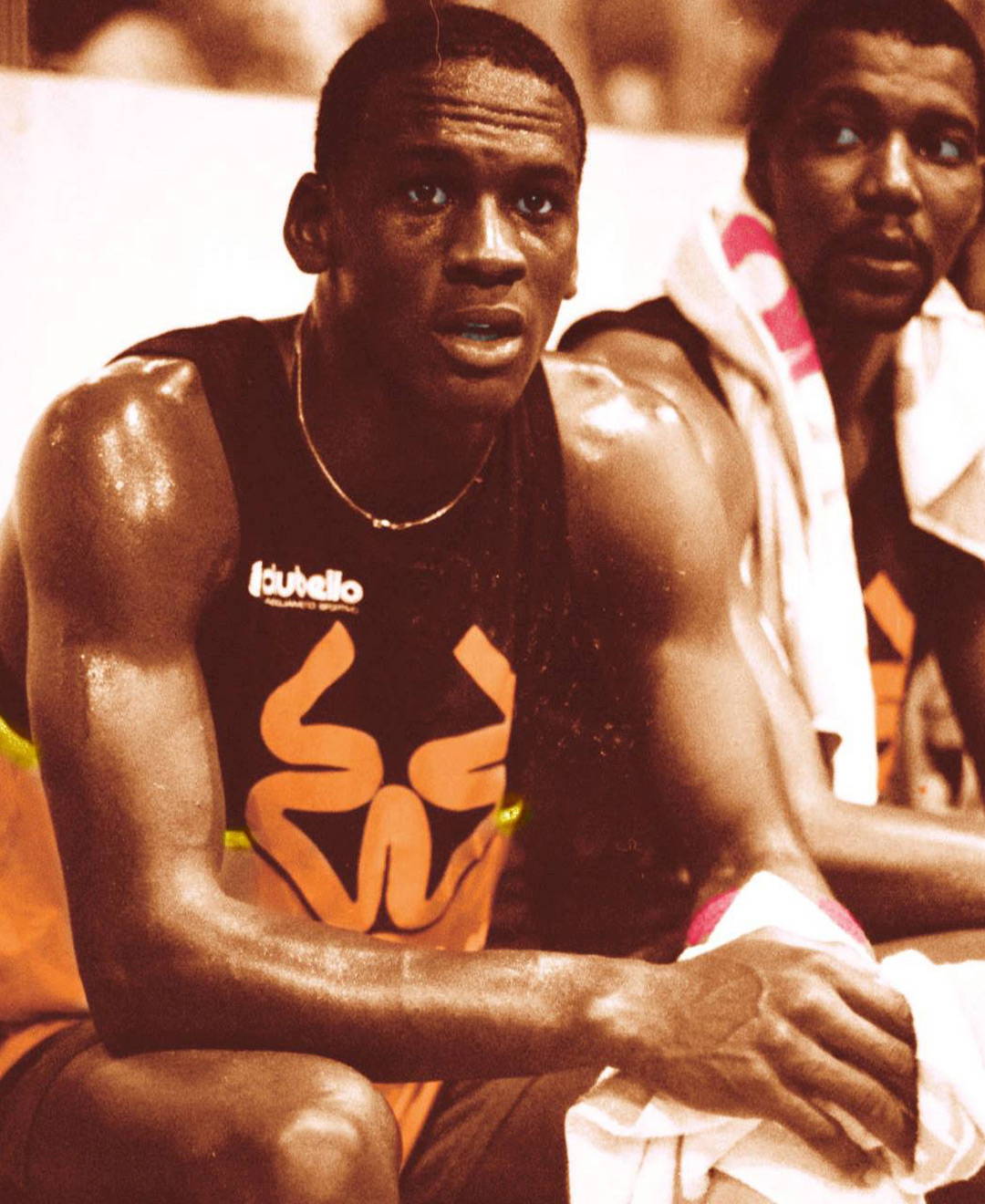 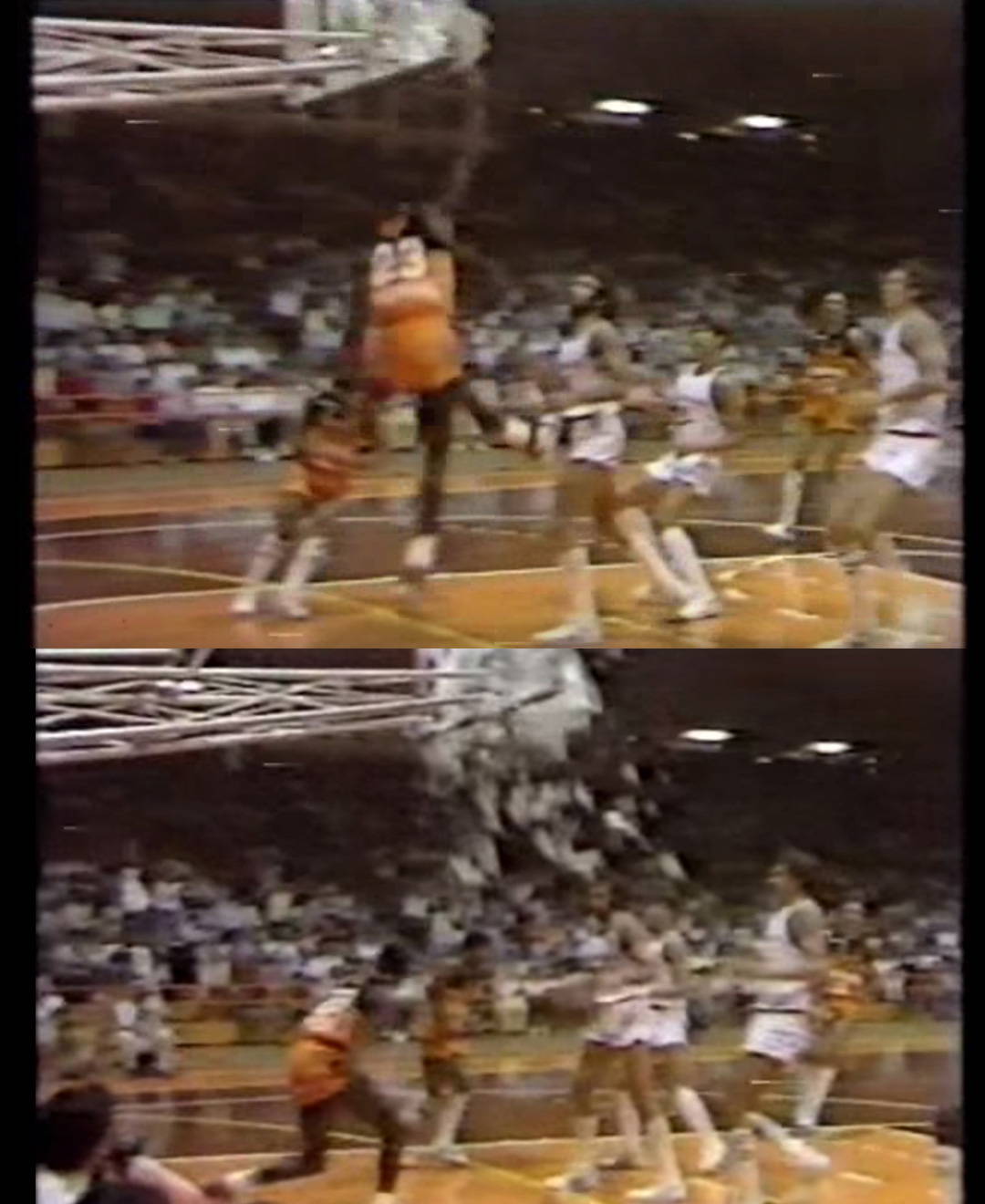 Gradually, technological innovations continued to dictate the Zeitgeist, increasing communication opportunities worldwide. As noted in Chapter II, this cultural revolution paved the way for Sneaker Culture as we know it today. Slowly forming forums like NikeTalk were the first platforms for sneakerheads to gather, exchange thoughts, sell, and trade in the early 2000s. Around that time, Jordan Brand started releasing the first "Non-OG" colorways of the Air Jordan 4. For the first time, the silhouette didn't feature a Nike Air logo on the heel, igniting a craving amongst OG's to re-establish the original branding. Still, colorways like the Metallic Green, the Laser, the Cool Grey, and the Black Cat, amongst other fresh versions (also of other Jordan models), became collectibles, sought-after in the world wide web. Simultaneously, the first retailers received the colorways, announced by release calendars on blogs, letting customers from all places wait in line to finally get their hands on the latest pair. These days might not be comparable to the insanity experienced in recent years, yet they defined the blueprint of the modern-day footwear business.

Through the emergence of Social Media in 2008, the sneaker phenomenon slowly manifested itself in the mainstream domain. The general demand increased drastically and people started to wait in line, not for hours, but days until the infinite public desire could only be pleased by raffle systems. That slowly led to the fall off of physical meetings and bonding in front of stores and amplified the business aspect of Sneaker Culture. 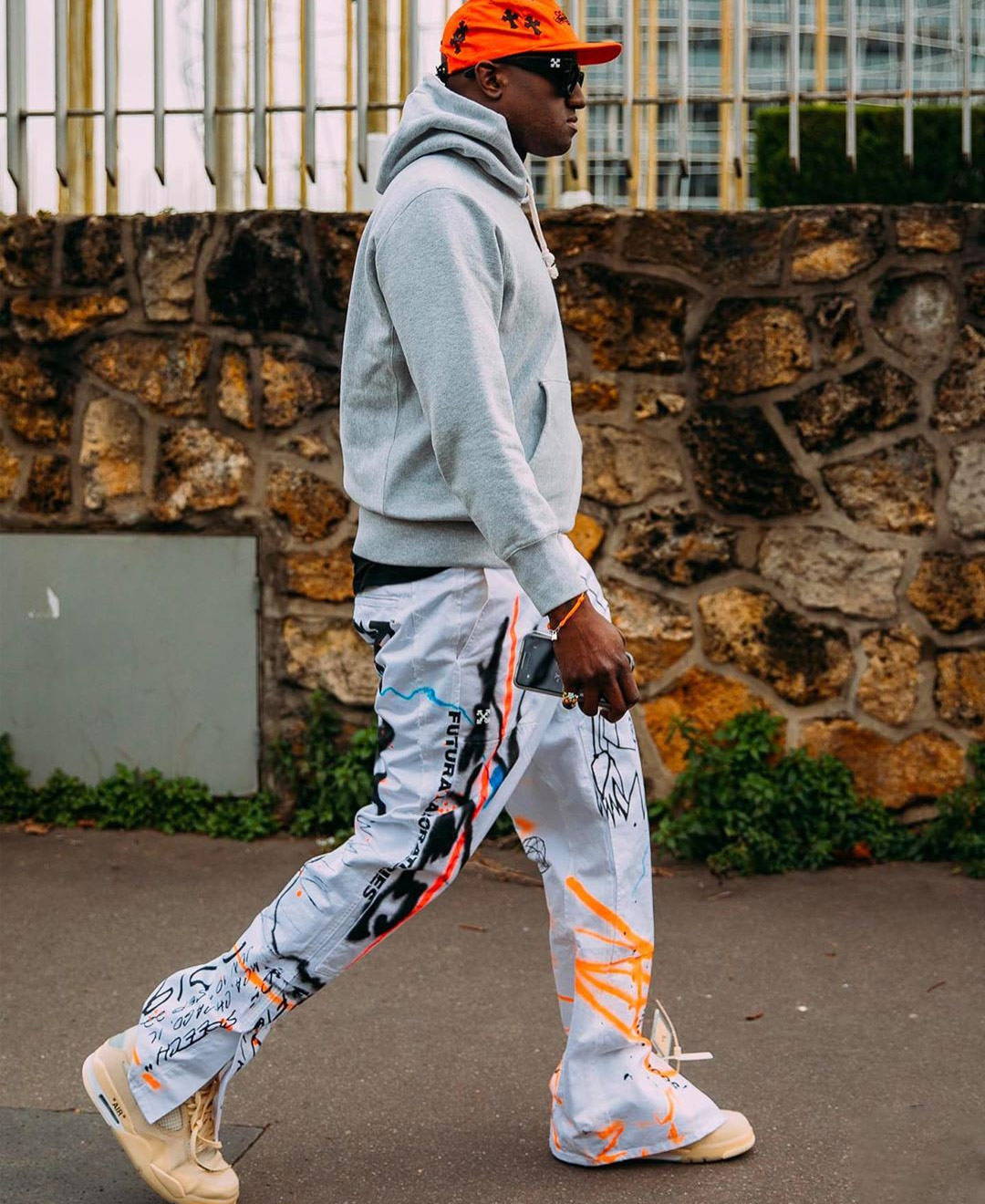 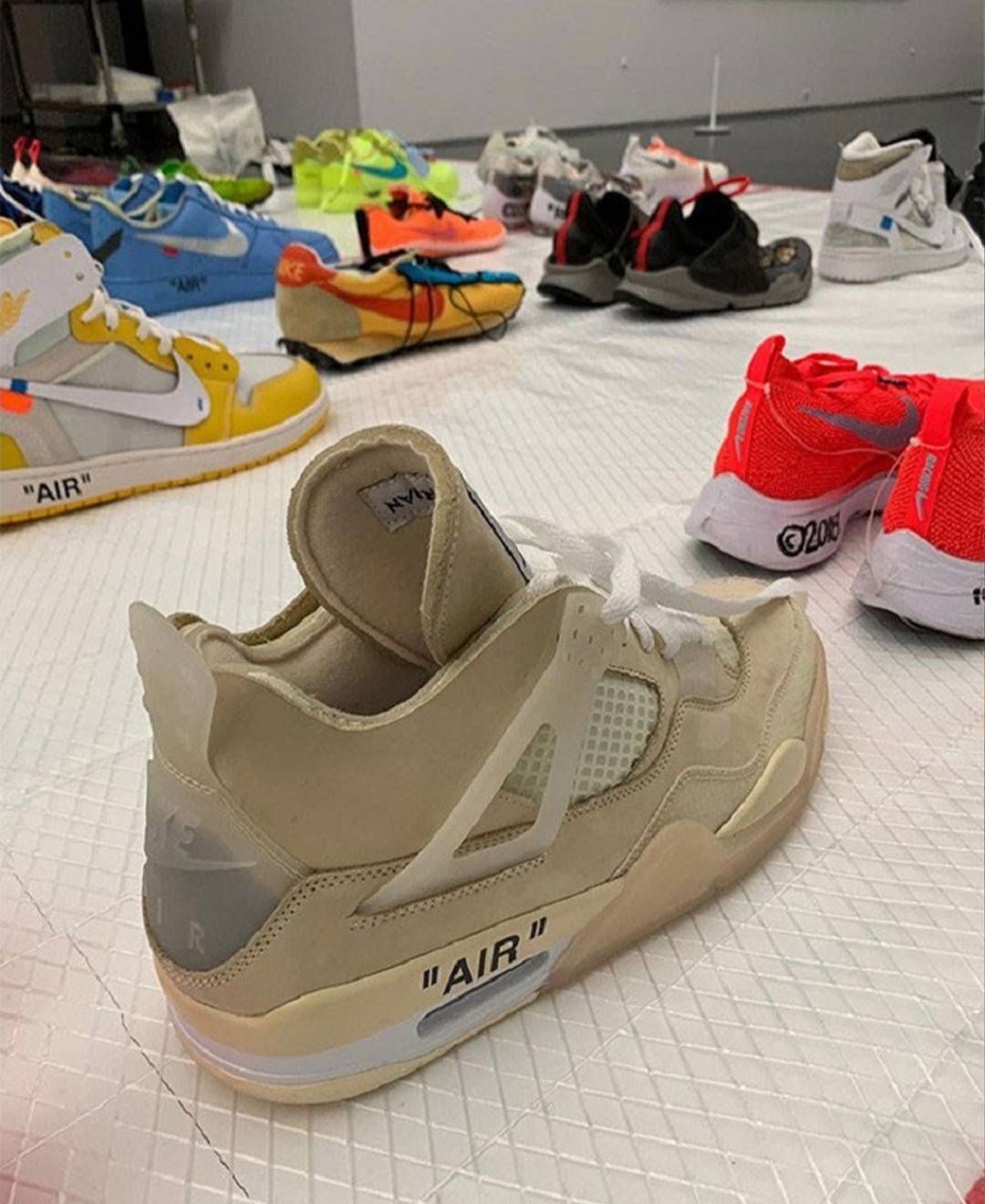 Releases like Virgil Abloh's Jordan 4, released in 2020, were mostly available online, sold to a lucky few, and resold for more than twice the original retail price. The Air Jordan 4 is one of the many examples to display the emergence and steady increasing insanity of modern-day Hype Culture, making thousands of people sign up for raffles of the latest sneaker releases.

At the same time the popularity and influence of social media allowed many people to link up with peers with similar interests and passion, creating new communities not limited by physical distances. Instagram pages and websites started flooding the web with information and analysis of some the most iconic sneakers and cultural moments of the past and present, generating a never seen before wave of content that allowed people of all ages to discover more about their favorite passion or to get passionated about something through this cultural exploration. 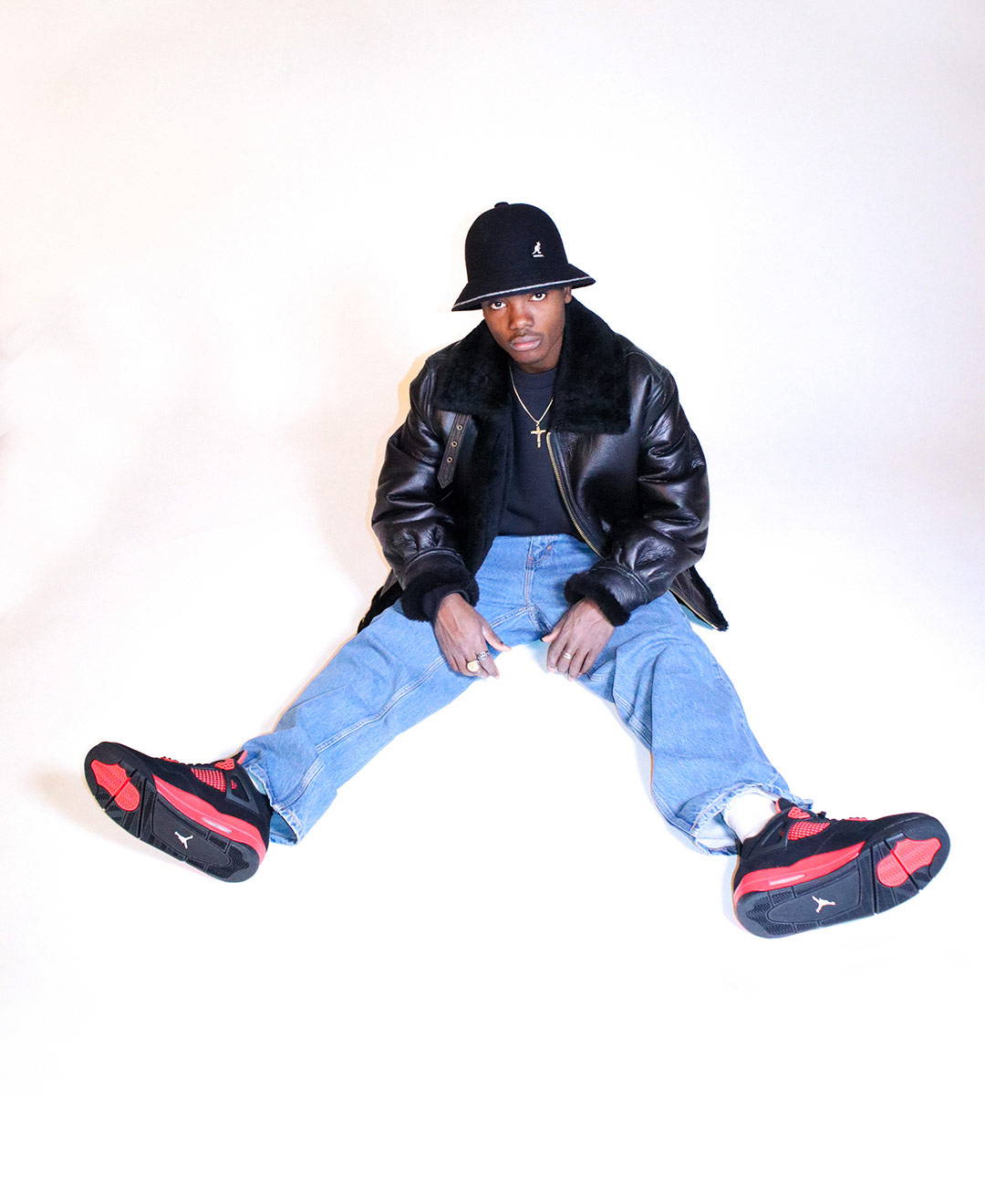 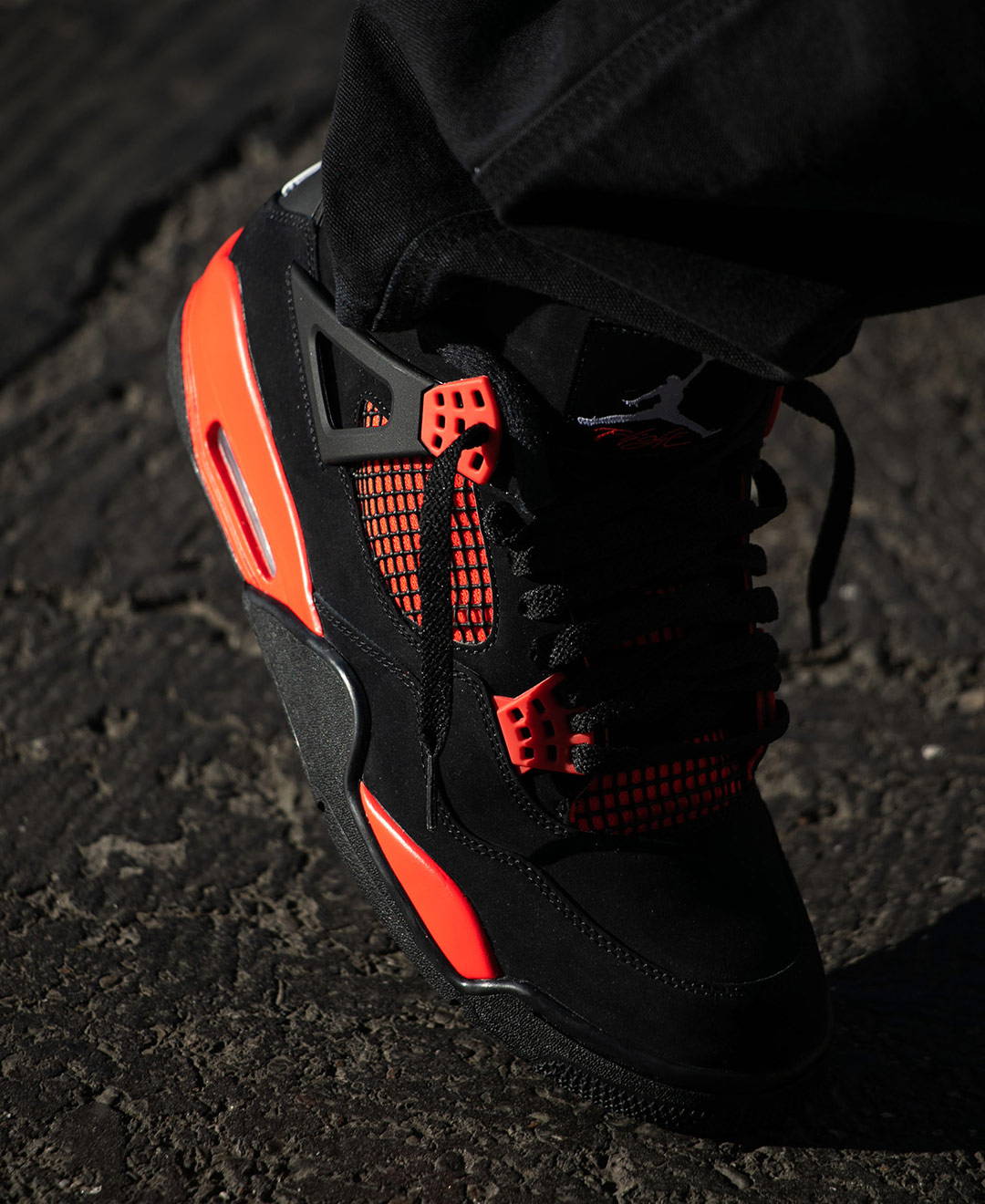 An example of this is the documentary “The Last Dance, released on Netflix in 2020 it explored the career and life of Michael Jordan, from his childhood until its last NBA Championship with the Chicago Bulls in 1998. This series presented to millions of teenagers worldwide that have never seen Michael Jordan play in real-life a chance of understanding is influence on the court and his impact on the game of basketball, cementing even more the role of Michael Jordan as a cultural icon never seen before in sports.

Another aspect that his growing the popularity of Jordan is the rise of videogame and how fans of the brand are pushing to have their avatar or player wear their favorite pair of sneakers; obviously, this started in basketball center games, such as in the NBA 2K series. Lately, thanks to the rise of mods, players of not only basketball games had the chance of wearing their favorite pair, such as in GTA V, where on the online game you can dress your avatar as you prefer. 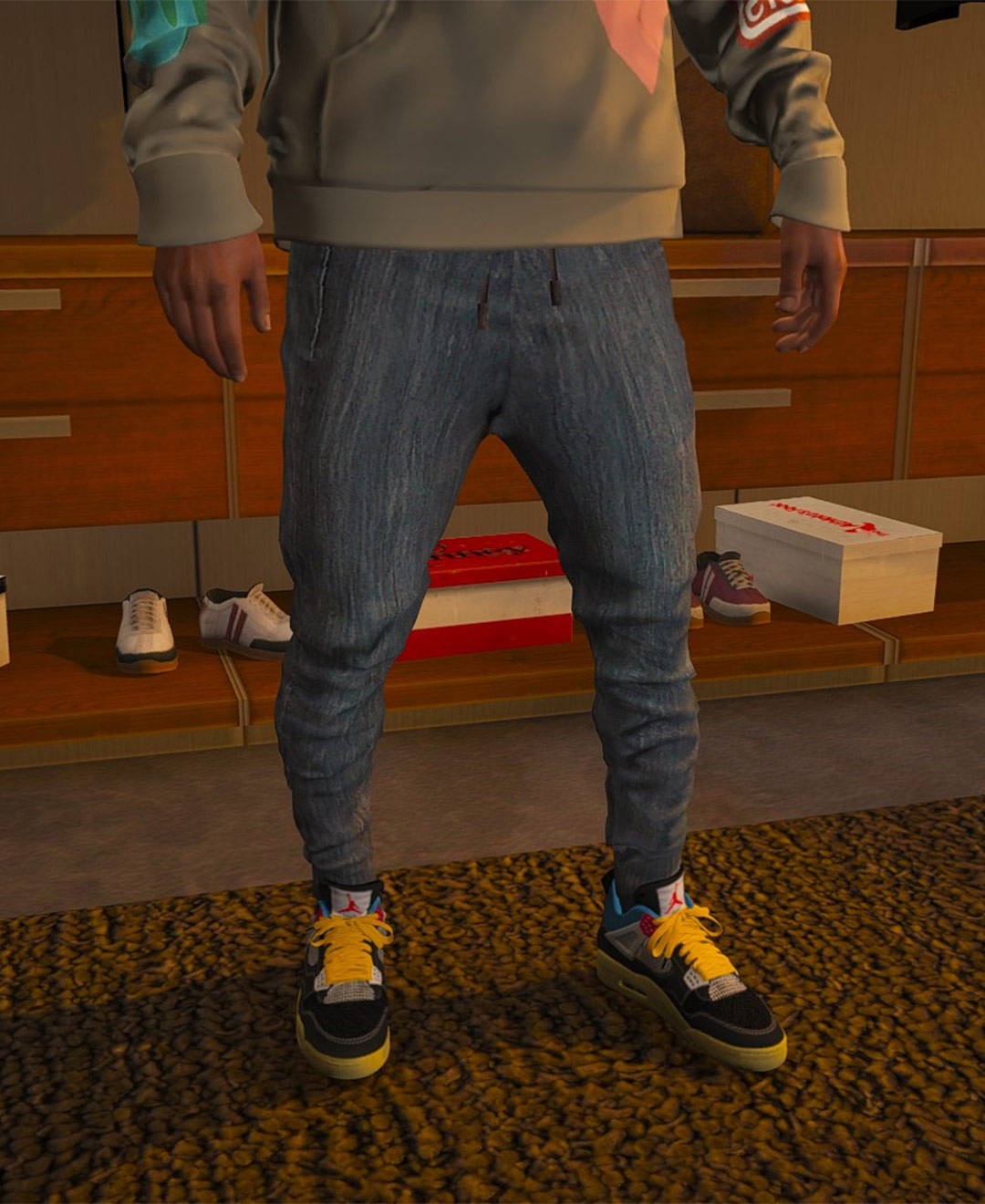 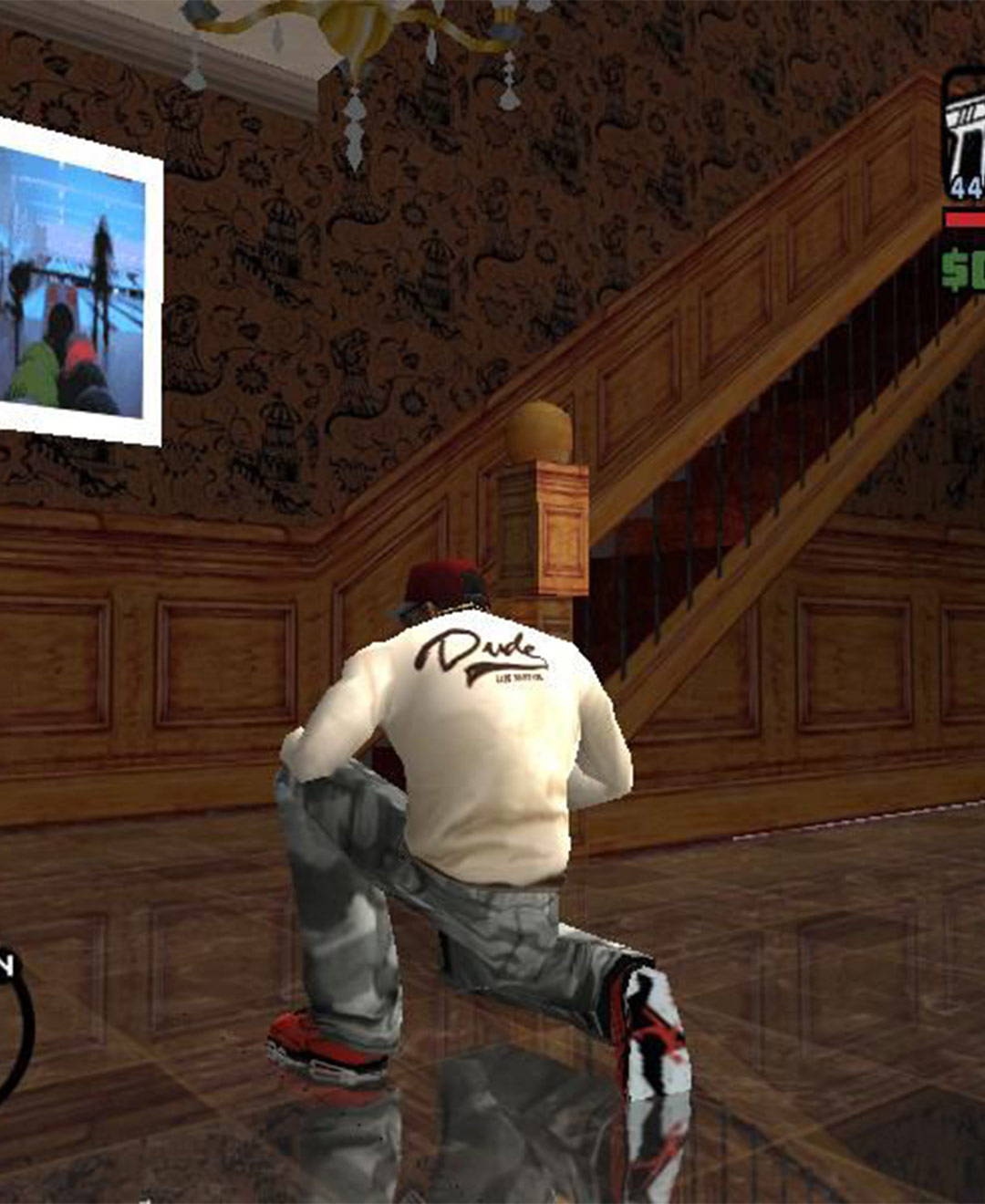 Today the legacy of Michael Jordan and the relevance of Jordan Brand continues to grow, thanks to both an extensive line-up of fan-favorite models and a cultural significance rarely matched by any other brand. Also, thanks to the rise of social media much more people than before have the chance of falling in love with all of this, and understanding better than in the past its history.